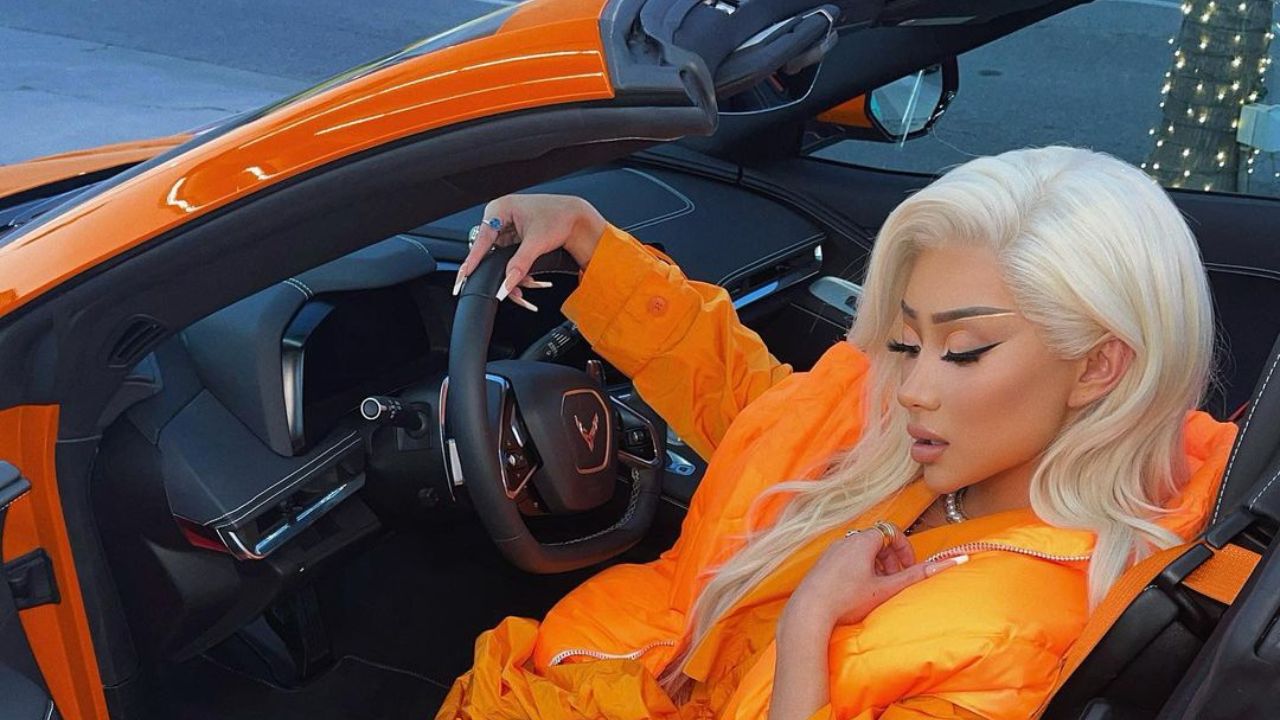 Trans-woman, Nikita Dragun, one of the cast members from Hype House on Netflix, has been a source of inspiration and motivation to all the closeted people.

Having courage in disclosing her sexuality, confronting society’s tantrums, and getting her body surgery, Dragun has walked a long path, and eventually, she is at that position, where every bit of her hard work and patience are treating her well.

The American make-up artist, Dragun was rumored to be in a serious relationship and some people even claimed that she had somewhat a fling with Tony Lopez.

While few people advocated towards Tony being her boyfriend, some denied telling that Tony was just a fling. To everyone’s surprise, Nikita Dragun’s boyfriend is a mystery man. Do you want to know her relationship status?

Previously, we touched on Alex Warren’s weight gain, Thomas Petrou’s girlfriend, Charli and Chase‘s relationship, when the show was filmed, and the net worth of Chase Hudson, Alex Warren, and Thomas Petrou.

Dating Michael Yerger to having a fling with the eminent TikTok star Tony Lopez, Nikita Dragun has a long history in her love life and past relationship.

During May and July 2020, the make-up artist, Dragun spent most of her quality time making TikTok videos with Tony Lopez, thus, their video somewhat hinted that Tony was her boyfriend, and they were in a serious relationship.

While the whole Tiktok was grounding with the scandal that Nikita and Lopez might be in a relationship, bringing shocking news to everyone, Nikita Dragun posted a video with a mystery man during her vacation in Miami in July 2020.

Whenever she posted a video or photo with that man, Dragun used emojis to hide his face. No matter what ways did she imply in hiding that man’s face, the fans’ curiosity went too far, and all of her fans literally changed to detectives. Hence, they found out about her so-called rumored boyfriend, the mystery man, Chase Stobbe.

Adding more to people’s strong instinct, Chase posted an Instagram story on 5th July 2020, where he was lounging by the pool with Nikita Dragun. Upon seeing this story, a plethora of people tagged him as Nikita’s boyfriend.

Conversely, while Nikita and her rumored boyfriend are yet to confirm their relationship, somehow, they might be dating in private. But for now, it isn’t safe to draw conclusions unless one of them publicizes it.

Recently, Nikita and Harry Jowsey’s hook-up news is ubiquitous: from news portals to social media platforms. Although Dragun tried her best in hiding about Jowsey, she could fool the fans.

Subsequently, Harry seems to be a decent man, and in one of the podcasts, he himself admitted to hooking up with the make-up artist. Revealing, both of them were drunk, they had that moment.

When people asked him if he was comfortable with a transwoman, defending Nikita, he told that he sees every other transwoman as a woman.

Born on 31st January 1996 in Belgium, Nikita Dragun is an American Youtuber, make-up artist, and model. Her teenage years were teeming with obstacles as Dragun had a daunting time in knowing her sexuality. However, facing myriads of downs, she came out trans woman.

Being transgender, Nikita Dragun didn’t like her physical appearance, and thus, decided to undergo surgeries. Having breast implants, a brow lift, a nose job, and getting lasers for her facial hair, Nikita changed her whole look.

Also, it has been claimed that the American make-up artist had to undergo more surgeries as her breast implants created complications. Now that, her life will be cast on Netflix’s reality show, Hype House, are you exhilarated to see what Dragun brings to the show?