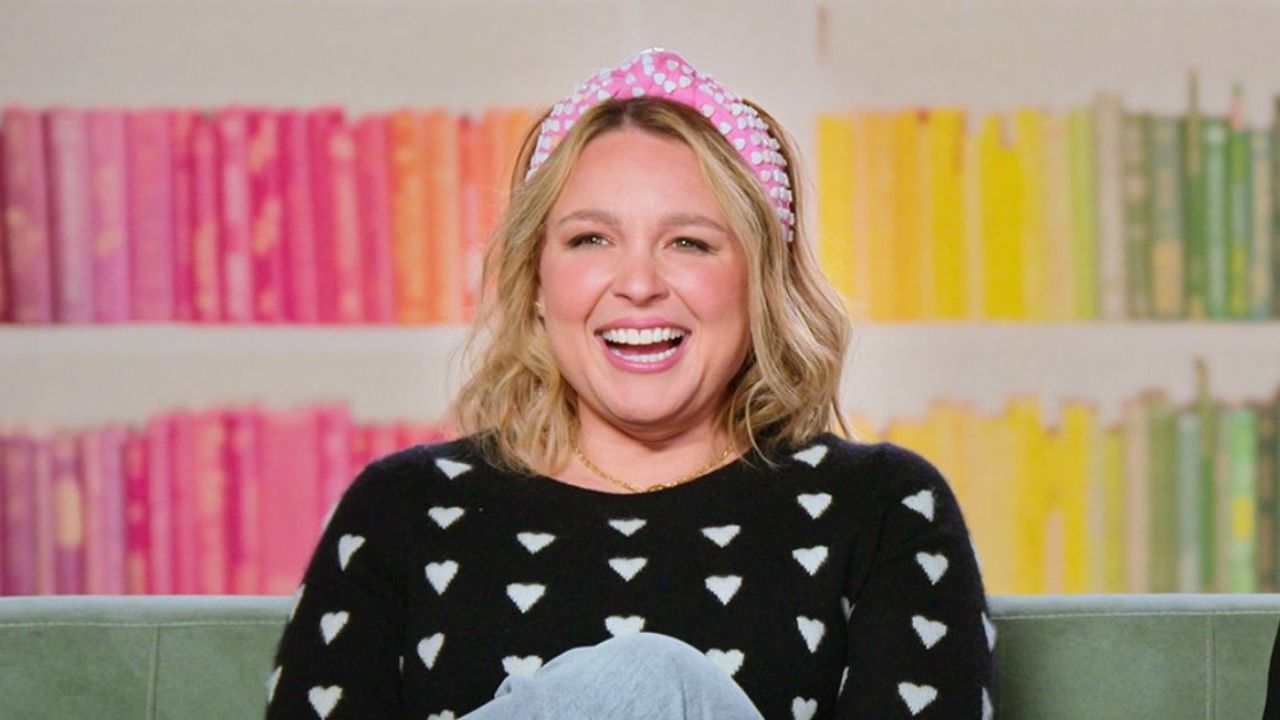 Joanna Teplin, the co-host of Netflix’s Get Organized with The Home Edit, seems to be obsessed with headbands as we can see her wearing various headbands throughout Season 2. Fans are curious to know about Joanna Teplin’s connection with all the headbands. However, nothing is revealed about Joanna wearing headbands most of the time in the show. Know everything about Joanna’s headband, including where she buys her headbands from.

Get Organized with The Home Edit on Netflix is a great place to start if you’re seeking spring cleaning ideas. The Home Edit creators Joanna Teplin and Clea Shearer, who are professional organizers and know how to simplify homes quickly, are featured in the reality series.

The second season of the Netflix original premiered on April 1, and viewers are getting a new look at the characters as they work on projects for celebrities and normal people around the country.

Clea and Joanna showcase their day-to-day company operations, as well as their lives as wives and mothers, on the show in addition to their projects. During the second season’s eight episodes, the duo took on more than a dozen tasks for various clients.

Interestingly, fans had their eyes on Joanna’s headbands in every episode of the show and were wondering what all the fuss was about. Well, here is everything we know about Joanna’s headband.

The Home Edit: What Is Up With Joanna Teplin’s Obsession With Headbands?

Joanna Teplin and Clea Shearer (@cleashearer), one of the most sought-after home organizer duos, have gone far and wide to help celebrities such as Eva Longoria, Khloe Kardashian, and Reese Witherspoon.

Christina Applegate’s Instagram post inspired them to start their company, The Home Edit. But it was the Netflix show Get Organized With the Home Edit that made the duo famous around the world. Joanna’s headband collection is also highlighted in the show which fans are really curious to know about.

Joanna wears a bright yellow-daisy-colored number, a soft pink piece with what appears to be heart-shaped appliqué, and an off-white headband in the Season 2 trailer of Netflix’s Get Organized With the Home Edit alone. We can assume that Joanna has a habit of wearing coordinating clothes with her fashion-forward headwear.

Joanna hasn’t yet revealed her helpful hints for finding the perfect headband. She and Clea collaborated on an organizing collection with Walmart, which thankfully includes a few headband suggestions. Joanna compiled a list of Lele Sadoughi headbands exclusively for her favorite part.

Joanna includes a white headband with positively ROYGBIV-Esque stripes, a white headband with a tiny, dark blue pattern, orange and pink striped terrycloth headband, and a soft pink studded design in her curated collection for Walmart. The only problem is that the headbands appear to have sold out.

Lisa Lele Sadoughi got her stripes as an associate jewelry designer at Ippolita, where she became an expert in all things jewelry and accessories. She started working for J.Crew in 2011 as a jewelry design director, and she stayed for nearly six years.

Lele founded her label in 2012 and quickly turned it into a major player. It specialized in jewels during the time. Lele Sadoughi now sells sunglasses as well as leather products such as handbags and, of course, headbands.

The official Instagram account of The Home Edit (@thehomeedit) has a lot of home décor inspiration, brief clips promoting the Netflix show Get Organized With The Home Edit, and a lot of pictures of Joanna’s best headbands.

Is Netflix’s Get Organized with The Home Edit Scripted?

Some makeover shows highlight a single transformation per episode (or season!), but on Get Organized with The Home Edit, Clea and Joanna do multiple tasks at once. At least one full makeover is featured in each episode, and the duo continues to work on other projects throughout.

While the makeovers on Get Organized with The Home Edit are unquestionably not scripted, viewers can see a shorter version of the organization process from beginning to end on each episode which is why some viewers have wondered if Clea and Joanna are always on such a tight schedule when it comes to completing their projects.

When Season 1 premiered in the fall of 2020, Clea confirmed the theory that the room transformations were accelerated for maximum impact. In an interview with  Entertainment Weekly, Clea said,

It’s stressful. I literally want to sit down with every single person who’s watched the show and explain to them that the time crunch is real — because some people think it’s for drama. We are given a very specific amount of time that we’re allowed to even be in the person’s home. Then, the crew can only work so many hours so we can’t even really go over and they have to film the intro, us meeting the client, seeing the space, going through the items before we even get to the organizing, or else there’s no show.

Before you leave, check out Lauren Conrad’s husband.