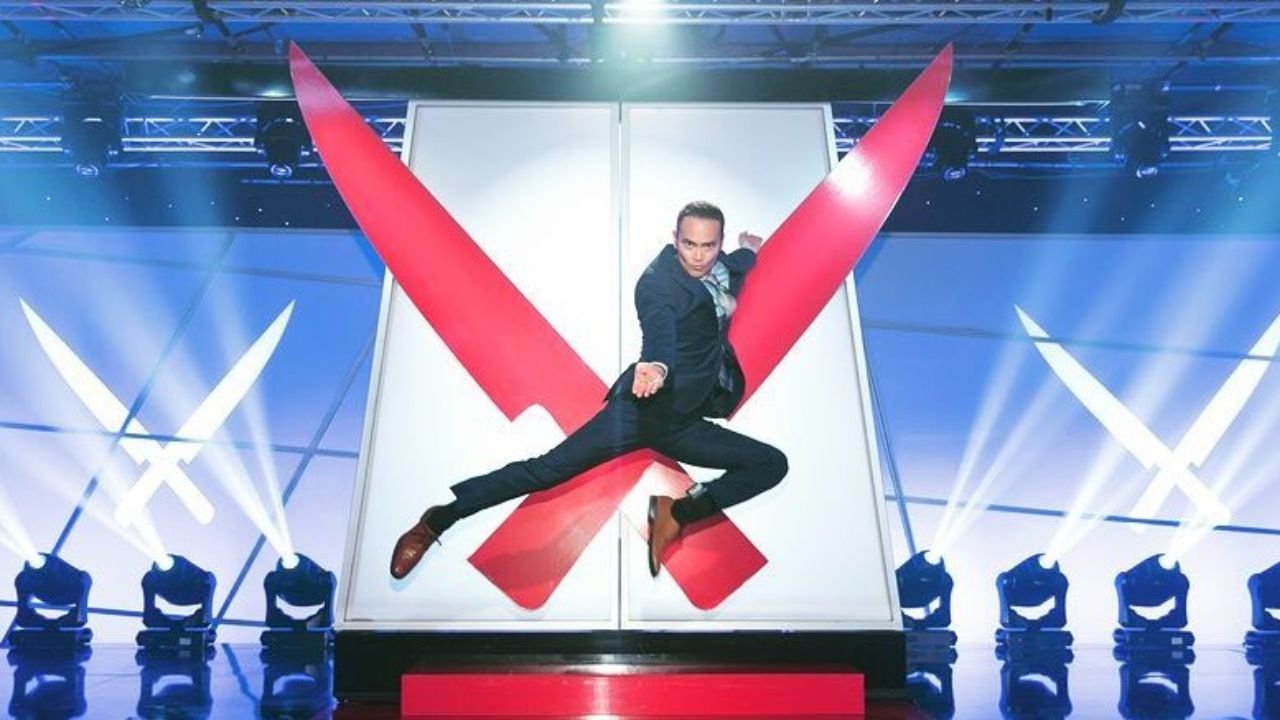 Mark Dacascos appears in Iron Chef America as The Chairman, and Takeshi Kaga played this role in the original Japanese Iron Chef, and Kaga is now reported to be Dacascos' uncle. Even though the performers are not related, viewers think of them as having the relationship of an uncle and nephew. Mark is an actor and martial artist, and while living with his father at a very young age, he has won numerous karate competitions. Go through the article to learn more about Mark Dacascos and his uncle Takeshi Kaga.

The legendary cooking competition Iron Chef America has returned to Netflix after dominating the Food Network for more than a dozen seasons. The first season of Iron Chef: Quest for an Iron Legend is now streaming. It's an eight-episode first season, shot in a new Los Angeles kitchen stadium with familiar basics. The show's elite Iron Chefs compete against rival chefs in deadline cooking challenges with meals involving a secret ingredient revealed by The Chairman (actor Mark Dacascos reprising the role).

If you've watched Iron Chef for a long time, you know that the show wouldn't be complete without the chairman, Mark Dacascos. As the series evolves, it takes on a new persona. Five new trailblazing Iron Chefs will welcome brave Challenger Chefs to the rebuilt Kitchen Stadium, where they'll compete and be pushed to their boundaries of endurance and creativity while cooking up incredible culinary delights. The most successful challenger in the tournament will face off in a grand finale for the chance to be dubbed the first-ever 'Iron Legend.'

Since the show's inception in 2004, Mark Dacascos has been a regular. It's only right that Mark would reprise his role as chairman in Iron Chef: Quest for an Iron Legend," a Netflix revival. So who is Mark Dacascos's uncle? Well, here is everything you need to know.

Mark Alan Dacascos (@dacascosmark) is an actor, martial artist, and television personality from the United States. He won numerous karate and kung fu championships at a young age between the ages of seven and eighteen. His most well-known roles are Louis Stevens in Only the Strong, Mani in Brotherhood of the Wolf, Toby Wong in Drive, Ling in Cradle 2 the Grave, the titular role in Crying Freeman, and Zero in John Wick: Chapter 3 Parabellum.

Since January 2005, he has been the Chairman of Food Network's show Iron Chef America, and he reprises the role in Netflix's series Iron Chef: Quest for an Iron Legend in 2022. The most recent season boasts a fresh cast of Iron Chefs as well as the most talented opponents ever to enter Kitchen Stadium. While all of this is going on, the chairman is still in charge, introducing the challenges and matchups and generally embodying the Iron Chef attitude.

As the new season begins, Mashed had the opportunity to chat with Mark Dacascos exclusively about his return to Iron Chef, and he highlighted his favorite thing about being the chairman for over two decades. It's no accident that Iron Chef comes from a country where wrestling has been elevated to an art form.

The Chairman is essentially a kayfabe act, and the show he hosts is a gastronomic version of WWE Raw. Takeshi Kaga, who played the original Chairman, is a Japanese icon in his own right. (If you close your eyes, you'll see him in his iconic position, wearing a gilded cape and chewing on bell pepper.) Chairman Kaga's nephew, played by actor and martial artist Mark Dacascos, has been in charge of the American version of Iron Chef for the past two decades.

One of the most important aspects is that it has a long history, beginning in Japan and progressing through several iterations in America. For example, Iron Chef Morimoto was in Japan, then traveled to the United States, and now he is a guest on this 3.0 version.

Takeshi played this part in the original Japanese Iron Chef, and Takeshi's character is portrayed as Mark Dacascos's uncle. Even though the performers are not related, viewers think of them as the relation of uncle and nephew. He is Takeshi's nephew, as revealed in the series' history.

Takeshi Kaga is a well-known Japanese stage and film actor who is best known for his role as Chairman Kaga in the Japanese television show Iron Chef, which is produced by Fuji TV. Kaga and none of the other actors are related to him in real life; he plays a character who has a connection to a character from another series.

Mark Dacascos was born on the Hawaiian island of Oahu. His father, Al Dacascos, is a martial arts instructor from Hawaii whose parents were of Chinese, Filipino, and Spanish ancestry and came from the Philippines. His biological mother, Moriko McVey-Murray, is of Irish and Japanese descent.

In the History Channel documentary Samurai, Dacascos claimed that several members of his mother's family were killed in the Hiroshima explosion. Malia Bernal, an award-winning martial artist, is his stepmother. He was a member of the gymnastics team at Los Angeles Valley College.

He appeared in several action films, including Drive, Brotherhood of the Wolf, Crying Freeman, and Cradle 2 the Grave, in which he fought Jet Li. He also appeared in three video games, including Stranglehold as a voice actor and Wing Commander IV as a live actor.

Before you leave, check out Mark's net worth and ethnicity.