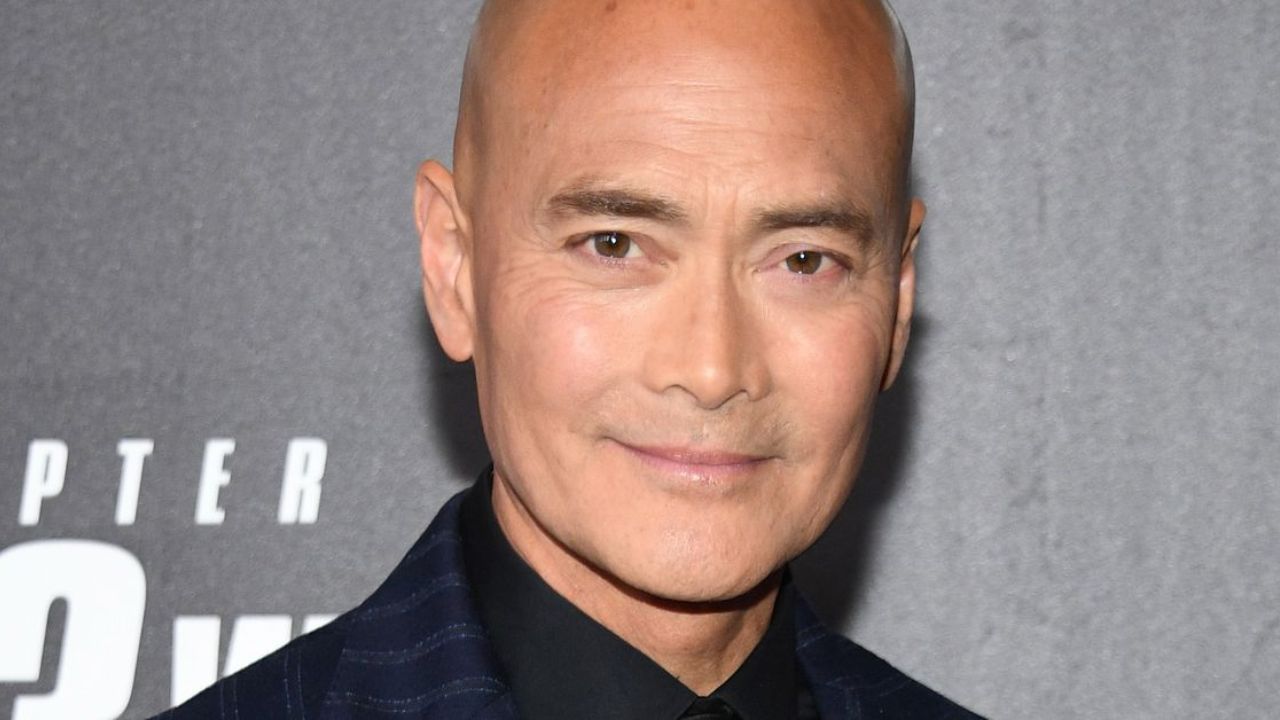 When it comes to Mark Dacascos’ ethnicity, he is of Filipino, Spanish, and Chinese origin. He is one of the major cast in the Netflix cooking show, Iron Chef: Quest for an Iron Legend which recently premiered on Netflix on June 15, 2022. Fans are curious to find out the ethnic background of the Iron Chef Chairman. Well, here’s everything we have on Mark Dacascos’ ethnicity!

You all may know Mark Dacascos, an American actor, martial artist, and television personality. Mark recently appeared on the Netflix series Iron Chef: Quest for an Iron Legend, which is an American cooking show remake of Iron Chef and Iron Chef America. Mark Dacascos returns as The Chairman, and Alton Brown co-hosts the show with Kristen Kish.

In this series, contestants compete in a cookoff with a secret ingredient against the Iron Chefs, and the highest-scoring challenger challenges all five Iron Chefs one more time in the hopes of becoming an Iron Legend. The series premiered on Netflix on June 15, 2022, for an eight-episode first season.

After Mark’s appearance in the Netflix series, Iron Chef: Quest for an Iron Legend, fans are piqued to find out more information about him including his ethnicity. So, let’s find out the Iron Chef Chairman’s ethnic background!

Previously, we touched on Mark’s uncle.

Mark Dacascos’ Ethnicity: What Is The Iron Chef Quest For An Iron Legend Chairman’s Ethnic Background?

Mark Alan Dacascos commonly known as Mark Dacascos (@dacascosmark), is a martial artist and actor from the United States who featured on season 9 of Dancing with the Stars (came 6th) and he is also The Chairman of the show Iron Chef America (2005) and Iron Chef: Quest for an Iron Legend (2022).

His father, Al Dacascos, a martial arts teacher, is of Filipino, Spanish, and Chinese origin. His biological mother, Moriko McVey-Murray, is of Irish and Japanese origin. Moriko was a rock star who toured 46 states and Canada; she worked in the entertainment sector for eighteen years. In the History Channel documentary Samurai, Mark learned that large members of his mother’s Japanese relatives were killed during the bombing of Hiroshima.

However, Mark Dacascos never felt the lack of a mother as he was raised by his father and stepmother Malia Bernal (@malia.dacascos.bernal), a martial artist. Mark is a married man who is currently married to actress Julie Condra (@juliedacascos). Mark and Julie have a total of three loving children. Benjamin Da Coscos was Mark’s biological grandpa. Benjamin was of Filipino origin. Nancy Candida Salva (the daughter of Anastacio Salva/Salba and Christina Florita) was Mark’s paternal grandmother. Anastacio and Christina were of Filipino origin.

Mark Dacascos was born in Honolulu, Hawaii, on February 26, 1964. Dacascos studied at Los Angeles Valley College and participated in Gary Honjio‘s Gymnastics Team from 1983 to 1984. He also attended Portland State University in Portland, Oregon. Dacascos is excellent in his father’s fighting art, Wun Hop Kuen Do.

Dacascos became an actor after being discovered walking along the street in San Francisco’s Chinatown by Chris Lee and Rexall Chin for filmmaker Wayne Wang. Despite the fact that his initial parts were removed, he went on to establish a film and television career, based mostly on martial arts.

In the 1993 film Only the Strong, he played Louis, a Capoeira specialist who takes a secondary school’s future disappointments and transforms their life around by teaching them Brazilian martial techniques based on West African combat systems carried by slaves. The next year, Dacascos co-starred alongside Party of Five‘s Scott Wolf (@iamscottwolf) as Jimmy and Billy Lee, respectively, in Double Dragon, a film based on a computer game.

Mark Dacascos is able to speak different languages which include English, basic Mandarin, German and French. The 58-year-old actor is currently in possession of American citizenship but his ethnicity is a mix of Chinese, Irish, Spanish, and also Japanese.