Kristen Kish’s Wife: The Restaurant Owner Had a Wedding Ceremony With Bianca Dusic! 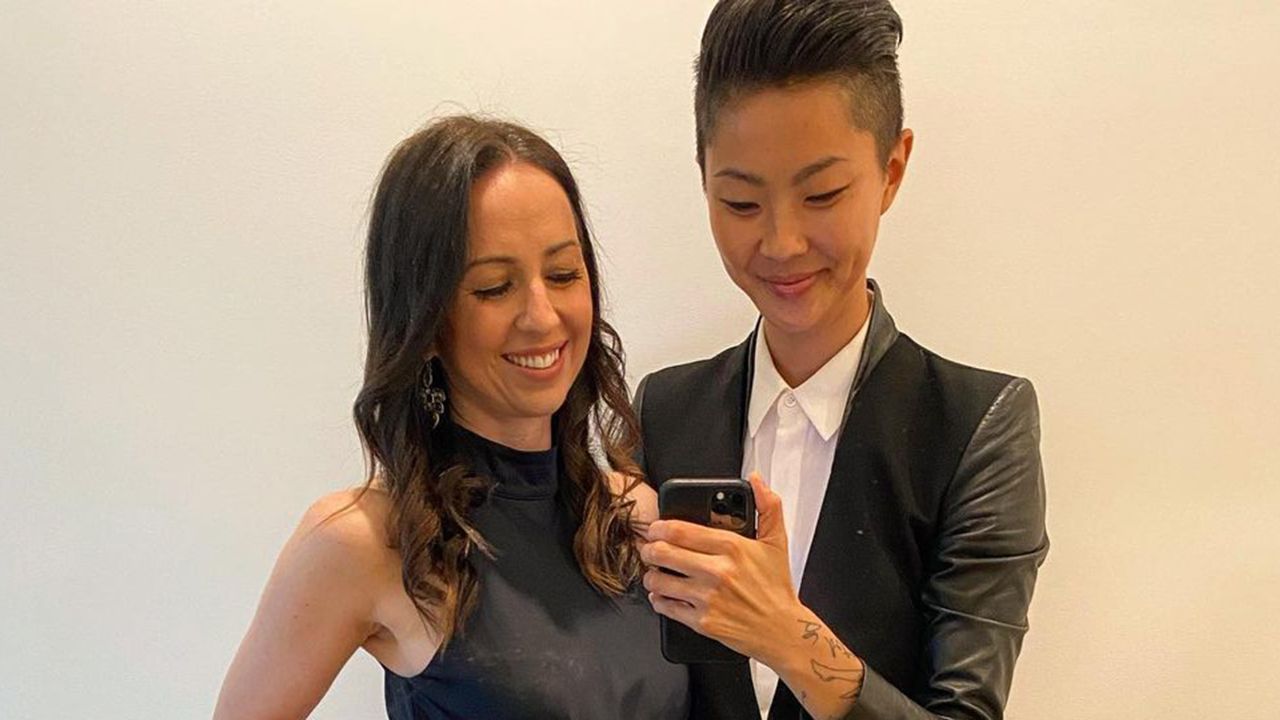 Kristen Kish got engaged and is now married to her wife, Bianca Dusic, who is an Australian entrepreneur and Standard International LLC’s vice president of foods and drinks. Kristen Kish’s wife Bianca Dusic’s age is not revealed yet. In the year 2021, the couple had a wedding ceremony. Kristen had previously been in a relationship with Jacqueline Westbrook. Even though Bianca’s Instagram account is private, Kristen never misses an occasion to brag about her love. Go through the article to learn more about Kristen Kish’s wife.

The most recent installment on Netflix boasts a fresh cast of Iron Chef: Quest for an Iron Legend as well as the most talented opponents ever to enter Kitchen Stadium. While all of this is going on, the chairman is still in charge, introducing the challenges and matchups and generally embodying the Iron Chef attitude.

Iron Chef contains eight episodes, all of which premiered on June 15th. After seeing Kristen Kish, the show’s host and chef, in the new series, fans have been drooling over her and want to know more about her personal life, especially her wife. Thus, here’s what we know so far!

The most recent show Iron Chef: Quest for an Iron Legend boasts a fresh cast of Iron Chefs as well as the most talented opponents, and also the host ever to enter Kitchen Stadium.

Kristen Kish, whose age is 39, has had a big fan base since her days on the series Top Chef, thanks to her captivating and upbeat demeanor. However, we are here to inform people who are unaware that Kristen is now married. In the year 2021, she married her wife, Bianca Dusic.

Before becoming a star chef, Kristen Kish (@kristenlkish) had to overcome a lot of obstacles. This Korean chef was adopted by American parents who allowed her to attend Le Cordon Bleu to master their culinary arts. After graduation, Kristen went on to teach cooking at Stir, a culinary teaching kitchen in Boston. Barbara Lynch, the kitchen’s owner, appointed Kristen to be chef de cuisine at her Menton restaurant in Boston in 2012.

If you don’t reside in Austin, where Kristen Kish’s restaurant, Arlo Grey, is located, there are plenty of other projects where you may watch this insanely skilled chef. Kristen has participated three times on Food Network’s The Best Thing I Ever Ate and was a judge on both Dishmantled and Guy’s Grocery Games in 2020.

Kristen Kish, who stands 5’6″ tall in height, worked at Menton until 2014 when she decided to leave due to male dominance in the kitchen. Kristen debuted her Arlo Grey eatery in Texas in 2018, and women primarily staff it. Kristen is known for being a celebrity chef who won the show’s tenth season, in addition to owning a kitchen. Kristen, on the other hand, continues to work on television.

Kish’s now-wife is by her side all of the time, ready to assist her better half for the rest of their lives. Chef Kirsten married her lover, Bianca Dusic, who is the VP of Food and Beverage at Standard Hotels and also works in the hospitality sector.

Kristen Kish shared a sweet Instagram photo of the lovely couple and their new diamond rings in late September. The Top Chef Season 10 champion stated, “She answered YES to a lifetime of Sunday morning coffee dates and bed head.” For a long time, the Le Cordon Bleu alum and Arlo Grey executive chef has referred to Bianca as her forever date, and the two have been living together in New York City.

Kristen Kish surprised fans by coming out as a lesbian in 2014. Kristen’s decision to change her sexuality caused her a great deal of discomfort in society. But there was one woman who was always there for Kristen. Bianca Dusic, her life companion. Kristen and Bianca have been together for a long time. Their relationship history, on the other hand, has been kept secret for years. Kristen Kish had previously been in a relationship with Jacqueline Westbrook (@jackiewestbrook).

The host did, however, publicly announce her engagement to Bianca Music on September 29, 2019. Many followers, including some major celebrities, were thrilled for Kish and Dusic when they shared an intimate photo of one another. Her engagement ring was also revealed by MTV.

Talking about Kristine Kish’s wife, Bianca Dusic is an Australian entrepreneur and Standard International LLC’s vice president of foods and drinks since 2019. She formerly worked at Soho House and Petit Ermitage as food and beverage director. Bianca prefers to keep her personal life private, but her boyfriend is not shy about sharing more about her on Instagram.

She is currently the Vice President of Food and Beverage at the Standard International Hotel. Bianca has previously worked with The Sydell Group. Bianca has extensive experience in the food and beverage business. Dusic has been qualified as a health coach by the Institute of Integrative Nutrition Graphic. Bianca was born and raised in Australia, where she now lives with her entire family. In New York, she and chef Kristen are presently sharing an apartment.

Even though Bianca’s Instagram account (@b4bianca) is private, Kristen Kish never misses an occasion to brag about her love on social media. Kristen dedicated a post to her wife on April 11th, calling her the greatest love letter ever written and brought to reality, and we’re completely melted.

Before you leave, check out Kristen’s tattoos.