Allez Cuisine, Meaning: Go Kitchen; The Tone and Pronunciation Would Be Gruff and Familiar! 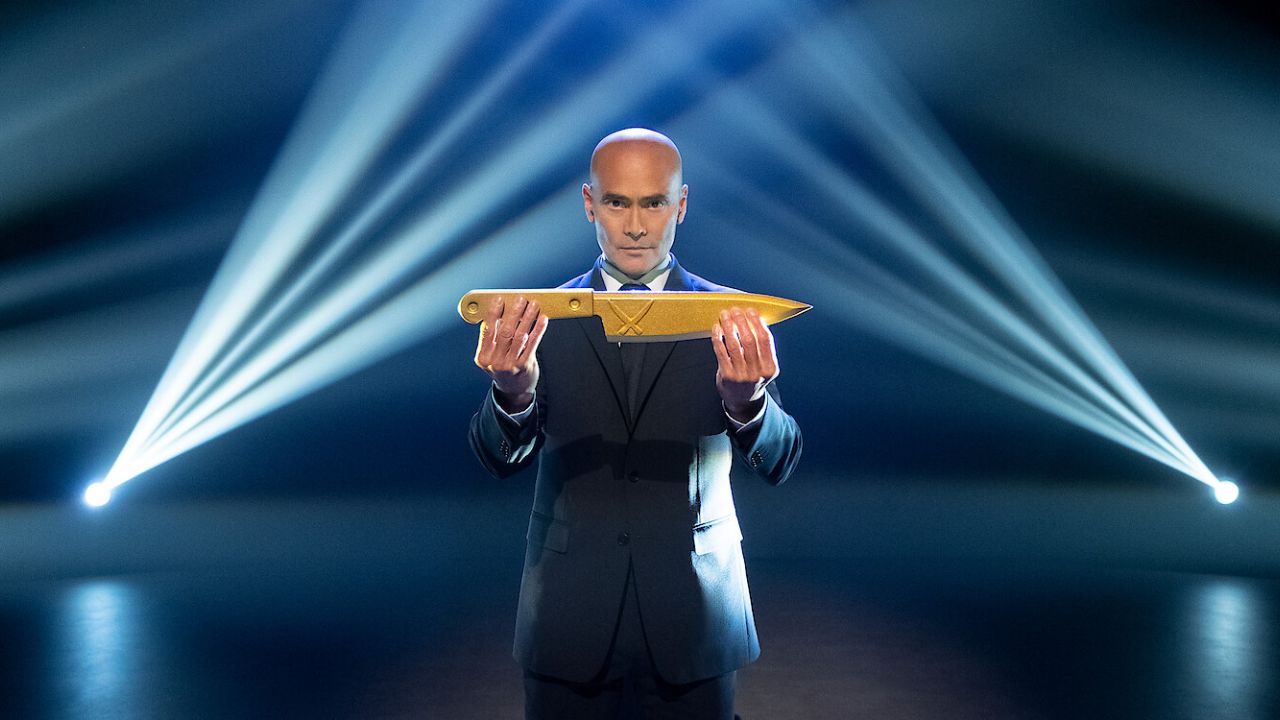 Allez! Cuisine! has the meaning Go! Kitchen. The original 1993 series, Iron Chef, featured Chen Kenichi as Iron Chef, Yutaka Ishinabe as Iron Chef, Derry Drajat played the proprietor of Kitchen Stadium, and Gunardjo, an Indonesian cuisine specialist, served as the major host. When Kaga, the chairman, yells, Allez Cuisine!, this would be a little strange because the tone and pronunciation would be gruff and familiar.

Iron Chef: Quest for an Iron Legend is a new food show on Netflix after years of original Iron Chef. If you've been waiting for a season that promises to be bigger, better, and even more dramatic than anything you've seen before, then look no further. The chefs and challengers have returned, and they're all packing the heat this time!

The high-octane cooking competition, which premieres on Netflix on June 15, is a fresh twist on the brand with a big-name lineup. The show, aptly dubbed Iron Chef: Quest for an Iron Legend, pits five legendary chefs against a group of talented up-and-comers in the culinary world.

The show's structure remains largely the same, with challengers competing in the Kitchen Stadium against one of the Iron Chefs each week. The challenger with the highest score at the end of the season will face off against all five Iron Chefs for the coveted golden knife as well as the title of first-ever Iron Legend.

As the recent Iron Chef was released on June 15, viewers wanted to know the meaning of Allez Cuisine and the Original Iron Chef. Well, we have got all your answers here!

On October 10, 1993, Fuji Television broadcast the debut episode of the show Iron Chef. Each episode starts with a scenario that sets the tone for the rest of the show. Takeshi Kaga was inspired by French chef Jean Anthelme Brillat-Savarin to create Kitchen Stadium, a venue where he aspired to encounter fresh, innovative cuisines that may be considered true artistic achievements.

The show's main premise was that a chef from Japan (and occasionally elsewhere in the world!) would be invited to compete against one of three Iron Chefs, each of whom specialized in a different sort of cuisine, Japanese, Chinese, or French. As the series proceeded, a fourth chef was recruited to the cast, bringing Italian cuisine to the table. Both chefs would have 60 minutes to prepare a delectable spread for a panel of Japanese celebrity judges, who would then taste each of the dishes later that evening. The winner is the individual who has the highest score.

From March 1, 2003, through August 12, 2006, Indosiar aired the first Indonesian rendition of the Iron Chef series, dubbed Allez Cuisine, after Chairman Kaga's motto in the original series.

Derry Drajat played the proprietor of Kitchen Stadium, and Gunardjo, an Indonesian cuisine specialist, served as the major host. Three Super Chefs, or Iron Chefs, were featured on the show. Each episode lasted one hour. A mini-game segment with six competitors featuring the episode's primary ingredient was also featured on the show. Typically, the mini-game phase lasts two minutes. After the main cooking part is completed, the Super Chef will assess the mini-game outcomes and announce the mini-game champion.

Allez Cuisine has the meaning "Go! Kitchen!" and is maybe the two most revered words ever spoken in Kitchen Stadium. Every fight begins with the utterance of this phrase.

Takeshi Kaga, a Japanese stage and film star, is the chairman, and from his castle residence, he is a fan of excellent delicacies from all over the world. Also, when Kaga, the chairman, yells Allez Cuisine (meaning Go Kitchen), this would be a little strange, because the tone and pronunciation would be gruff and familiar.