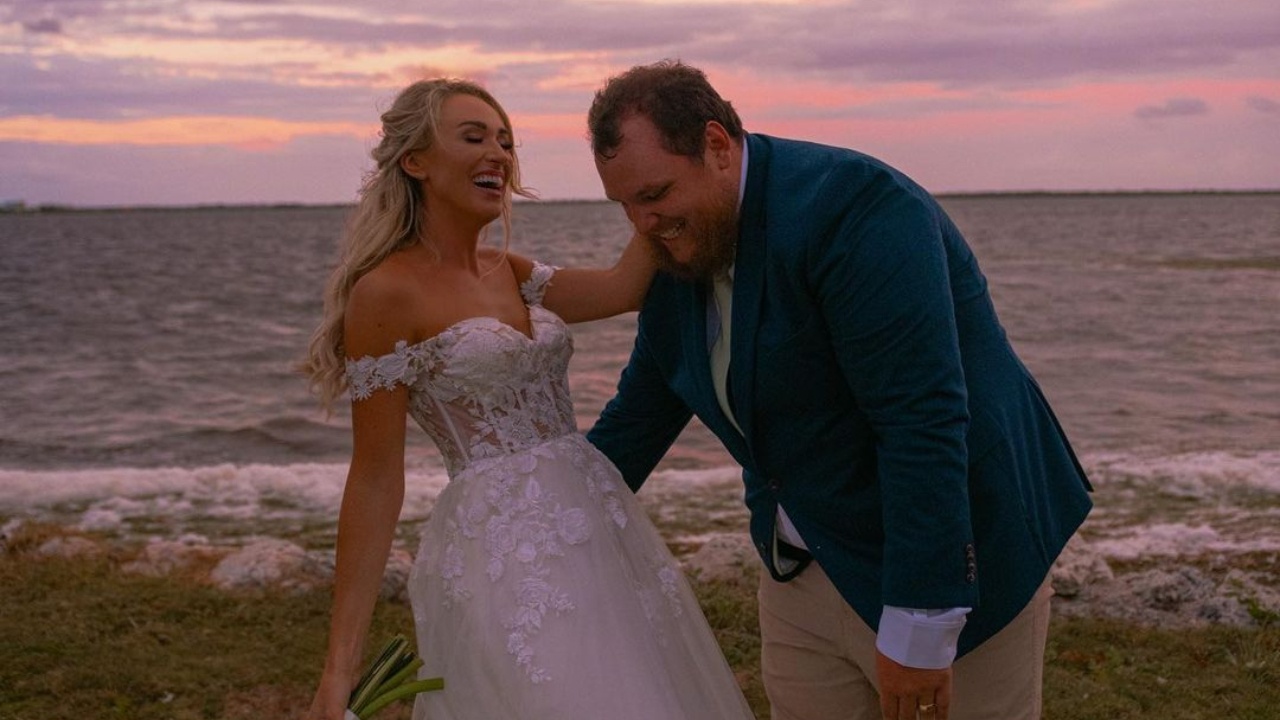 Luke Combs is married to his wife Nicole Hocking since 2020. The couple enjoys a blissful relationship. Details of Nicole’s age, Instagram, wedding & net worth.

Earlier in the year, when the singer debuted a music video, Forever After All, depicting their wedding day, fans of Luke Combs were wondering how the country sensation and his wife Nicole Hocking met.

Now, as he makes his appearance on MeatEater Season 10 on Netflix, viewers are once again gathering curiosity surrounding his married life. Without further ado, let’s get right into it.

Nicole relocated to Nashville, Tennessee, after receiving a bachelor’s degree in Civil Engineering from Florida Gulf Coast University back in 2014.

Hocking, as reported by Country Daily, is a part of the recruitment department of Broadcast Music Inc (BMI) and is a public figure with over 800k Instagram followers. Her net worth is estimated to be $650,000.

During the Key West Songwriters Festival in May 2016, Luke Combs met his wife Nicole Hocking for the very first time.

As maintained by Country Fancast, Nicole and Luke locked eyes during the festival and Nicole invited Luke to join her and her buddies. After the weekend’s activities concluded, Luke and Nicole returned to Nashville, where they both resided.

Shortly after, Luke invited Nicole to supper. The couple became close over common interests such as water sports, boating, fishing, and country music. They got in an official relationship by September of the same year.

Luke Combs and his wife Nicole Hocking have been in a relationship since September 2016. As of this month, the pair is together for half a decade.

A couple of years following their dating adventure, Luke got down on his knee and made a proposal to Nicole. They got engaged sometime in 2018, and they announced the news while in Hawaii.

After being engaged for two years, the lovebirds got married on 1st August 2020 in Southern Florida, surrounded by loved ones. Luke and Nicole both posted photos of their wedding day on social media.

Yesterday was the best day of my life. I got to marry my best friend. I love you @nicohocking, here’s to forever.

Before you leave, have a look at Steven Rinella’s married life and net worth. In addition, get to know Samantha Bates and Kristine Fischer.

Plus, discover whether MeatEater on Netflix is real or fake! Also, what caliber does Steven Rinella use?