Halfdan From Vinland Saga: Voice Actor & Son of the Character; Is He Based on a Real Person? 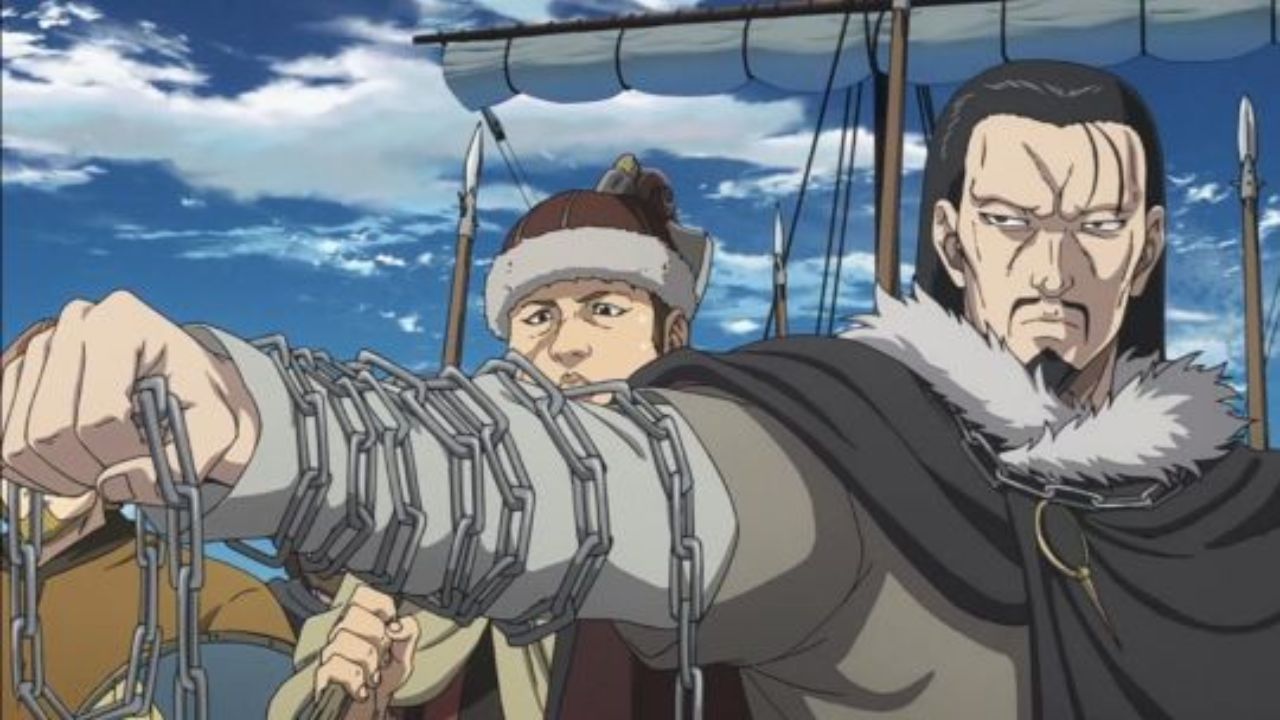 Halfdan a.k.a Iron Chain, one of the characters of Netflix’s Vinland Saga, is a rich and vicious landowner and moneylender who is known for his brutality and skill in using one as a weapon and a representation of his philosophy of chaining others. He also has a wife named Asrid and a son named Sigurd. Additionally, Halfdan is not based on a real person. While Kaiji Tang and John Gremillion are the voice actors behind the English voices, Yoshimitsu Shimoyama provides the Japanese voice.

The plot of Vinland Saga takes place at the height of the Vikings’ supremacy in Europe, recounting King Cnut the Great’s ascension to the English throne and the establishment of his North Sea Empire. Young Icelandic explorer Thorfinn, whose father was killed by mercenaries, works for the mercenaries with the sole goal of exacting retribution against them. Thorfinn’s genuine aspiration is to sail over the ocean and arrive in Vinland, a place of happiness.

With the release of the second season of the show, many viewers have a lot of questions to be answered. One of them being who Halfdan is. Well, here is everything you need to know about Halfdan and its voice actors.

Previously, we touched on the Farm arc.

Halfdan From Vinland Saga: He Is the Rich & Brutal Landowner and Moneylender Who Likes to Show His Dominance to Poor People!

Halfdan, who is known for his brutality, is a rich and vicious landowner and moneylender who has earned the nickname “Iron Chain” for his skill in using one as a weapon and a representation of his philosophy of chaining others. Halfdan’s English dub voices in Vinland Saga are provided by Kaiji Tang and John Gremillion, while Yoshimitsu Shimoyama provides the Japanese voice.

Halfdan has a slim face, narrow eyes, and long, free-flowing hair. Usually, a few hairs fall over his forehead, and it is brushed back. He used to have a tiny beard and mustache in 1002, and his face was smooth. His mustache and beard have grown longer and his face has a more prominent sunken appearance as of 1018. His hair has fully turned white. He frequently sports a cloak wrapped with fur and wraps his recognizable chain over his right arm and a half around his neck.

Halfdan’s brutality and cruelty have earned him a solid reputation. His ideology, which states that chains serve to improve man, both physically and symbolically in the shape of the law, reflects this. Being a slave owner, he wanted to punish his slave for running away and ending himself in Thorfinn‘s hamlet by torturing him in front of his fellow slaves as a lesson. Halfdan is also dreaded by his own warriors since he didn’t hesitate to punish one of them with a chain when he mocked the legitimacy of the law.

Halfdan has grown more cunning as he has matured, keeping his viciousness while lending to struggling or destitute farmers, taking possession of their land when they are unable to pay him back, and using them as his symbolic slaves. His primary driving force is his love of purchasing men’s pride and then being able to take it away from them as a show of dominance.

Halfdan is revealed to have an extremely patriarchal perspective of women, believing that they are best suited for childbearing and forming political connections through marriage. He does not typically respond to his wife Asrid‘s outspokenness because he also tolerates it.

Talking about his ability, Halfdan has perfected the use of his chain as a weapon and can quickly disarm an opponent or wrap them around the head, putting them at his mercy. By tugging the chain back firmly, he may either cause head and facial injuries or uncoil it without doing any damage. Even as he becomes older, Halfdan can still wield his chain successfully, and because it’s a weapon that’s not often utilized, it’s challenging to defend against.

One of Halfdan’s slaves escaped in 1002 and made his way to Thorfinn’s town. Leif Ericson protested to the man disembarking at the dock, but Halfdan assumed he had come there in a longship with a dragon’s head attached. Additionally, the character does not seem to be based on real-life people.

Additionally, he also has a son named Sigurd, who is Gudrid‘s previous second spouse. Currently, he is Hattrgerd‘s husband. Talking about Sigurd’s appearance, he has adopted his father’s style and is a near-exact replica of him as a child. He maintains a tiny mustache and goatee while wearing long, swept-back hair.