Meet Thorfinn’s Wife in Vinland Saga: Who Is Gudrid? 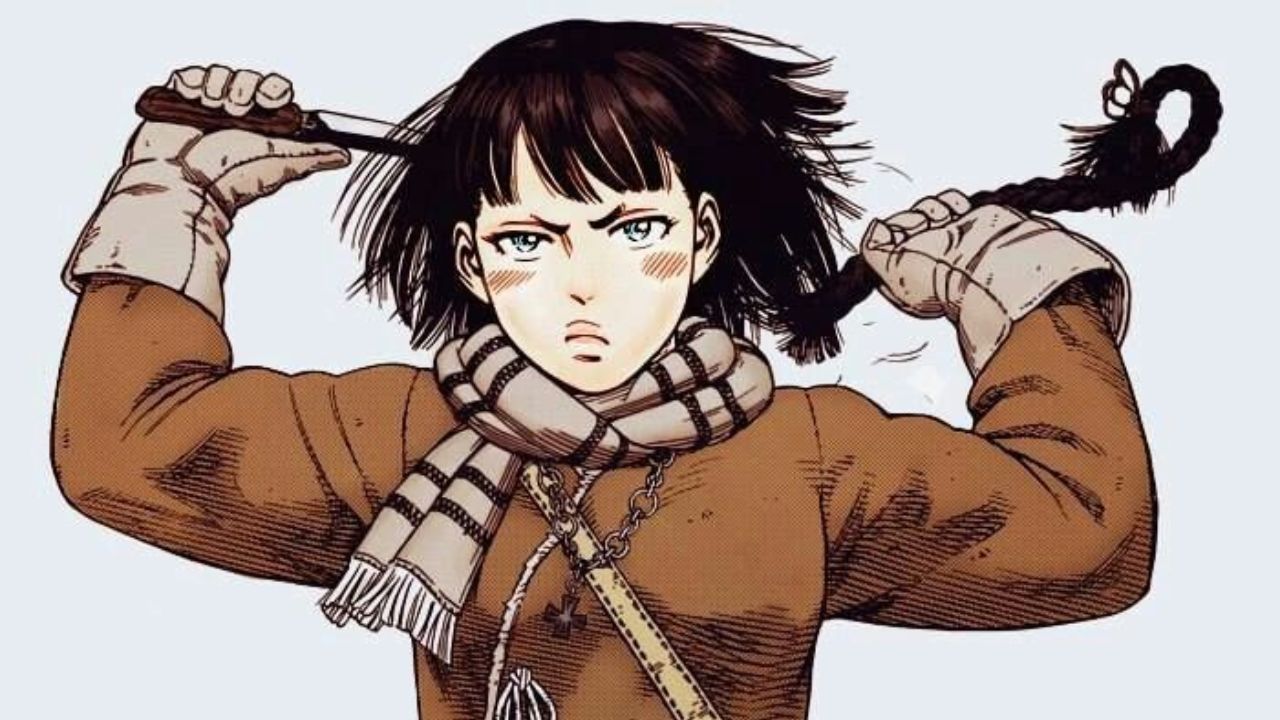 In Vinland Saga, Thorfinn gets married to his wife, Gudrid, while they’re on a journey to Greece to raise a fund to establish a paradise in Vinland. Thorfinn and his companions meet her as she was escaping from her forced marriage to her second husband. The couple even adopt a son named Karli later.

The first season of Netflix‘s Vinland Saga was an unmatched historical epic that not only set the scene for future seasons, but also for a number of individuals whose points of view could be utilized to depict the terrible reality of this planet on a daily basis. In Season 2, Thors Snoresson‘s son, Thorfinn, takes center stage instead of him.

Season 1 of the anime series featured one of the most stunning season finales in recent memory, in which Askaladd—the man who murdered Thorfinn’s father and was the target of the young Viking’s vengeance—died as a result of killing the king. Thorfinn spent most of his life chasing Askaladd in an effort to gain the strength necessary to kill the person responsible for his father’s death.

Season two will focus on the protagonist’s actions and if he decides to go back to his own country now that the target of his revenge has died, at the hands of someone who isn’t him. With the arrival of Season 2, fans have a lot of questions to be answered. One of them being who Thorfinn’s wife is. Well, we’ve got you covered.

Meet Thorfinn’s Wife, Gudrid, in Vinland Saga: The Couple Gets Married After Gudrid Confesses Her Love for Thorfinn While on a Journey to Greece!

In Vinland Saga, Thorfinn is married to his wife, Gudrid. Gudrid, a young lady who had already been widowed, was initially seen escaping from her forced marriage to her second husband. An unusual woman, considering the time, stabs her (ex) husband when he is trying to consummate their marriage and then runs away. In an effort to outrun her husband, Thorfinn permits her to accompany them and they set off together.

She then travels with Thorfinn and his companions when he sets off for Greece to secure funding in an effort to establish a paradise in Vinland. After professing her love to Thorfinn, the two get married.

Talking about her appearance, Gudrid had black hair that is braided into twin buns, but it was chopped short after Gudrid rebelled by chopping it off. She first dons a crimson dress and a yellow scarf. Her hair and bangs have grown back and are longer as of 1021; she frequently wears them out or wrapped up in a bun. She constantly appears to be blushing.

Thorfinn and his wife, Gudrid, also have an adopted son named Karli. Soon after leaving Iceland, Thorfinn comes to Karli and his mother in the ruins of a murdered town. Karli is taken on by him and his crew with the intention of finding him a home, but they end up caring for him so much that they can’t bear to leave with him.

Karli is legally adopted by Thorfinn and Gudrid at some point during the crew’s voyage to Greece, and from that point on, he addresses them as his mother and father. When introducing Karli to others, Thorfinn and Gudrid omit to mention that he is adopted.

Since Episode 1 of Vinland Saga Season 2 is currently available to stream on Netflix and Crunchyroll, here’s a recap of the episode.

Unaware of the approaching enemies, Einar was busy living a peaceful life as a farmer in Northern England. He sat down for supper with his mother and sister after working hard in the field. Einar had a negative perspective on the past, but his mother did not exactly view things that way.

She chose to enjoy the occasion rather than be unhappy over losing her husband since she knew it was what Einar’s father had given his life for. This gave Einar a fresh perspective on the situation as well.

Sadly, their peaceful life was abruptly overturned one night when their community was invaded and completely destroyed. In the shadows of the bushes, Einar and his family watched the drama play out. They quickly ran for their lives into the dense forest, but Einar’s mother was hit in the back by an arrow. She pleaded with her kids to flee in her final moments.

Unfortunately, it was too late since several of the enemies had already attacked them before they had time to react. When Einar attempted to defend his sister while she was forcibly carried away, he was hit in the face so hard that he could not see. His sister was killed right there, leaving Einar to fight for himself after she stabbed one of the captors to free her brother.