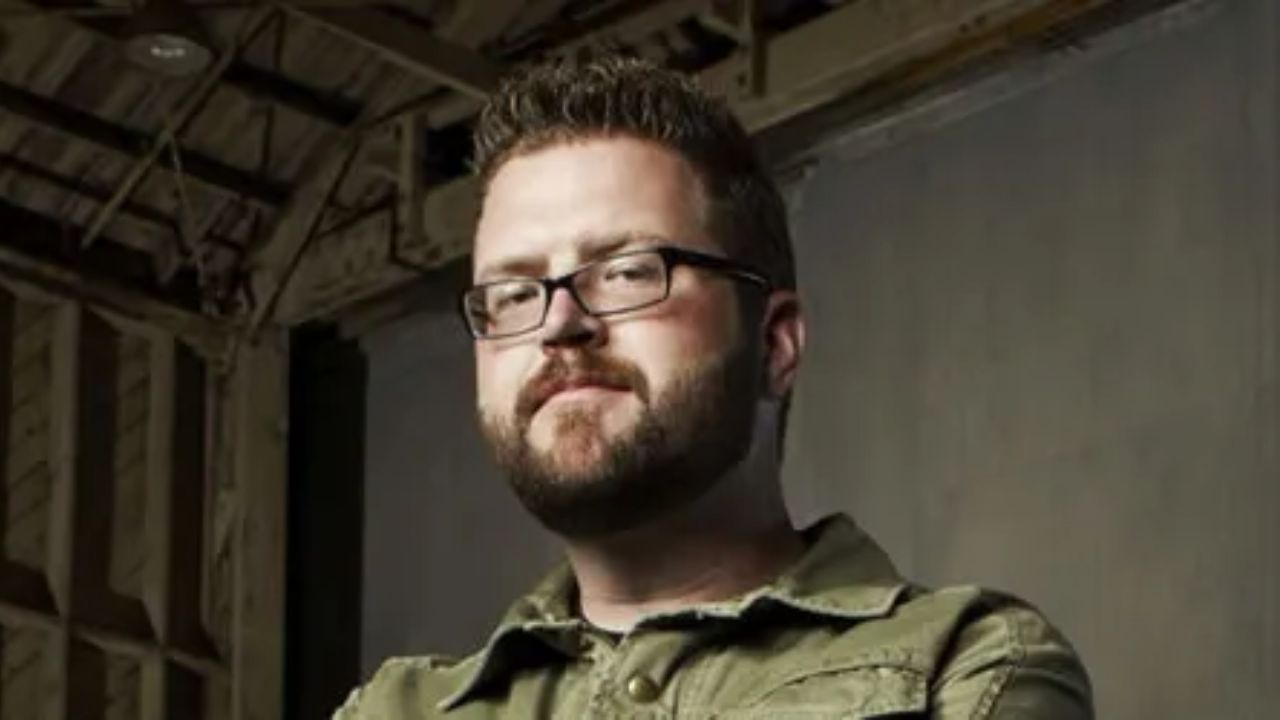 Rutledge Wood, the host of Netflix’s Floor Is Lava, is back for season 2. Host Rutledge Wood provides amusing running commentary during each episode, and contestants who win the game get to meet him. Rutledge Wood is an actor, writer, and auto racing expert, in addition to being a TV show host. Go through the article to learn more about him.

Floor is Lava, a Netflix reality game show series that reminds us of our childhood and has taken the original concept and lifted it to new heights. If you’re searching for something less intense with the same competitive drive, you might want to check out Floor Is Lava on Netflix. Season 2 premiered on Jan 3, 2022, providing the ideal opportunity to get away from the stress of the news cycle.

The show’s creators, which included Tim, were able to take a simple concept and make it into a show that is truly appropriate for the current era.

Sadly, Tim Sullivan died on May 18, 2019, following a fight with bile duct cancer, according to Montclair Local. Before starting Gang of Wolves, his own production company, Tim worked on a variety of projects, including Project Runway and Top Chef, as well as developing new shows at several production businesses.

In addition, Rutledge Wood, the host, and narrator of Floor Is Lava, provides excellent commentary. After being mentioned in the Netflix mockumentary film Death to 2020, the series garnered additional attention in December 2020. He hosts the popular yet ludicrous reality TV game show in which competitors battle to jump over hot lava for a $10,000 prize and a lava lamp trophy.

Together with the latest release, Netflix show Floor Is Lava, fans are interested in learning more about the host. Here is everything you need to know about Rutledge Wood.

Floor Is Lava Host: Who is Rutledge Wood?

Host Rutledge Wood (@rutledgewood) provides amusing running commentary during each episode, and contestants who win the competition get to meet him. Season 2 has more challenging barriers, hotter lava, and a massive volcano. Despite Netflix’s cancellation of many beloved shows, the game show premiered for a second season on June 3, 2022.

Rutledge Wood is an actor, writer, and auto racing expert, in addition to being a TV show host. According to his website, Rutledge was born in Alabama in 1980 and moved to Georgia when he was 15 years old. Rutledge is best known for his work as a racing analyst, although he claims that his love of vehicles and motorsports began at a young age.

Rutledge hosted The American Barbecue Showdown the same year Netflix aired Floor Is Lava. He didn’t start his hosting career with Netflix game shows, though. Wood co-hosted the History Channel’s Top Gear with Adam Ferrara and Tanner Foust, which launched in 2010, according to IMDb. In 2015, Wood launched a new show called Lost In Transmission, in which he drove around his hometown of Atlanta, Georgia, patching up antique cars.

Rutledge has worked as an analyst for NASCAR on NBC in addition to co-hosting Top Gear. His TV career hasn’t ended with sports; he’s now the face of Floor Is Lava, a show that will undoubtedly expand his fan base even more now that it’s available on a global platform.

In 2007, he also hosted the Speed Road Tour Challenge. Wood won the 2013 Long Beach Toyota Celebrity Race, with Adam Carolla taking first place in the Pro Category, and Wood claiming that Carolla taught him the route.

Rutledge is noted for wearing glasses with a thick horn rim. Rutledge’s first love is vehicles, and visitors to his website can see his garage. The father of three, on the other hand, is a multi-talented individual. He also hosts a variety of series, including Southern & Hungry.

In 2015, he also appeared on Food Network’s Diners, Drive-Ins, and Dives. From 2017 to 2018, Wood served as a judge on Guy’s Grocery Games and a co-host on Southern and Hungry. In 2019, he also co-hosted Hyperdrive. As a result, viewers have likely seen the Floor Is Lava presenter on television before the series.

When it comes to obstacle courses, Rutledge appears to be just as eager. Each episode of Floor Is Lava has Rutledge laying up the criteria, narrating each team’s attempt, and congratulating the winner. After they’ve climbed, leaped, ran, and swung their way to the finish line, he gives the winning team a lava lamp.

Before you leave, learn more about the liquid and contestants’ well-being.