Floor Is Lava Contestants: Nobody Dies After They Fall Into the Lava; Where Do They Go When They Fall? 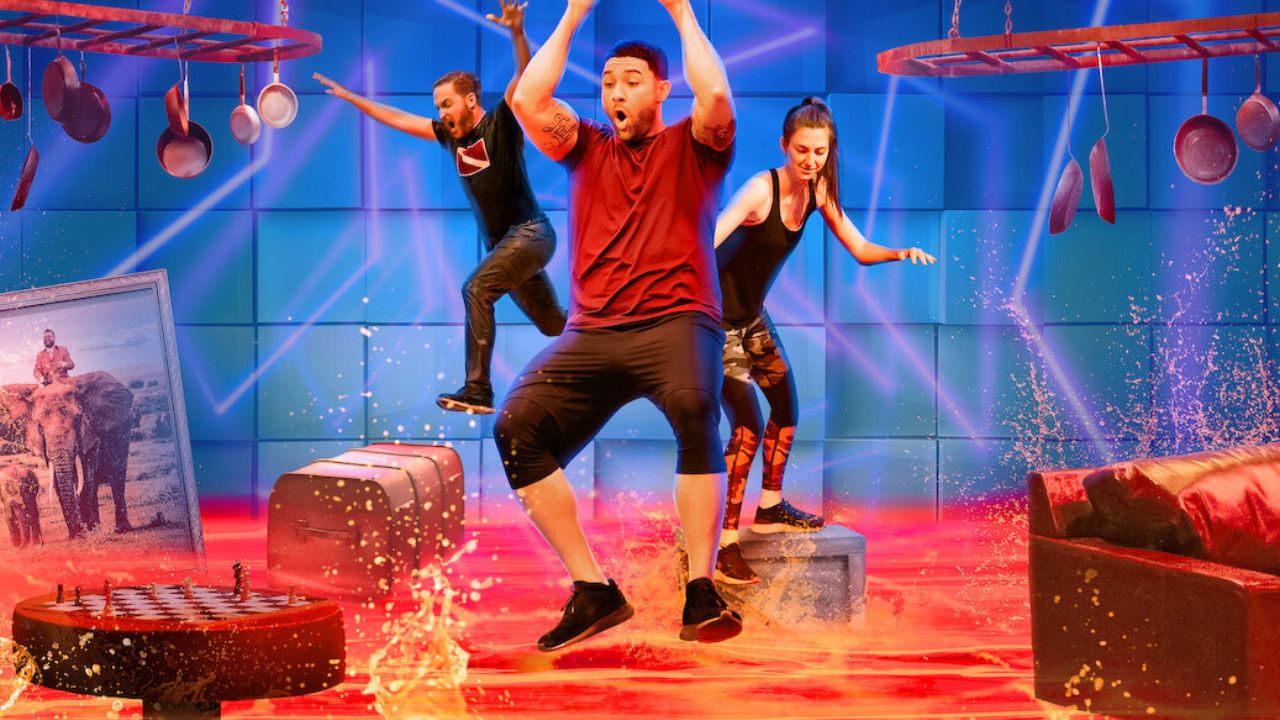 Nobody dies after the contestants fall into the lava in Netflix's Floor is Lava. However, some may suffer from minor injuries. Hosted by Rutledge Wood, the show does not threaten the participants to their death. However, the executive producer of the game, Tim Sullivan, died before the show was broadcast. Follow the article to know more about Season 2 of the show and get your answer to the question 'Where do they go when they fall into the lava?'.

Netflix's Floor is Lava can only be defined as equal parts stupid, tragic, and hilarious, having converted a beloved childhood activity into a competition for nostalgia, a $10,000 grand prize, and a lifetime of bragging rights. After all, it follows several teams as they leap from stools, hang from walls, or swing from any other available item to negotiate heated areas awash with brilliant, bubbling lava.

With its hilarious wipeouts, frequent commentary (thanks to host Rutledge Wood), and hotter than ever twists and turns, this Netflix original is the essence of what a game show should be. The floor is lava-covered. The team that scores the most points without falling is given a monetary prize.

If contestants get soaked and tumble into the lava, the game is ended. The rest of their team would have to complete the level on their own, hoping to avenge them while escaping a similar fate. As a result, many viewers of the show are curious to know if the contestants actually die after falling into the lava. Well, let's find the truth.

Previously, we touched on Tim Sullivan and the Virzi triplets.

When the contestant falls and slips into the boiling lake of lava, their teammates assume they are dead. Some even manage to evoke a few melodramatic screams and sobbing. That is, until the missing member appears, at least in the case of the winning team, when they meet Rutledge Wood to receive their ultimate reward, which includes a bizarrely designed lava lamp.

Netflix's Floor is Lava's producer and co-owner of Haymaker Media, Irad Eyal is responsible for the majority of what is known about the lava. He told Fast Company that he can't say what's in it, but showrunner Anthony Carbone often joked that Panda Express orange sauce is the closest thing to it.

It's still unknown what happens or where the contestants go after they fall into the lava. One thing is certain: if a contender falls into the lava, the rest of their team must complete the level on their own, with the added pressure of avenging their fallen teammate and hoping they do not suffer the same flaming fate.

The remaining players pretend that their friend has drowned or died in the lava, and the show has been remarkably silent about the fate of the losers. One theory floating around the internet is that players who fall into the lava are whisked away by some underwater dive crew, or that those who fall are dragged into a lower area from below the set. However, this appears to be quite doubtful.

After their fall, the contestants are reportedly transferred to another room where they can sit on the sidelines and watch the rest of the game while rooting for their team to win the $10,000 grand prize.

Therefore, nobody dies after they fall into the lava. However, there's a chance some might get injuries during the transformation. It's interesting how Netflix has managed to keep the secrets for two seasons now. However, we'll certainly find the truth one day and will inform you as soon as possible. Let's enjoy Season 2 for now and hope the show will get renewed for Season 3.