The Floor Is Lava Triplets: Everything You Need to Know About the Virzi Triplets! 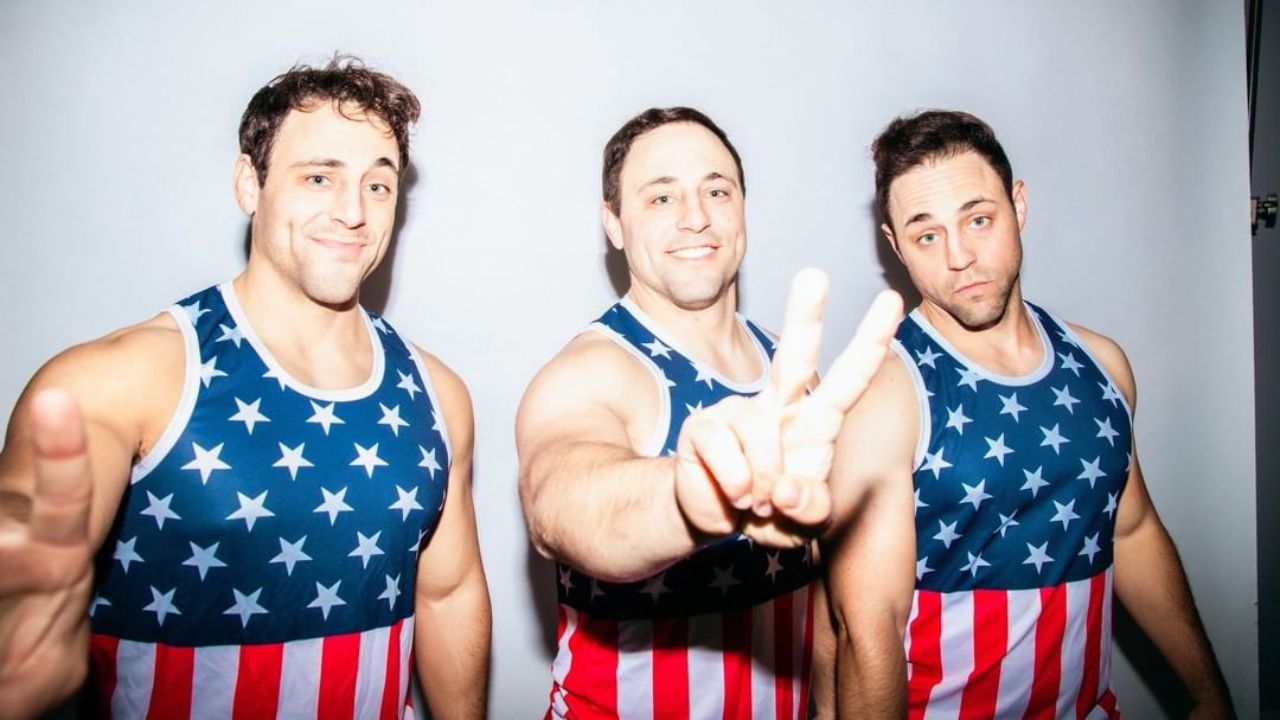 The Virzi Triplets were one of three teams featured in the Netflix show, Floor is Lava, that has taken the original concept and pushed it to a completely new height. The Virzi Triplets, Alex, Mitchell, and Sean, are identical triplets contestants and stand-up comedians who were born and raised in Los Angeles. Fans wonder about the individual height and Wikipedia details of the Floor Is Lava triplets.

Floor Is Lava is a Netflix reality game show that has taken the original concept and pushed it to new heights. Teams of three compete to go from the entry to the exit of a bubbling, splashing, lava-filled area by utilizing just the objects available to them.

Netflix had cracked the secret with Floor Is Lava for optimal lockdown entertainment, whether it's the easy-to-understand rules or the hours of binge-watching it gives. But, within all of this, there are the show's contestants, who give some humorous and unforgettable moments throughout the show's ten episodes. The series got renewed for a second and third season in April 2021.

Because of its unique take on the game show genre, the Floor is Lava season 2 is trending. The Virzi Triplets were one of three such teams featured in this series, which aired on June 3, 2022, and fans can't get enough of them. So let's learn more about them.

Previously, we touched on Rutledge Wood and his personal life.

The second season of Netflix's show Floor Is Lava, which debuted with ten episodes, features five half-hour episodes built around the same premise: can teams hope to win a big cash prize by navigating obstacle-filled rooms and avoiding booby traps without sinking beneath the lava-drenched floor?

Three teams of three players each are faced with navigating a room packed with obstacles and flooded with gloopy, burbling lava on the floor. Three-person teams can be reduced to two or one in no time. As they sprint for the exit, teams of three with three players face shaky couches and a seething pool of lava. The Virzi Triplets are one such team that fans can't get enough of.

The Virzi Triplets were introduced in Episode 1. The incredibly intriguing group of brothers, dressed in matching tank tops and shorts, got everyone talking. Some people asked where they'd seen the gorgeous triplets before, while others described them as crazy.

They describe themselves as man-children who have been competing with one another from birth, so they concluded that the floor is lava would be a fantastic experience for them as well.

The triplets explained how they had an advantage over the other teams in the floor is lava since they have spent their entire lives battling against each other. They came to the event with a definite goal in mind: to achieve bragging rights as the closest teammates anybody could have physically and physiologically.

According to their website, VirziTriplets, Alex, Mitchell, and Sean Virzi are identical triplets and stand-up comedians who were born and raised in Los Angeles. Even though they are the same age, they disclosed that Alex was born first, followed by Sean, and finally Mitchell, the youngest of the three.

The triplets don't shy away from emphasizing on their website how their humorous roots emanate from their old-school Italian upbringing colliding with their Los Angeles lifestyle. Their program consists primarily of them airing their dirty laundry, discussing their unusual family, or making jokes about themselves and their unique experiences as identical triplets.

They started The Virzi Triplets Podcast in 2016 called Nothing Serious, where they talked about sports, current events, and other stuff that doesn't matter. As kid performers, the three have starred in commercials for several well-known businesses, including Colgate and Mastercard.

Even 15 years after their debut appearance, Mastercard rehired them for a campaign in 2017. They then appeared on The Gong Show, hosted by Mike Myers, where they performed a humorous workout routine for celebrity judges Chelsea Handler, Will Arnett, and Ken Marino.

The comedians have a lot of experience in improv comedy clubs and have had a lot of success in their industry. They've toured the country, appeared on the reality series America's Got Talent, and the Angie Tribeca, and have even made appearances on Hulu, floor is lava, a Netflix original, is the most recent addition to this list.

They've also been in a Spectracide commercial recently, and they're currently posting a spoof of HGTV's Property Brothers called The Property Triplets on their Instagram account (@vrizitriplets).

Despite fans' curiosity, the Virzi triplets from Floor Is Lava don't have a Wikipedia page and their individual height is undisclosed.

Before you leave, learn more about the liquid and contestants' well-being.