Floor Is Lava: Where Do the Contestants Go When They Fall in the Lava? Do They Die? 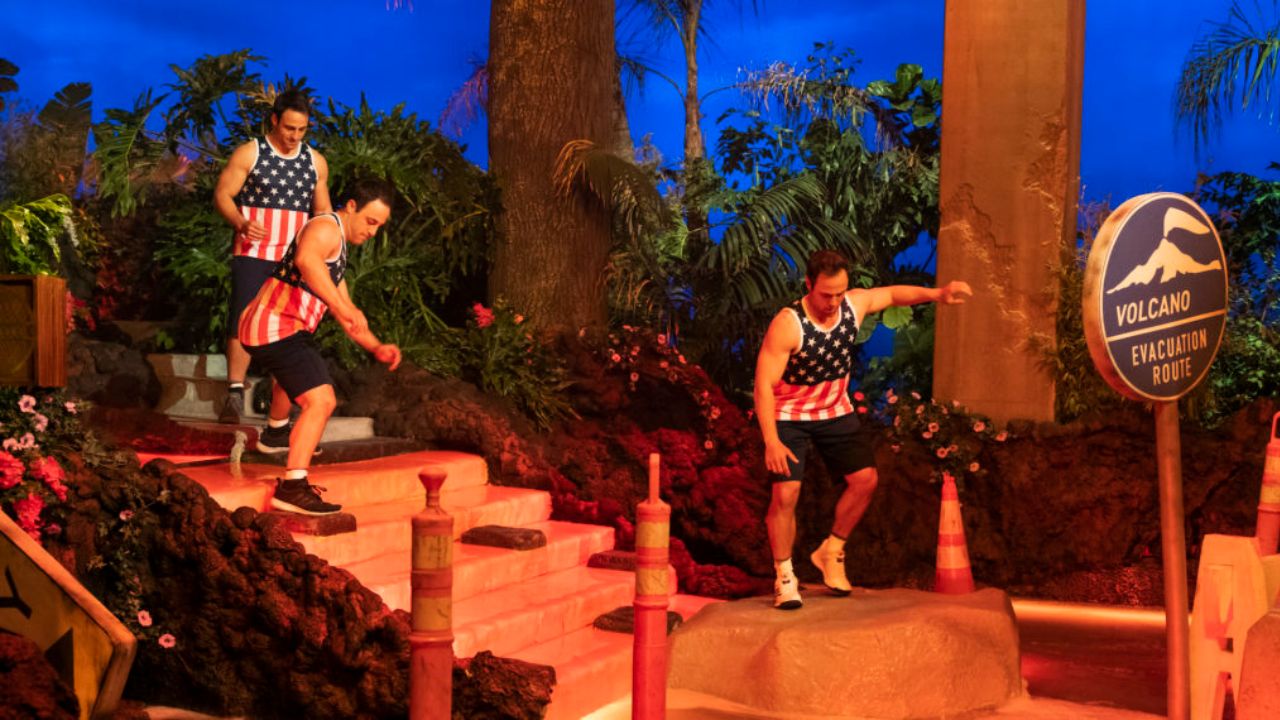 ‘Where do the contestants go when they fall in the lava?’ is currently trending as the Season 2 of Netflix’s Floor is Lava is all set to be released. However, neither Netflix nor the creators have spoken about what happens after the contestants fall into the lava, how deep is the lava, and if the lava is hot. Some Reddit users believe there might be something under the lava for contestants to escape. And yes, they definitely don’t die. Follow the article to know more about the show and the release date of the second season.

Floor is Lava, a Netflix original, is both nostalgic and fun. After all, it’s primarily about several teams attempting to cross booby-trapped rooms filled to the brim with bubbling lava in order to not only reminisce but also win $10,000.

The Netflix show has adapted one of the most famous childhood games to reality television. The game show follows numerous teams as they enter a room and travel through several obstacle courses in order to reach the exit, but there’s a trick: the floor is covered in lava (orange liquid). A major cash prize is awarded to the team that scores the most points without falling.

The game is over for participants if they get wet and fall into the lava.  The rest of their team would have to finish the level on their own, trying to avenge them while avoiding the same fate.

Since Season 2 of the show is all set to be released on June 3, 2022. Many viewers of the show wonder where the participants go when they fall. Interesting hmm? Well, we’ve got you covered.

Floor Is Lava on Netflix: Where Do the Contestant Go When They Fall? Reddit Users Explain Their Theory!

When a contestant slips and falls into the crimson lake, they are treated as if they are dead, and the other contestants act shocked as if their teammate has been pulled into the void of the bubbling lava. They actually act as if the contestant has died and will never be seen again. However, despite the fact that no one died in the sizzling lava, the show does not explain where the contestants went.

To be honest, neither Netflix nor the makers of Floor is Lava have spoken much about the situation. They haven’t said anything about what happens to the contestants when they fall and disappear under the lava while attempting to cross the obstacle course.

We did note, however, that once a contender falls in, the video turns to their teammates screaming in terror and shows us a replay of what happened again and over. This cut indicates that a significant amount of footage has been cut, and we believe that the portion where the contestant emerges from the lava and exits the course is the section that we don’t get to witness.

There’s also the theory that some Reddit users believe that the contestants are pulled into another room from beneath the set. Although theoretically possible, such a strategy is nearly impossible to execute in practice due to the fact that any opening inside the room will start emptying the lava – even if the hole is just open for a few seconds. So, the best answer for where the players go after falling into the lava may actually be found in the show’s excellent editing.

The players are apparently transferred to another room after their fall, where they can watch the rest of the show from the sidelines, rooting for their team to win the $10,000 grand prize and meet Rutledge Wood (@rutledgewood), the show’s host.

They definitely aren’t dead, and they aren’t held beneath the lava for an extended period of time. Although the mindlessly distracting series is a little silly, the childish vibe it generates makes it entertaining to watch.

Floor Is Lava Season 2: When Is the Release Date?

In the season 2 trailer for the ultimate game show that won’t let you touch the ground until you reach your goal, this simple childhood activity has been pushed to new heights. The first episode of the competitive series will premiere on June 3rd.

The concept for Floor is Lava was created by Megan McGrath and Irad Eyal. Netflix’s Floor Is Lava is a reality show in which contestants must cross an obstacle course while avoiding a pool filled with information they don’t want to know but are almost drawn in by the colors.

This game show pushes the challenge of avoiding contact with the ground to new heights. Prepare your safety equipment because the floor will be lava this time when the series premieres on our screens soon.