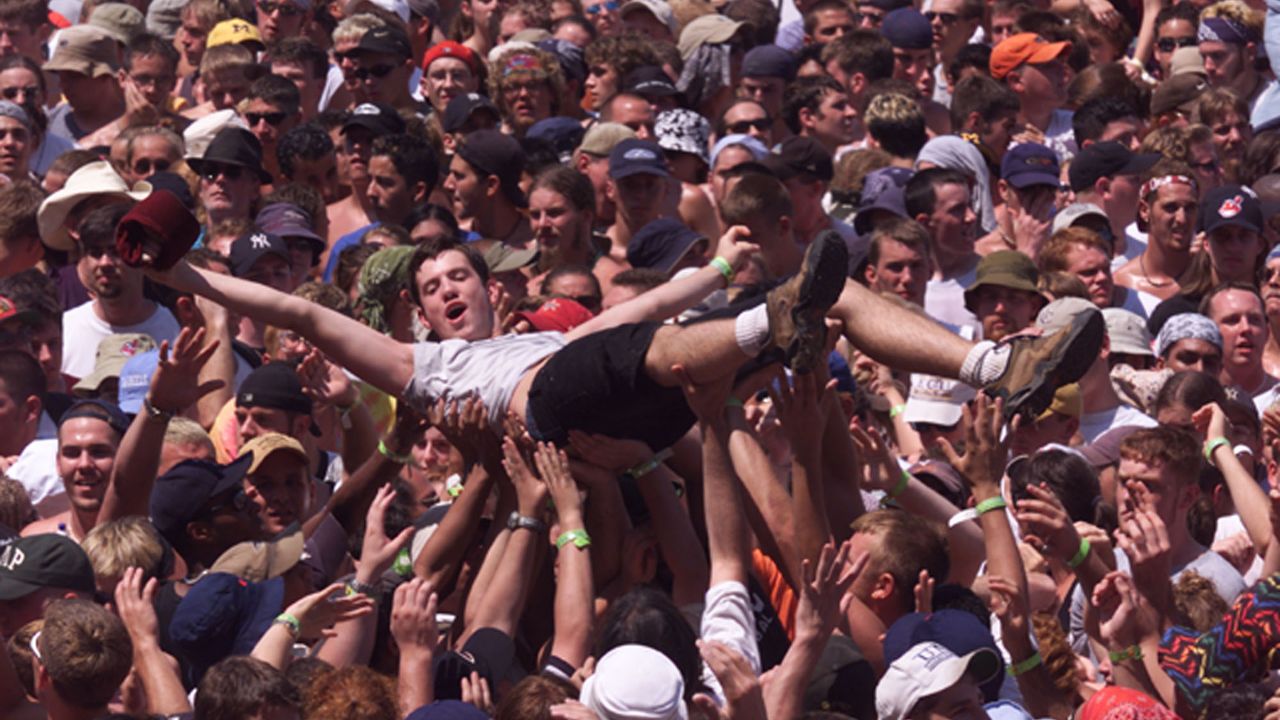 David Derosia was one of the attendees of Woodstock ’99 who died from hypothermia/heat stroke during Metallica’s performance. He attended the festival with four friends and didn’t exhibit any signs of fatigue or illness when he decided to attempt to enter the pit in front of the main stage. According to Netflix’s documentary Trainwreck, David G. DeRosia from Waterbury, CT, was subsequently apparently assisted to leave the area, given medical attention, and flown to a nearby hospital, but couldn’t survive.

Woodstock ’99, an event intended to emulate the original music and arts festival’s message of peace and love ended in violence, rioting, and complete carnage, leaving the venue and the spectators with the appearance of having been in combat.

British filmmaker Jamie Crawford is currently examining what transpired over the horrific four-day weekend in a three-part documentary series on Netflix titled Trainwreck: Woodstock ’99. The series helps piece together the horrific event and determines what went so wrong by speaking with the major organizers, the musicians that performed, and some ardent fans.

According to Esquire, there were problems with water access during the intense heat, with 25-minute lineups for drinking fountains. Additionally, the publication stated that due to poor sanitation, human waste allegedly spilled into the drinking and shower water, exposing concertgoers to what amounted to raw sewage. It resulted in several deaths, including David Derosia‘s. So let’s learn more about him and his death at Woodstock 99, obituary.

Previously, we touched on Michael Lang, the trench mouth condition, and the attendance at Woodstock 99.

According to the Netflix documentary, David Derosia was one of the Woodstock ’99 attendees who died from hypothermia/heat stroke during Metallica’s performance. He went to the festival with four friends, and when he decided to try to go into the pit in front of the main stage, he showed no signs of exhaustion or illness. He tragically died unexpectedly on July 26, 1999.

The fascinating Trainwreck: Woodstock ’99 documentary miniseries takes an in-depth look at the eagerly anticipated Woodstock music festival at the turn of the century that soon devolved into a chaotic disaster.

Netflix successfully raises concerns about who was at fault for the disaster by incorporating the perspectives of the event’s organizers, musicians who performed, media workers on site, and regular attendees. The series itself is beautifully produced, and its three episodes deliver a taut story using video from the period.

With nearly the same number of attendees as the original Woodstock, the general atmosphere was as exciting as ever. However, the first significant drawback was that, as John Scher maintains, the event’s organizers, particularly Scher, wanted to profit greatly from it. They sought to make the event into a profitable spectacle, especially in light of the losses they experienced in 1994.

They started with the food and beverage stalls that had been set up by outside companies in exchange for a fee paid to the organizers. David DeRosia, a 24-year-old resident of Waterbury, Connecticut, was an attendee of Woodstock 99.

As per sources, David G. DeRosia was employed by Cendant Mobility in Danbury at the time of his death. He attended the festival with four friends and didn’t exhibit any signs of fatigue or illness when he decided to attempt to enter the pit in front of the main stage during Metallica’s performance.

The paper continues that DeRosia had seizures after collapsing in the hole. He was subsequently apparently assisted to leave the area, given medical attention, and flown to a nearby hospital, where he tragically died unexpectedly on July 26, 1999.

According to Rolling Stone, the heat was a major problem during the concert, as temperatures reportedly hit 100 degrees and water availability was scarce. Halfway through the weekend performance, more than 700 people were being treated for dehydration and heat exhaustion, according to The Baltimore Sun. According to Pitchfork, 1,200 people were admitted to on-site medical facilities.

Before you leave, check out how many people were at Woodstock 69.