How Many People Were at Woodstock 99? Did Any People Die? Lineup, Reddit & Netflix’s Documentary Update! 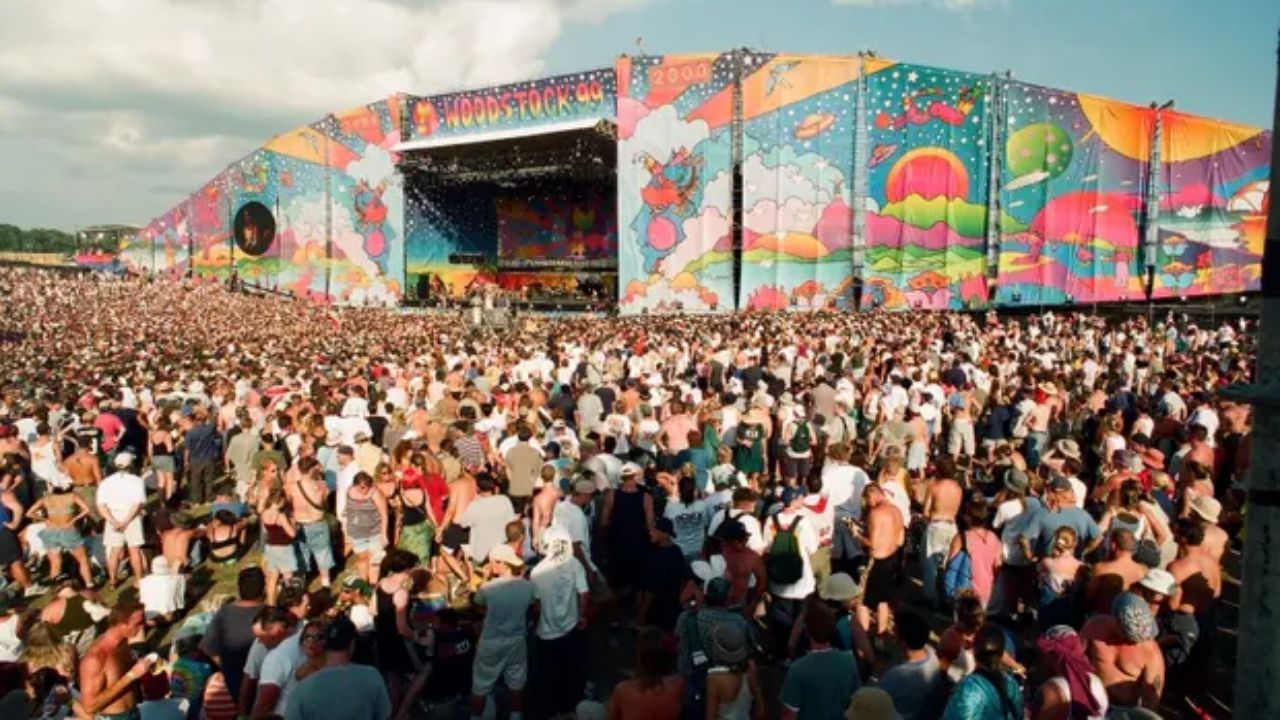 Around 400,000 people were reported to be present at the Woodstock 99. As the lineup included some of the most renowned artists of that time, many tragedies occurred like a fire broke out, sexual assault, robbery, etc, and 3 people were even reported to be dead. As Netflix's Trainwreck Woodstock ’99 dives deep into the incident and even shows some of the original footage of the festival, some Reddit users seek more information about the incident.

The most recent documentary on Netflix, Trainwreck: Woodstock 99, provides insight into the tragic festival that occurred right before the new millennium. The tragedy, which took place in New York City from July 22 to July 25, 1999, and was meant to replicate the original Woodstock festival of 1969, is the subject of the three-part limited series.

Due to the unfavorable weather, extreme levels of violence, sexual assault, robbery, vandalism, and fires, it has earned a reputation as one of the worst music festivals ever. The Netflix series uses archive footage and interviews to illustrate precisely what occurred over the course of the weekend.

Even if the incident occurred in 1999, the news is currently trending as the documentary has been a hot show to watch on the streaming platform. Some Reddit Users seek more information about the festival, including the number of people who went there to enjoy it. So, how many people were at Woodstock 99? Let's find it out.

There Were Around 400,000 People at Woodstock 99: 3 Were Reported to Be Dead; Lineup, Reddit & Netflix’s Documentary Update!

There were around 400,000 people at the Woodstock 99 as it had a lineup of amazing artists like Jamiroquai, Sheryl Crow, Metallica, Limp Bizkit, and the Red Hot Chilli Peppers. While many tragedies occurred like fire, sexual assault, and robbery among many other incidents, 3 people were also reported to be dead. Reddit users are discussing the incident in detail as the Netflix documentary has revealed more details.

According to the Netflix documentary's description, Woodstock ‘99 was supposed to be a millennium-defining celebration of peace, love, and great music. Instead, the festival degenerated into an epic trainwreck of fires, riots, and destruction. The egos, greed, and music that ignited three days of complete anarchy are revealed in this behind-the-scenes documentary series.

400,000 people were there and four million people will tell you they were there. I don’t think anybody going into Woodstock ’99 wanted it to be a disaster.  However, it unfortunately turned out to be riddled with problems. They all aspired to recreate the utopian magic of the original Woodstock, but in many ways that lightning in a bottle didn’t really exist.

That's because everyone who attended the car collision event will never forget Woodstock 99, which was a complete disaster. The tragedy began with the fact that the entire festival site was covered in heavy mud as a result of previous storms. In addition, it was really hot outside, and food and drink were very expensive.

Unfortunately, according to Pitchfork, there were three deaths over the weekend and 1,200 admissions to the on-site medical facilities. In addition, 44 people were arrested, there were numerous reports of sexual assault, and on the final night, a large fire broke out after a Mercedes car caught fire.

The festival's weekend tickets were $150, which at the time was considered to be a bit pricey, but many people were willing to pay it because of the fantastic lineup. Among the incredible performers were Jamiroquai, Sheryl Crow, Metallica, Limp Bizkit, and the Red Hot Chilli Peppers.

Woodstock 99 was meant to be a recreation of the first Woodstock festival, which took place in 1969 and was hosted at the former Griffiss Air Force Base in Rome, New York. In comparison to the 1999 event, it was advertised as three days of calm and music and was held from August 15 to August 18 in Bethel, New York.

A popular documentary film was made about it in 1970 and had a soundtrack written by Joni Mitchell. 32 acts played, including Jimi Hendrix and The Who. Unfortunately, there have been no Woodstock events since 1999 because they fell short of the dream of 1969.