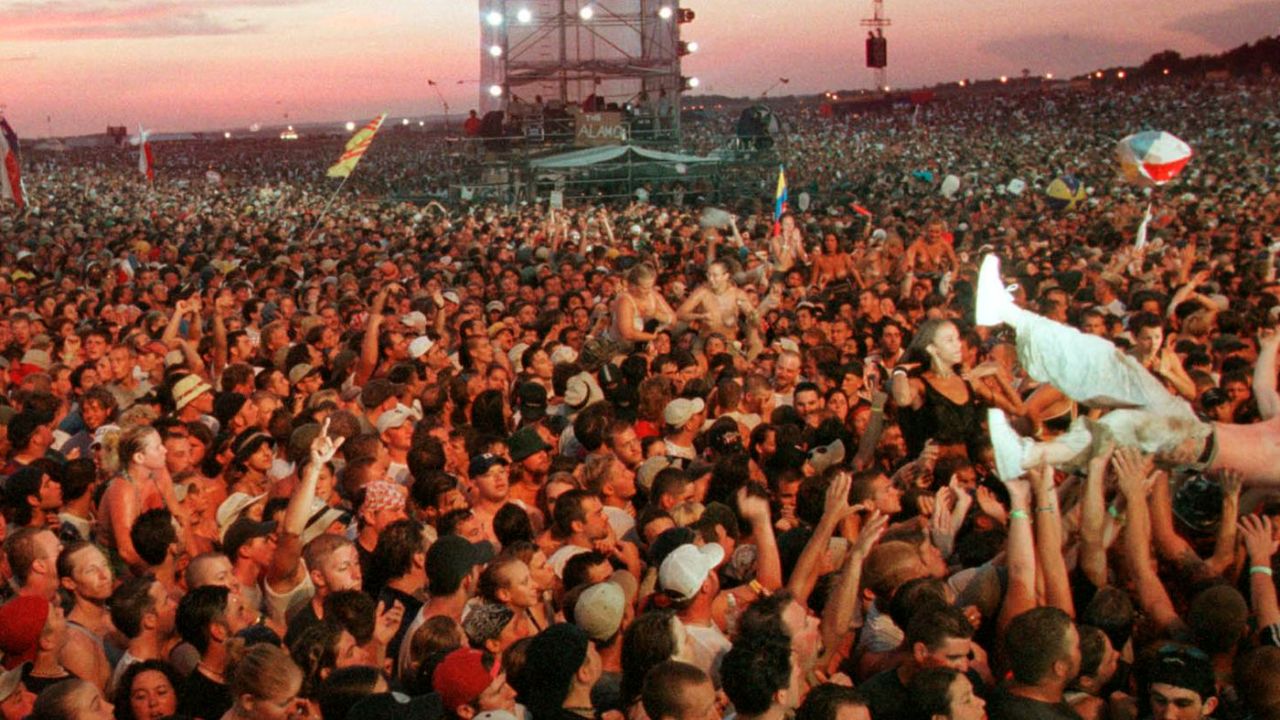 Three people died at Woodstock in 1999. As Reddit users wonder about the names, David G. Derosia, 24, Tara K. Weaver, age 28, and a 44-year-old man with a prior heart condition were part of the death toll at Woodstock in 1999. It wasn’t the first time. At the initial Woodstock festival in 1969, three more individuals died. Also in 1994, some individuals passed away. Of course, many more injured people likely didn’t seek treatment at the nearby hospitals.

The three-part Netflix limited series Trainwreck: Woodstock 99 combines recently shot interviews with people who were involved in the event and presents archival material to explain what precisely transpired that weekend in July 1999.

As one of the most notorious concerts or festivals in history, it has been criticized for a variety of things, including poor environmental conditions, violence, sexual assault, vandalism, fires, and deaths. Some viewers may find the documentary video shocking, and the third episode, in particular, raises awareness of extreme criminal behavior.

You might be curious about the entire scope of what happened after seeing the series. How many individuals were injured and died during Woodstock 99? So, this is all the information you require.

Three people died at Woodstock in 1999. As Reddit users wonder about the names, David G. Derosia, 24, Tara K. Weaver, 28, and a 44-year-old male with a heart disease history were part of the death toll at Woodstock in 1999. Of course, many more injured people likely didn’t seek treatment at the nearby hospitals.

A 44-year-old man who had a pre-existing heart problem died of cardiac arrest at the Woodstock encampment, while Tara K. Weaver, 28, was killed when she was struck by a car as she was leaving the performance.

David G. DeRosia, 24, passed away at University Hospital in Syracuse, New York, as a result of a heat-related disease. David reportedly passed out in the audience while watching Metallica perform on Saturday night. After two days in a coma, he passed away on July 26. Heat stroke, possibly secondary to hyperthermia.

Syracuse.com reports that David’s mother filed a lawsuit against the organizers of the Woodstock ’99 festival and the local medical staff because they were negligent by not providing enough fresh water and proper medical care for 400,000 participants.

It wasn’t the first time that fatalities occurred at the venerable festival. At the initial Woodstock festival in 1969, three more individuals died. Three young guys, Raymond Mizsak, then just 17 years old, were killed when a tractor gathering trash ran over him as he slept on the ground. Two of the young men died from drug overdoses.

1994 saw two fatalities at Woodstock. Both a ruptured spleen and suspected diabetic complications claimed the lives of a 45-year-old unidentified person and 20-year-old Edward Chatfield. The South Florida Sun said that 800 individuals were sent to hospitals and that 5,000 people received medical attention at medical tents.

Although Woodstock ’94 wasn’t a total flop, it may have hinted at what was to come as Woodstock ’99, which outperformed the shortcomings of Woodstock ’94. The Red Hot Chili Peppers, Metallica, and Korn performed on the main stage at the eagerly awaited festival in Rome, New York, which drew over 400,000 attendees.

However, nothing went off without a hitch. Serious violence, rioting, sexual assaults on women, fires, looting, and other incidents occurred during the event. In total, 44 people were detained at the festival, and the Netflix documentary Trainwreck: Woodstock ’99 examines what went wrong and why.

Of course, many more injured people likely didn’t seek treatment at the nearby hospitals. Four women were reportedly r*ped while at the festival, and it was also stated that more sexual assaults were witnessed, according to the show.

The New York State Department of Health noted 5,162 medical cases throughout the full weekend after the event. There were more than 400,000 attendees. Due to the extreme heat and lack of access to water, they were also at risk of severe dehydration.

The Baltimore Sun reports that throughout the weekend, over 1,200 people sought on-site medical attention, and over 700 people were treated for heat exhaustion and dehydration. People also experienced trench mouth, a gum illness brought on by bacterial overgrowth in the mouth and frequently linked to the trench combat of World War I. People at the festival got sick as a result of inadequate hygiene and claims that human waste got into the drinking and shower water.