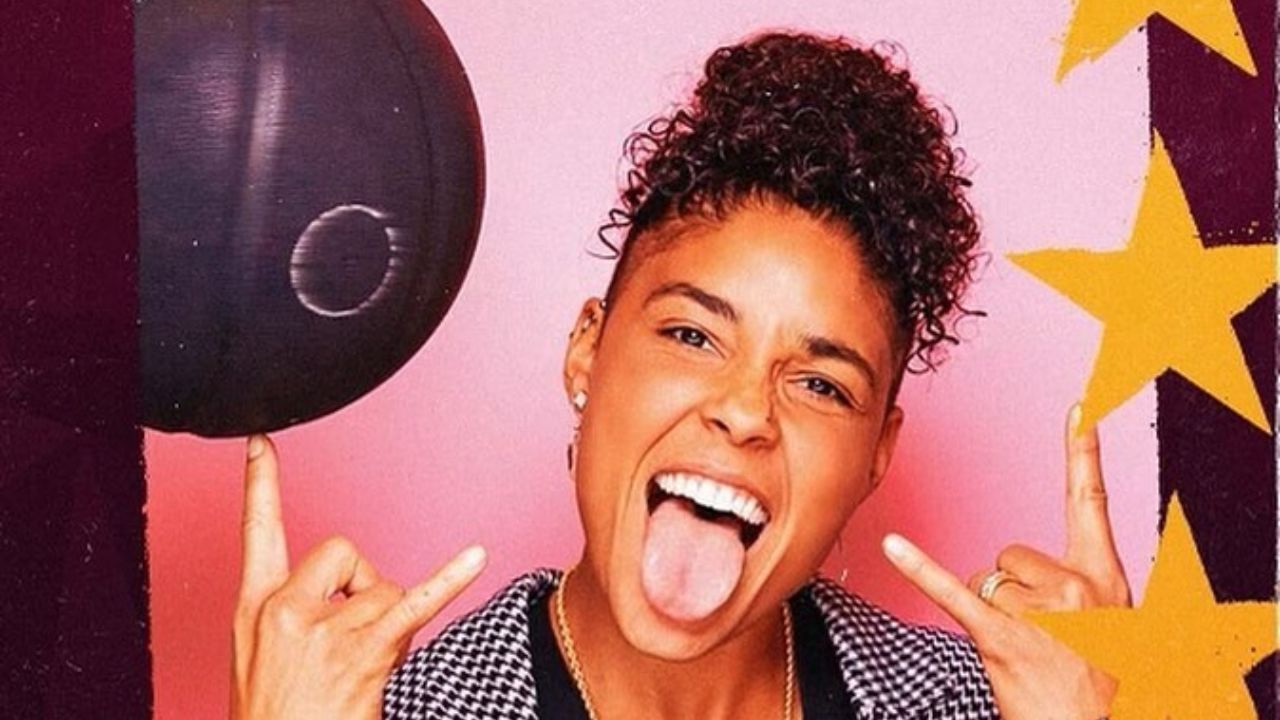 Crissa Ace Jackson from Netflix’s The Circle is a content creator and motivational speaker as per her Instagram bio. She is a basketball expert and the 13th female to play for the Harlem Globetrotters. Her age is 32 and her height is 5 feet 4 inches. She has a massive following on Instagram (1 million) and on TikTok (13.8 million). Crissa Jackson is married to her wife Alexis since 2017.

Netflix is back with Season 4 of the reality show of the social media game The Circle. In The Circle, you have to forsake your real life for some time and be completely immersed in a virtual world where who you are is going to be expressed through selfies and two-sentence bios.

And in the name of socializing, you communicate to the participants via private DMs and group chats. However, the whole point of this social media game is not just chatting up on social media with restrictions in the physical sense. It is to charm the people in the circle with your personality and reach a high social status.

You will be ranked anonymously by the contestants based on the interaction you have with them which determines your social status. If you manage to come out on top, you get $150,000.

And the real catch or twist of The Circle is that it’s a social media game where there is no real life, you can choose to be whatever you want in order to gain popularity. You can adopt a whole new personality and craft a distinctly separate image from the real you; in other words, catfish people, if you think that presenting yourself as yourself is a disadvantage.

Being truthful is a virtue but one you don’t require in The Circle. You just have to be whatever you have to be to wrack up enough social points and ride on high social status. This is what hooks us up to the show.

Those who manufacture a separate identity and craft a different image, the one they believe will sell, are much more interesting to watch than the ones who choose to stick to their own person to get ahead of the circle with authenticity.

The Circle sure hosts a lot of interesting people with their real or fake personas as different strategies to be voted the most popular one. One such unmissable and a fascinating contestant who has come on the show is Crissa Ace Jackson.

Crissa Jackson has decided that she is better off not creating a separate image for herself and is sure and confident of herself that she is likable enough to come forward with her real personality. Let’s know more about this The Circle contestant!

On Netflix’s The Circle Season 4 to play the fame (popularity) game head-on because she has nothing to hide and because she loves social media is Crissa Jackson (@crissa_ace), a content creator and motivational speaker as per her Instagram bio.

She was born on October 26, 1989, which makes her age 32-years-old. Crissa was born in Costa Mesa, California, and raised in Harrisburg, Pennsylvania.

The basketball expert is already kind of famous on her social media. On Instagram, she has already garnered a million followers, thanks to the ball-handling skills she likes to put on full display. The majority of the posts she makes on Instagram are of her performing various tasks while simultaneously performing Globetrotters-style tricks, such as spinning a basketball on her finger. And on TikTok, she has a massive following of 13.8 million.

Another thing to notice on Crissa Jackson’s Instagram page is her wife Alexis who is prominently featured on the handle. The couple also has a Youtube channel where they do most of their posting. They revealed in a 2019 Q&A that Crissa first met her future wife Alexis in a San Diego club on Crissa’s birthday in 2013. They exchanged numbers then and four years later in December 2017, they got married and Crissa also became a stepmom to Alexis’ daughter Olive.

Crissa’s relationship with her wife Alexis was not always smooth sailing. The duo made an appearance on Paramount’s short-lived reality series Marriage Rescue in 2019 after their relationship hit a rough patch. The issue with them was due to Crissa’s excessive use of social media usage. Crissa thought that Alexis couldn’t understand what Crissa was doing and didn’t believe in it whereas her wife resented Crissa’s work before family policy.

Speaking of her work, Crissa Jackson started playing basketball when she was young. She played basketball for both Savannah State University in Georgia and California’s Point Loma Nazarene University after which she began working as a personal trainer.

Three years after her graduation, she got a call from Chris Franklin from Harlem Globetrotters who invited her to a Philadelphia Globetrotters tryout. She nailed it at the tryouts after which she joined the Harlem Globetrotters in late 2015. She became the 13th woman to play for the team despite the fact that her height is just 5 feet 4 inches.

When she was at the Harlem Globetrotters, Crissa Jackson was featured in publications like Rolling Stone, Forbes, Self, and on ESPN’s SportsCenter. She also collaborated with brands like Beats by Dre, Red Bull, Amazon Music, Reebok, Converse, and Jordan. She recently played in the NBA’s 2022 All-Star Celebrity Game in February.