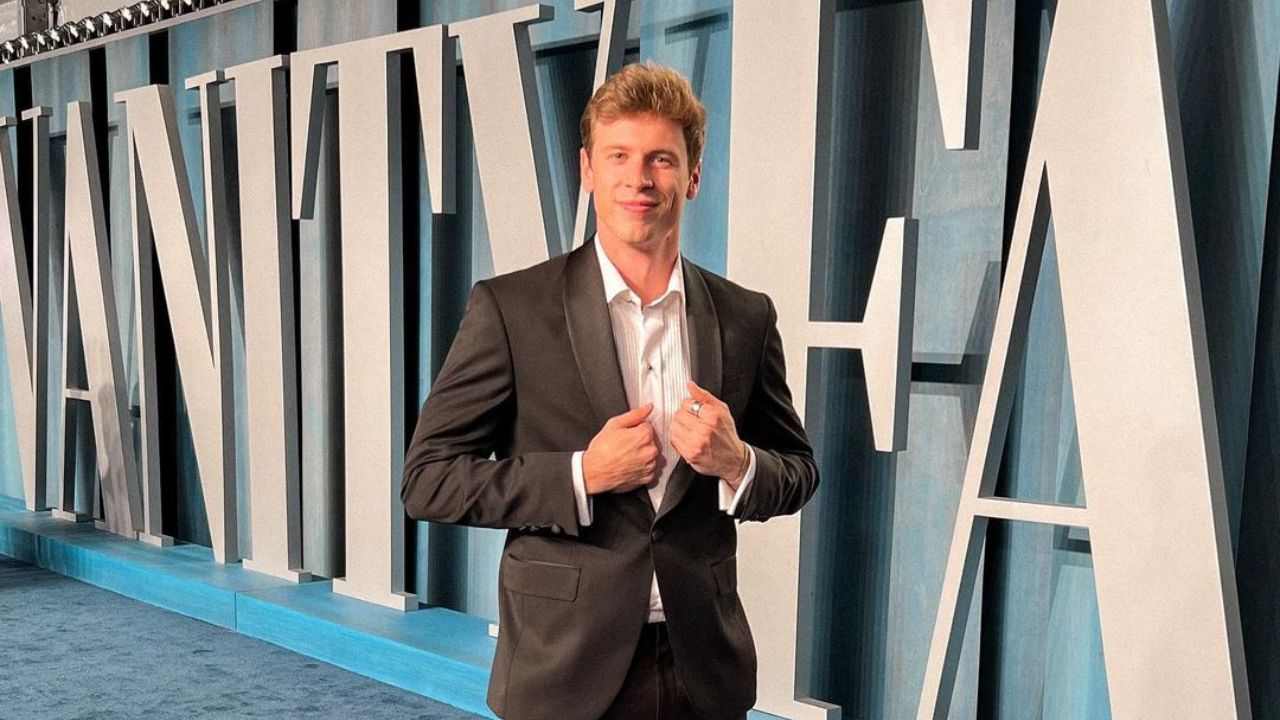 The Circle Season 4 premiered on Netflix on May 4, 2022, with a brand new cast of contestants. A social media competition in which players live alone is featured in the series. They do, however, keep in contact with other contenders using a fictitious social media app. Josh ‘Bru’ Brubaker appears in Season 4 of The Circle.

It is based on the same-titled British television series. As part of a partnership between Netflix and All3Media, various versions of The Circle were released in France and Brazil alongside the American version. The series touts itself as a social media game with the premise that “in The Circle, anyone can be anyone.”

While there are nine new faces this season, there is one player that may look familiar to you (and no, it’s not one of the Spice Girls).

For Josh moving inside the iconic Manchester apartments where the popular series is filmed for a few weeks was an entirely different experience for him. Rather than playing a catfish and risking being found out, he channeled his ultimate self here.

There’s a reason why TikTok users are familiar with Josh “Bru” Brubaker. Bru began sharing his videos on TikTok before his fame on The Circle. Bru was already well-known before The Circle as a radio DJ with over four million TikTok followers. The Circle’s Bru even presented the red carpet for Spiderman: No Way Home‘s global premiere!

At the time of writing, Bru has 4.1 million followers, 109 followers, and 90.1 million likes on his TikTok page. The reality star’s TikTok features brief samples from his studio time. He lets fans in on the behind-the-scenes action.

The social media sensation become the self-proclaimed “CEO of Radio TikTok” after earning expertise and recognition on TikTok, where he’s garnered millions of fans and been spotted by fellow TikTok stars Jason Derulo and Addison Rae.

Bru from The Circle even has his own Netflix program merchandise. Bru refers to his admirers as the Bru Crew, and he updates his social media accounts daily with videos and photos.

Jason Derulo is so used to celebrity status, from interviewing Lizzo to seeing his TikToks, that the fact that the Spice Girls were on season 4 was a shock to him.

Bru is a well-known TV personality who uses the handle (@bruontheradio) on the platform Instagram. At the time of writing, Bru has roughly 272k Instagram followers, 105 posts, and 785 followings, and has been maintaining his page since December 2014. Bru from the Circle has an Instagram account that is verified. On social media, the radio personality has a large following.

Images from the radio host’s daily life can be found on his Instagram account. He also includes images of his girlfriend, Anna Sitar, a fellow TikTok star and model.

Josh Brubaker’s Girlfriend: Who is Bru From The Circle Dating?

The 25-year-old Bru is not single; he is dating Anna Sitar (@annaxsitar), who hosts radio broadcasts on numerous stations across the country. In March of 2021, the now-couple met for the first time.

In the summer of 2021, Bru and Anna began “soft debuting” their relationship online. The two would tease their fans by posting videos on their TikTok profiles with images of each other. Anna and Bru confirmed their romance on TikTok in December 2021, possibly after Bru finished filming for Season 4 of The Circle.

Bru’s girlfriend, Anna Sitar, a TikTok star, frequently appears in and comments on his videos. They’re a popular couple on the platform, and their supporters frequently characterize them as “sweet.”

The couple attended the Vanity Fair red carpet party together from Los Angeles, as advertised on the video app. She is a TikTok celebrity who also has a YouTube channel with over 184K subscribers.

Anna made a name for herself before they met by making relevant videos about how to get over a breakup. Bru, like Anna, is from Michigan, and the two met in Los Angeles.

They’ve been inseparable from their first meeting, but they kept their relationship quiet until December 2021. Fans suspected that they had been dating for some months before going public with their relationship.

The couple is still together, and it appears that they are having a great time together. The couple has found the ultimate love glue, and it doesn’t seem to be going away anytime soon.