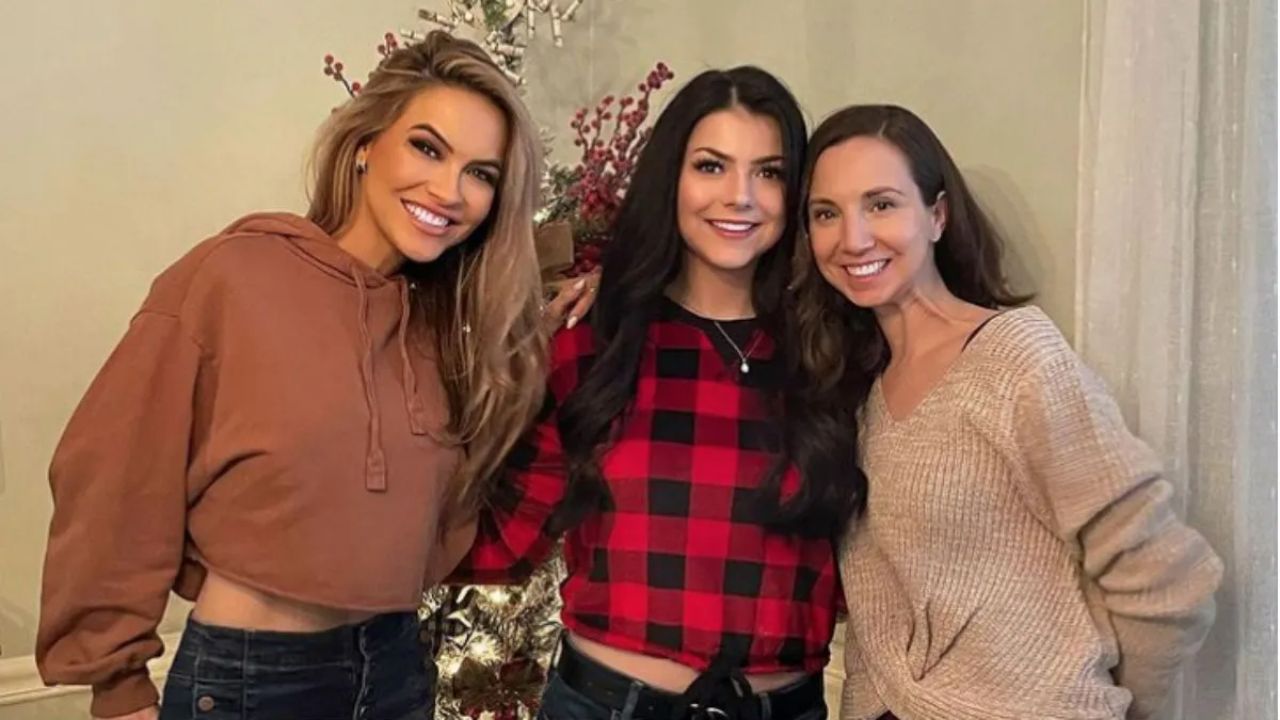 Chrishell Stause is a realtor and a cast member of Sellin Sunset since the very first season. Chrishell has exactly four sisters and her eldest sister, Shonda even made her cast in the first and second seasons of Selling Sunset. We also know that Chrishell’s youngest sister is Sabrina Stause.

The popular American reality show, Selling Sunset is back with its fifth season, and like its previous season, this new season ended with a bang.

Basically, all these cast members are real estate agents belonging to a real estate company, The Oppenheim based in Los Angeles, California. Specifically, these realtors work together under the real estate developer, Jason Oppenheim.

Chrishell Stause is one of the cast members of Selling Sunset who somewhat had a connection with Jason, and now, people have been concerned about her personal life, and are wanting to know if Chrishell has any sisters or brothers.

Previously, we touched on Chrishell’s weight loss and her new girlfriend G Flip.

Terrina Chrishell Stause who is popularly known as Chrishell Stause is an American actress and is best known for her role in her appearance in Netflix‘s popular reality show, Selling Sunset Season 5. However, this wasn’t her first time making her presence in the reality show, rather Chrishell has appeared on All My Children as Amanda Dillon and Jordan Ridgeway on Days of Our Lives.

Chrishell Stause (@chrishell.stause) was born on 21st July 1981 in Draffenville, Kentucky, United States. However, she went through a heart-wrenching incident between 2019 and 2020 when Chrishell lost both of her parents to lung cancer but Chrishell had revealed that her father had adopted her during the time of her birth, and Stause is yet to meet her biological father.

During her childhood years, Chrishell never felt left out and enjoyed every bit of moment with her four sisters. Although all those sisters weren’t her biological sisters, Chrishell never felt that way, and even during the first and second seasons of Selling Sunset, Chrishell’s oldest sister, Shonda made her appearance, and as of today, she resides in St. Louis.

Chrishell doesn’t reveal much about her sisters, and as of today we only know the name of her youngest sister, Sabrina Stause, and eldest, Shonda.

Are Chrishell and Jason Still Together?

Chrishell and Jason (@jasonoppenheim) crossed their paths through their professional field, and with time, they caught feelings for each other. Taking their relationship to a family level, Chrishell planned on birthing a child with Jason, and thus, to implement their thoughts, they went to the hospital and talked about embryos.

While everything was going smoothly, a sudden wave hit Jason and made him realize that he wasn’t ready for becoming a father. To that point, the difference in their opinion on parenthood brought an end to their relationship, and they are no longer together.