Chrishell Stause’s Family: Lost Both of Her Parents Due to Lung Cancer; Close With Two Sisters! 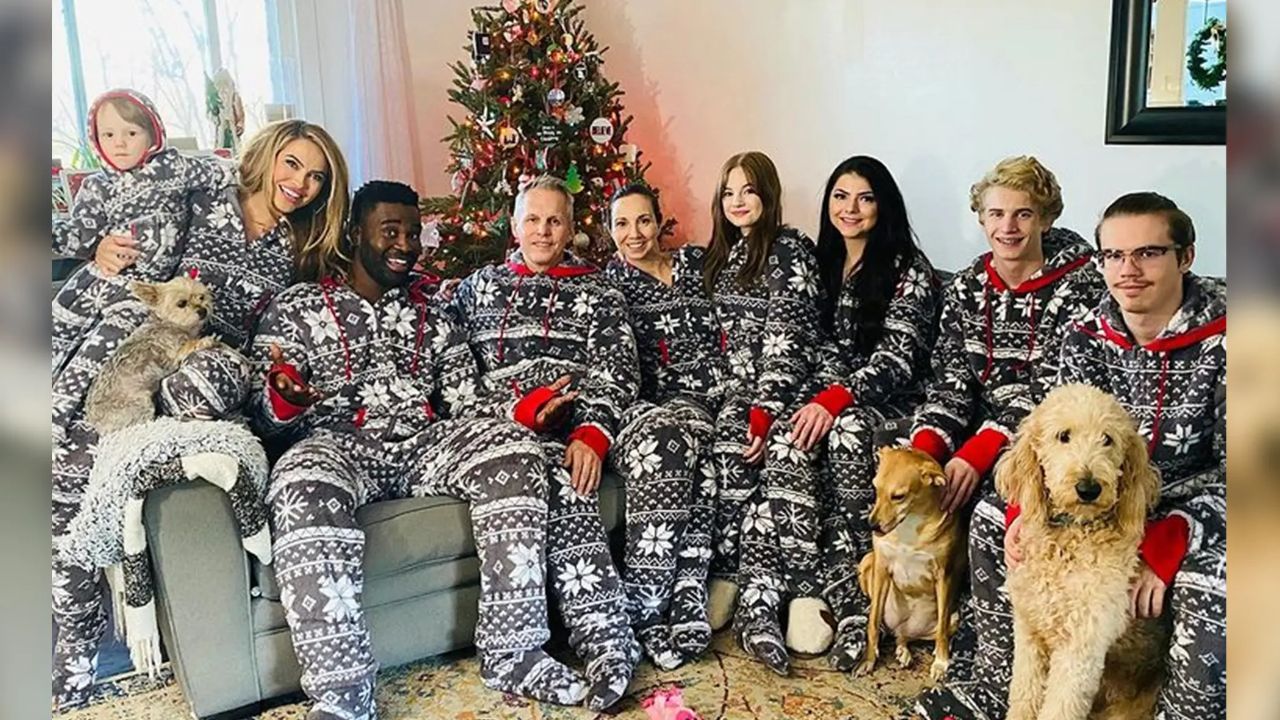 Chrishell Stause had a beautiful family even after she was adopted by Jeff Stause and Ranae Stause right after her birth. Both of her parents died in 2019 & 2020 due to lung cancer. Similarly, she has two sisters who are very close to her. However, no information has been made public about her biological father. Some fans even wonder if she has any kids. Well, she doesn’t. She is currently dating singer G Flip which is why fans seek more information about Chrishell Staus’s family.

Terrina Chrishell Stause is an American actress who came to fame after portraying Amanda Dillon on ABC‘s American television soap opera All My Children. She also starred in the NBC daytime drama Days of Our Lives, portraying Jordan Ridgeway. Stause made her film debut in the 2008 film Scaring the Fish, in which she played the role of Robin.

Stause is a real estate agent in addition to her professional career. Her work is featured in Selling Sunset, a Netflix reality television show about The Oppenheim Group, a real estate company specializing in luxury homes in Los Angeles. When the show originally started, Chrishell was the new agent in town, and she rapidly won over viewers with her candor about growing up without a home and the hustle she had to bring when it came to selling those multi-million dollar mansions.

Recently, Season 5 of Selling Sunset was released. In addition to that, her romance with G Flip has made fans know more about her. Similarly, many are curious to know about Chrishell Stause’s family. We, let’s find out everything.

Selling Sunset Star Chrishell Stause’s Family: Lost Both of Her Parents Due to Lung Cancer; Sisters!

Talking about Chrishell Stause‘s family, both of her parents are dead and she has two sisters named Shonda Davidson and Sabrina Stause. It’s a tragedy for everyone who faces the situation Chrishell faces. After a long fight with lung cancer, Chrishell’s father Jeff Stause died in April 2019. Chrishell was adopted at birth by Jeff. She’s always called Jeff dad because she’s never met her biological father. She posted an old picture with her dad on her Instagram.

She wrote, “We lost you today but it was a long terrible battle with cancer that started taking you years ago. I choose to remember you the way you were before it took its hold on you. You are at peace now, and ever the Catholic man at heart, I think you chose Easter for a reason.  I grew up in an unconventional family and my dad was a drummer-the heartbeat of the music. Today we lost the heartbeat of our family but I am happy knowing he took his music to heaven. It just got a lot more rock and roll up there. We love you so much.

Chrishell Stause revealed in February 2020 that her mother Ranae Staus had been diagnosed with the same condition and only had a few months to live. Though the pandemic prevented the now-40-year-old actress from seeing her mother, it strengthened their relationship.

In an interview with US Weekly, she stated,

“My mom is suffering from stage 4 lung cancer and because of COVID I haven’t been able to see her. However, now we talk on the phone every day, which we never did before. In the strangest turn of events, something that by design is keeping us apart has actually made us closer than ever.”

Chrishell Stause shared some beautiful Instagram videos of her mother donning a wig that might appear familiar while visiting family in Murray, Kentucky. Chrishell wore it to the American Music Awards, but she thought it was great for her mother.

However, Ranae Stause died in July 2020, with her daughter by her side. Chrishell expressed her comfort at the fact that her parents were reunited. Chrishell broke down in tears as she danced to Grace Potter and the Nocturnals‘ Stars.  She said she listened to the song a lot when she was grieving the loss of her family. She used the performance to raise awareness about cancer and Stand Up To Cancer, an organization dedicated to cancer patients’ long-term survival.

Fans of Selling Sunset may remember Shonda from the show. The esthetician and mother of three met Chrishell Stause for lunch in the first season, where the newly-minted Oppenheim Group agent briefed her older sister on her new responsibilities. Sabrina Stause, Chrishell’s younger sister, has never been on Selling Sunset, however, she is frequently photographed alongside Chrishell. Her background is unknown, although she appears to get along well with Chrishell and Shonda.

Chrishell sells multi-million dollar mansions to clients on Selling Sunset, something she and her sisters could never imagine as children. Sadly, the three Kentucky girls grew up in poverty. Chrishell stated several times throughout her youth that her family was homeless.

However, Chrishell Stause never let it get to her as she remained looking forward to brighter days. As a child, she adored watching soap operas and admiring the women that appeared on film.