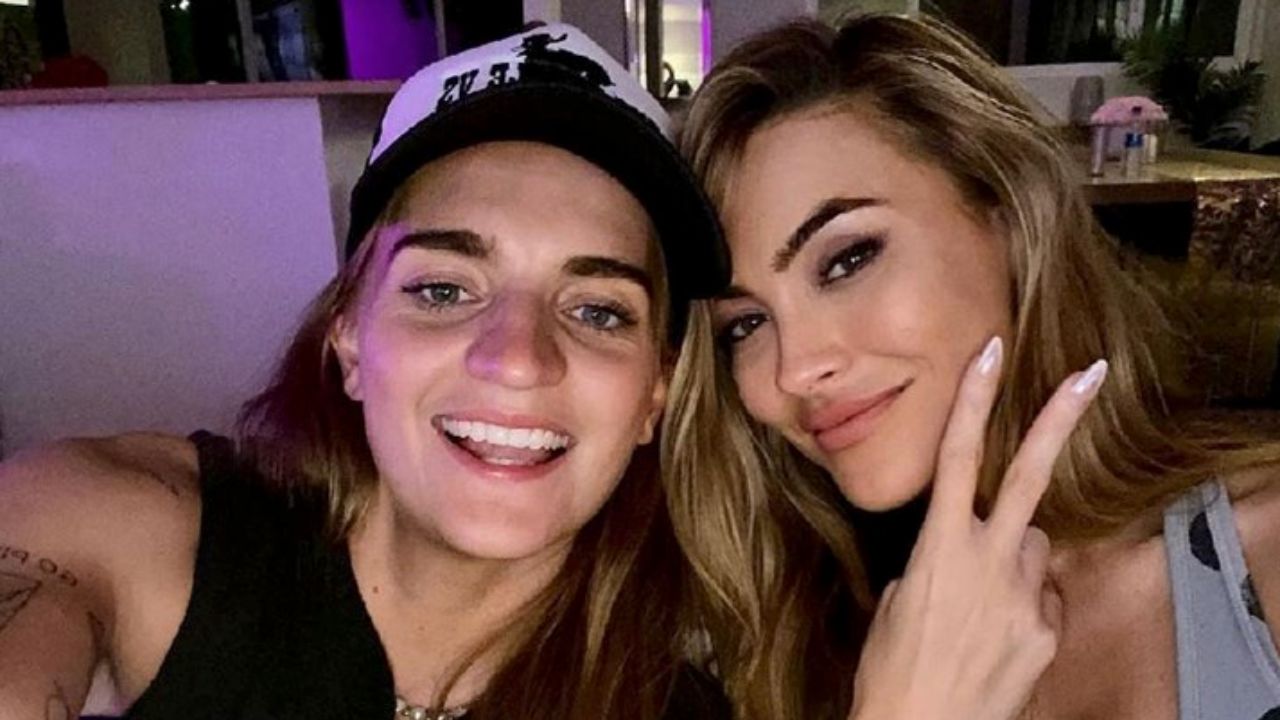 Chrishell Stause from Selling Sunset was recently spotted by a Reddit user holding hands with a woman, who is now believed to be her girlfriend and revealed to be a non-binary Australian musician Georgia Flipo, who goes by G Flip, five months after the split with Jason Oppenheim. Fans seem to be taking it as a confirmation that they are dating when Chrishell Stause referred to her rumored girlfriend G Flip as her date.

If you ever shipped Chrishell Stause and Jason Oppenheim from Selling Sunset – Netflix‘s reality real estate show – together, you might already be upset over their break-up but prepare to be more upset because Chrishell Stause herself does not share your feeling. In fact, it very much appears as though she has swiftly moved on from her former lover and is already dating someone new.

This time, she seems to have changed the sex preference of her partner and chosen to go out with a woman, or rather a person who’s non-binary. Either way, Chrishell Stause got herself a girlfriend. You might be wondering who is it that has already made the Selling Sunset star forget about Jason Oppenheim so soon. We have got the details about the one Chrishell’s dating now for you!

The latest one Chrishell Stause (@chrishell.stause) is linked with is Georgia Flipo. Georgia Flipo, who is self-styled as G Flip (@gflip), is a singer and drummer from Melbourne, Australia who is non-binary and goes by the pronouns of they/them. They are best known for their hits Killing My Time and Drink Too Much.

They won Breakthrough Independent Artist of the Year at the ARIA Awards in 2019. Just last year, they were romantically linked to Australian Bachelorette Brooke Blurton. It would appear that it’s not just Chrishell but Georgia Flipo has a new girlfriend.

The pair of Chrishell Stause and Georgia Flipo stoked the dating rumors after a Reddit user spotted them holding hands after a concert in Denver, Colorado recently. They were snapped and their pictures uploaded on Reddit.

If you don’t believe that picture alone cannot be a confirmation that they are dating, then G Flip doesn’t want you to doubt that they are indeed each other’s girlfriends so they added more fuel to the fire when a Twitter user tweeted to Chrishell Stause that ‘she is too pretty to be with a man’ and Georgia Flip responded with a tweet: ‘Agreed.’ One word but all that was needed for people to believe that they have been going out. They are really being an appreciative girlfriend.

Not only G Flip, but the Selling Sunset star also doesn’t want to be left out in dropping hints of their relationship. The reality star probably wants us to find it very telling that they are dating and G Flip is, in fact, her girlfriend when she called them her ‘date’ the night before filming the Selling Sunset Season five reunion.

So, there it is. All the hints and confirmation that Chrishell Stause is now dating her new girlfriend G Flip. She is no longer hung over her ex-boyfriend Jason Oppenheim. After all, it has already been five months since they split up. Too long to despair over a failed relationship.

Though Selling Sunset fans were absolutely delighted with the match between the real estate agent Chrishell and her boss Jason, the president of high-end real estate brokerage The Oppenheim Group, it is time now for them to let go as well because well, their relationship is in the past.

Just be happy for Chrishell now that the real estate agent has got herself a girlfriend. And that she continues to be a good friend to Jason Oppenheim despite their romantic history. Not that their romantic history was plagued with the memories of regret that they had ever been dating. They only stopped dating because they realized that they had very different plans for their future.

Chrishell Stause wanted kids sooner rather than later and Jason Oppenheim didn’t have kids near anywhere on the horizon. They wanted different things. There really was no point in continuing with their relationship.

So, Chrishell went back to being Jason’s coworker from being his girlfriend after about seven months of dating. Now, all’s well that ends well because she has a new girlfriend who seems to be very lovely.