School of Chocolate: What is Cedrick Simpson Doing Now? 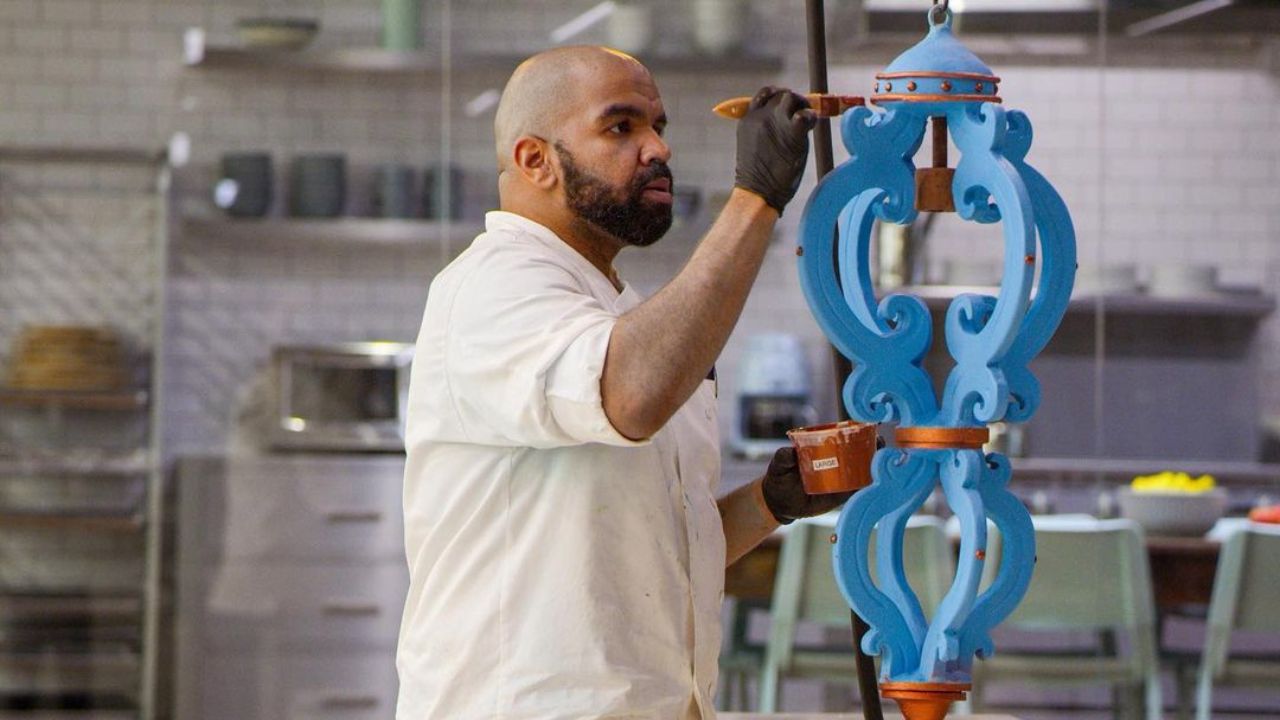 Cedrick Simpson from School of Chocolate on Netflix works as a pastry chef at a private club in Atlanta. The Food Network star is active on Instagram with over 3k followers.

The inaugural season of Netflix’s School of Chocolate thrills the bonbon lovers in all of us!

The competitors’ host and coach is renowned pastry chef Amaury Guichon, who provides them with instruction and pushes their talents to discover who is the pick of the bunch.

Who is Cedrick from School of Chocolate on Netflix?

Cedrick Simpson, who comes from a military household, spent a portion of his boyhood in Germany, where he acquired a fascination for both sweets and nature, which he only recently combined.

After appearing on the sixth season of Food Network’s Holiday Baking Championship in 2019, the Netflix original School of Chocolate was definitely not his first appearance on a reality show. Nonetheless, it aided his career.

The seasoned pastry chef presently serves at Capital City Club in Atlanta, Georgia, and has been on a remarkable weight loss journey (losing 100+ pounds) in the last few years.

What is Cedrick Simpson Doing Now?

Cedrick serves as a confectioner in an Atlanta private club. On a personal front, he recently lost 100 pounds within a couple of years and posted an image on Instagram, showing off a much leaner figure.

Amid all of this, he hasn’t given up his regular job, which periodically entails consuming sugar. He is presently employed at Capital City Club.

Cedrick, who comes from a military family, spent a portion of his youth in Germany, where he sampled some of the best pastries and chocolate.

He has served as a pastry chef at Le Cordon Bleu as well as at various top-class Atlanta hotels, notably The Whitley and Ritz-Carlton.

Cedrick Simpson is indeed active on Instagram as @cedrick_simpson. He has over 3k followers, as of this writing.

Filmed in Los Angeles, California, School of Chocolate is currently streaming on Netflix.