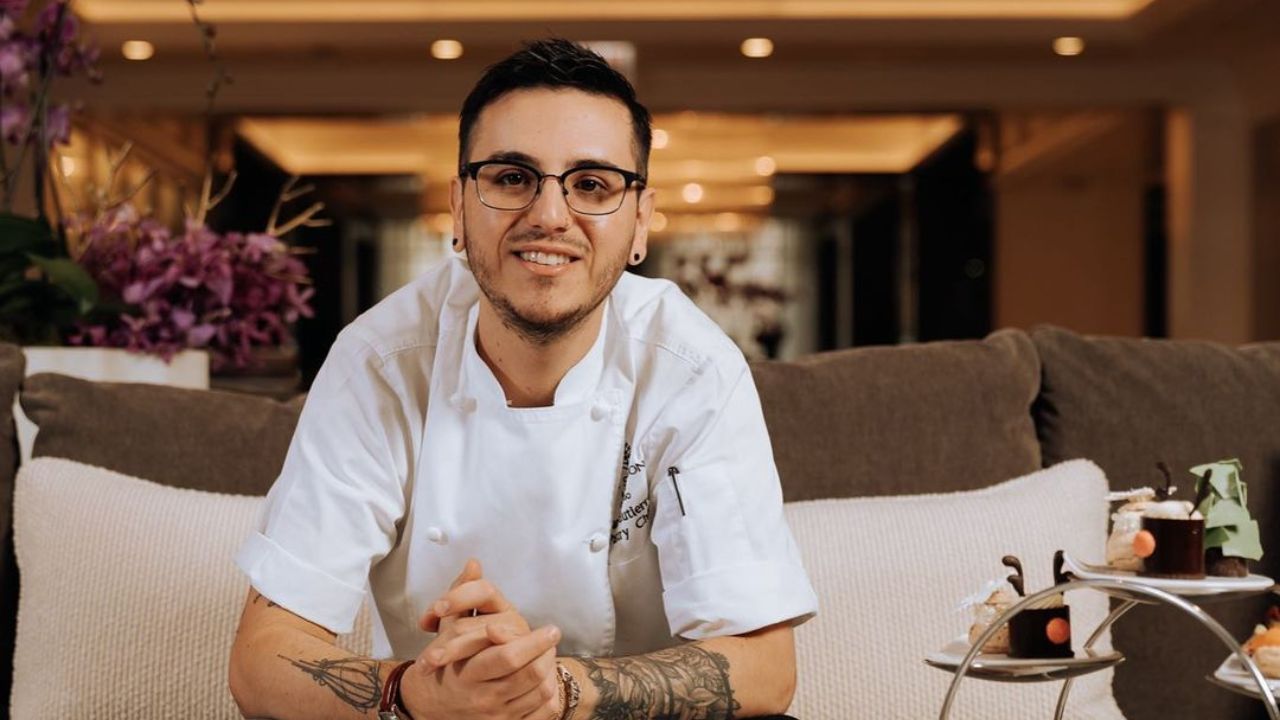 Juan from School of Chocolate is the winner of the Netflix show. The talented cast member wins the reality competition in a deserving manner. Find chef Juan Gutierrez on Instagram.

School of Chocolate, as the title suggests, is a confectionery-focused reality competition show that goes to great lengths to guarantee that a learning atmosphere is stressed above everything else.

It portrays the odyssey of eight experienced pastry and chocolate experts as they endeavor to advance their talents under the mentorship of French chocolatier Amaury Guichon.

Yes, it is a competition to see who is the finest, but the chefs are just “graded” rather than evicted, which adds to the intrigue.

One of the cast members is the talented Juan Gutierrez. He joins the likes of Cedrick Simpson, Mellisa Root, Tyricia Clark, and Thiago Silva as a contestant to watch out for. Did he win School of Chocolate Season 1 on Netflix? Let’s find out.

Juan Gutierrez: Who is the Winner of School of Chocolate Netflix?

Chef Amaury Guichon chose Mellisa Root and Juan Gutierrez to compete after eight episodes of the caterers studying how to scale down or stretch themselves in their baking concepts.

The two were the most consistent performers among all the contestants on School of Chocolate (filmed in Los Angeles, California), however, Juan’s accomplishments were more acclaimed than Mellisa’s.

They each put out their best effort in a chocolate showcase challenge with a primordial theme, helped by their fellow experts. But it was Juan who took home the title of Best in Class in the end. Given that he’d gotten ahead of the group early on, it wasn’t a surprise ending to the reality show.

The Netflix star managed to win the $100,000 reward, an opportunity to take an international teaching class at Chef Guichon’s pastry school in Las Vegas, and 500 lbs of Cacao Berry chocolate.

In addition, Juan received a one-on-one sesh with Cacao Berry restaurateurs in their state-of-the-art building, and permission to partake in a premier event at the Charleston Food and Wine Festival.

Juan from School of Chocolate Now: Is the Chef on Instagram?

With a culinary degree from Mariano Moreno Culinary Institute and The French Pastry School, as well as noteworthy years of experience as a trained chef, Juan Gutierrez is a living testament that pushing yourselves during adversity and bereavement is indeed possible.

His persistence, creativity, and pure kindness are evident, which is why he was able to complete School of Chocolate, which he devoted to his late mother.

The Colombian is now thriving in the real world, working as a Pastry Chef at the Four Seasons Hotel and Resort in Chicago, Illinois.

On the social front, you can find this incredible talent on Instagram: @pastrychefjuan.