Are Thiago and Nanda from ‘Love is Blind: Brazil’ Still Together Today? 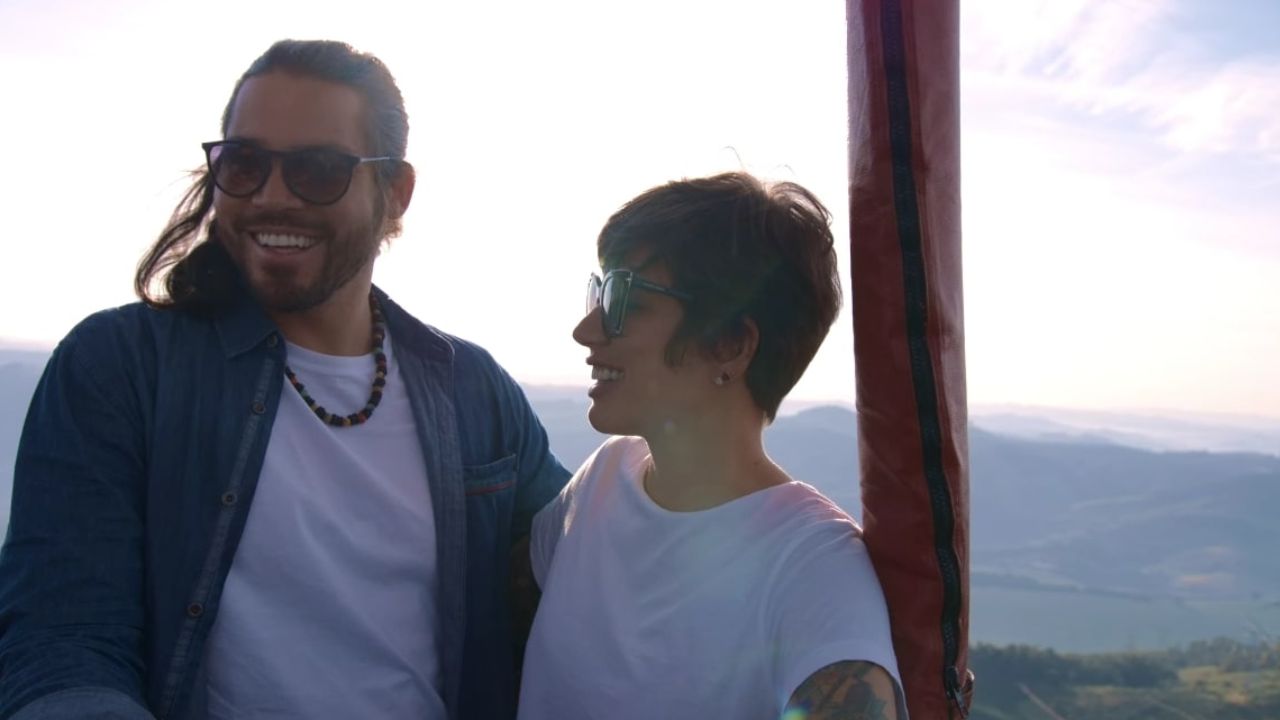 Fans wonder if Thiago and Nanda from ‘Love is Blind: Brazil’ are still together today. The love triangle between Thiago, Nanda, and Mack is confusing fans in 2021.

Love is Blind: Brazil, also known as Casamento Às Cegas: Brasil, is an intriguing reality series on Netflix in which a group of attractive people strive to meet their soulmate, find love, and get engaged without ever seeing each other.

In other words, they want to form a connection without being influenced by physical attractiveness. If they end up finding a match, they have a month to determine if they wish to stay together permanently.

So, without further ado, let’s discuss if one of the most popular duos from the show was able to overcome their obstacles.

Thiago’s Love Adventure with Nanda on ‘Love is Blind: Brazil’

Fernanda Terra aka Nanda, then 36, revealed on the dating program that she was sick of trivial encounters and was sincerely hoping for a stronger emotional attachment.

Thiago Rocha, then 34, claimed that he was at a place in his life when he believed he was ready to begin a new chapter and start a marital life.

Therefore, their very first chat from their “pods,” which covered topics such as traveling, relationships, parenthood, and future goals, established the theme for their journey. It was subtle, yet it was apparent that they bonded.

However, on the very first day, Nanda struck up a friendship with Mackdavid Alves aka Mack, resulting in conflicts and confrontations. Over the next three days, this couple talked about their passion for the beach and their connections, among much other stuff, with Mack exhibiting his earnestness.

Thiago, on the other hand, was not ready to throw in the towel and showed that he could provide Nanda with the sense of stability and security she desired.

After much deliberation on Love is Blind: Brazil, Nanda chose to stay close to her inner gut and made her decision, dropping a proposal to Thiago herself. Prior to that, she had broken up with Mack, which he acknowledged but clearly detested.

Are Thiago and Nanda Still Together in 2021?

Following the proposal, Thiago stated that he was planning to do precisely the same, adding that Nanda would never not want him together.

When they bumped into each other for the very first time on Love is Blind: Brazil, all of this was only confirmed because they both felt as if they’ve known one another for years.

Nanda and Thiago discussed everything on their “honeymoon,” from where they wish to live following their marriage to how they’d deal with real-world challenges; he even kept showing that he actually cared about her (she felt the same way). However, Nanda seeing Mack and smoking cigarettes began to fracture their bond.

Sadly, it’s unknown where exactly Nanda, Thiago, and Mack sit in their ties today. Both men follow and communicate with Nanda on social networking sites, indicating that they are on excellent terms.

However, while Thiago continues to write flirtatious remarks on her photos like any other frequent lover, Nanda uploaded a picture from the same location as Mack last month, hinting that they were in a relationship.

Their love triangle remains perplexing, so we can’t be sure until one of them speaks up with what’s going on. We only know that all three of them appear to be content right now.

Before you leave, find out if Dayanne and Rodrigo, Hudson and Carolina, Lissio and Luana, and Shayan and Ana are still together!

Plus, grab details of the reunion release date!