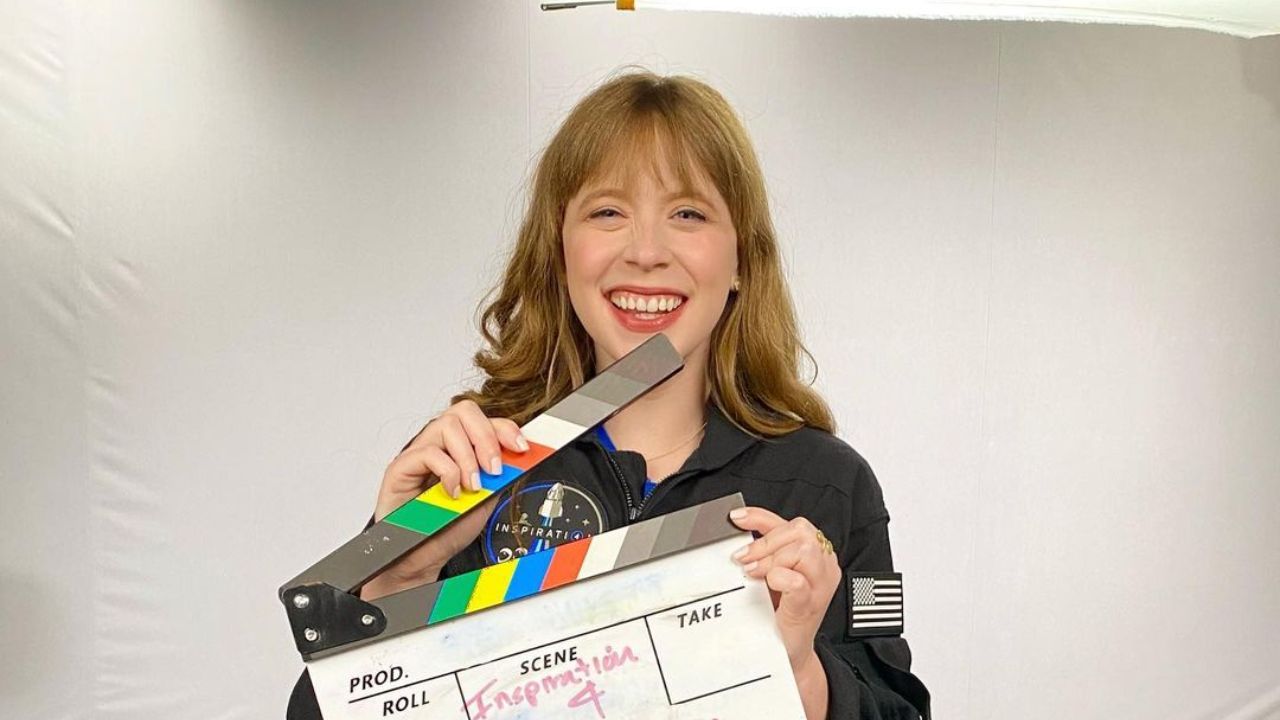 Hayley Arceneaux is a SpaceX astronaut as a part of the Inspiration4 crew. She is heading to space on Netflix’s docuseries Countdown: Inspiration4 Mission to Space.

Every day of Hayley Arceneaux‘s life, she does some form of Inspiration4 training — workout, research, planning, and so on. The entire crew trains every few weeks, either within site at SpaceX in California or at a different location for customized courses.

And now, the adventure of the Inspiration4 crew on the first all-civilian orbital space mission is set to air on Netflix through the new docuseries Countdown: Inspiration4 Mission to Space.

When the new Netflix star on Countdown: Inspiration4 Mission to Space, Hayley Arceneaux spent her time at SpaceX in June, it was especially memorable for her.

It was literally the first time all four crew members trained together in the simulation model of the Dragon capsule, which will be orbiting the Earth more than 500 kilometers (311 miles) above the earth’s atmosphere, further into space than the International Space Station.

They sat in their allotted seats for the very first time while still wearing their spacesuits at one juncture.

As Hayley Arceneaux was seated in the further window seat on the left, she looked to her right at her crewmates Dr. Sian Proctor, Chris Sembroski, and Jared Isaacman (whose net worth is believed to be $2.6 billion), and everything felt so right and exhilarating for her.

They all seemed to be precisely where they were supposed to be. This was one of those moments at SpaceX when everything felt so genuine for her.

Hayley Arceneaux notes one important thing to remember is they’ll be in close quarters! Exterior, the capsule is 26 feet tall and 13 feet broad – a little cramped for four individuals to live in for three days, which is the length of their mission.

It is critical to go through the processes of how they will live in it because there is minimal space for error.

They donned in their spacesuits for this specific training session and began learning the manner in which to connect and release their seat restraints to stop them from floating around, how to use the restroom (a concealed chamber behind a panel), how to consume the space cuisine, and how to sleep.

Hayley normally doesn’t have difficulties sleeping, so the SpaceX astronaut is hopeful she’ll be able to do so while fastened to the seat, which rests flat and using noise-canceling earbuds to drown out the sounds of the engines, which fire regularly to keep them in their orbit trajectory.

Moreover, they rehearsed lowering the window blinds, which are critical to holding darkness since they will be alternating 45 minutes of daylight and 45 minutes of darkness all through the journey as they orbit the Earth every 90 minutes.

Some astronauts she’s talked to claim it’s the finest sleep they’ve ever had because there are no pressure spots on their bodies owing to zero gravity.

Before you leave, make sure to check out Jared Isaacman’s wife Monica Isaacman.