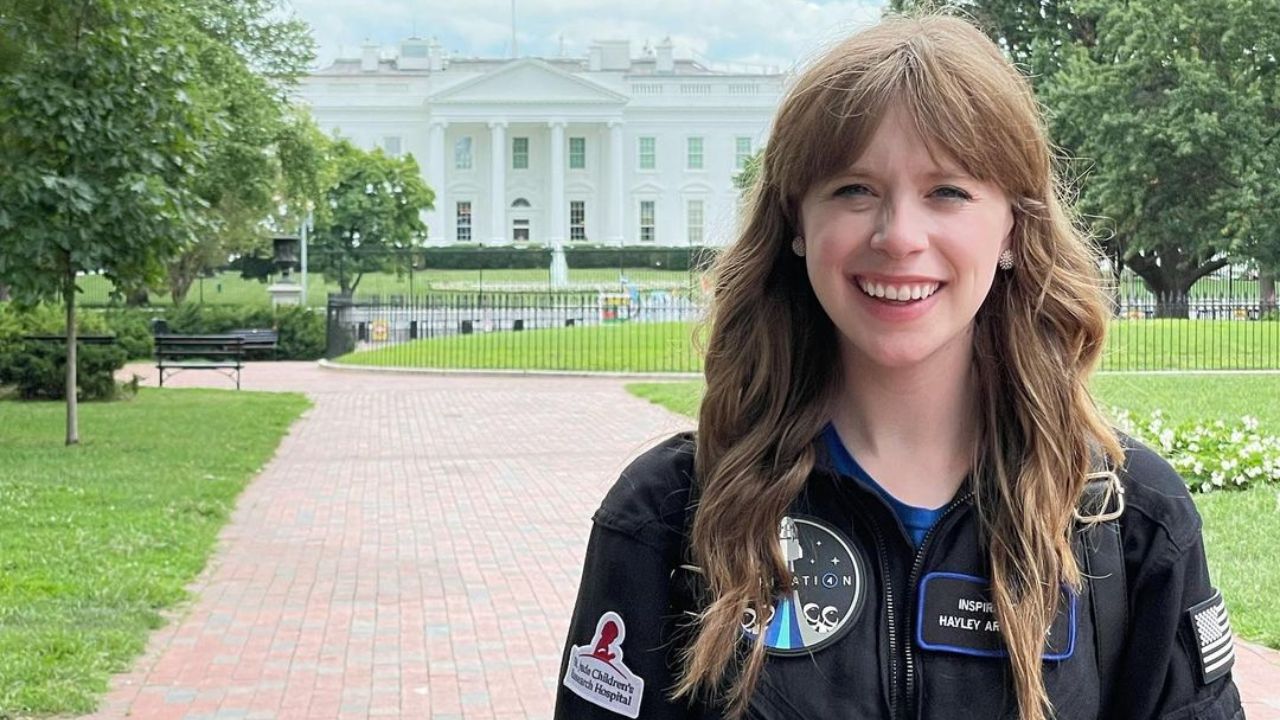 Hayley Arceneaux stars in the Netflix docuseries, Countdown: Inspiration4 Mission to Space. She is a cancer survivor heading to space to inspire her patients at St. Jude.

Hayley Arceneaux, one of the cast members on Netflix‘s Countdown: Inspiration4 Mission to Space got admitted to St. Jude Children’s Research Hospital over 20 years ago.

There, she received treatment for bone cancer, which she eventually overcame. Several years later, she became a physician assistant at the same hospital that kept her alive.

Aside from becoming the youngest person in history to orbit the Earth, she may also become the first individual with a prosthetic body part to explore outer space, all due to her passion for helping others.

Hayley Arceneaux was hand-picked to be a member of the Inspiration4 expedition, the world’s first all-civilian space mission.

Speaking of this amazing opportunity, she shared:

It’s an incredible honor to be a part of the mission, and even though I can’t wait to get up there and experience it, I’m really enjoying the preparation and training.

I love learning and experiencing new things, and I’ve really enjoyed getting to know the rest of the crew. And I especially love talking to my patients about the mission and showing them life beyond cancer is not only possible but can be full and meaningful.

Back in February 2021, billionaire Jared Isaacman stated he had purchased the whole SpaceX rocket launch on 15th September 2021 to ensure that the venture was not limited to the ultra-rich.

Therefore, he donated two of the four tickets to St. Jude, one for a sweepstakes victor and another for somebody who symbolized hope — which is where Arceneaux comes in.

When I was invited to join the Inspiration4 mission, I said yes without hesitation.

I knew this would be a once-in-a-lifetime opportunity for me, an incredible fundraising effort for the hospital that saved my life, and a source of hope for kids going through cancer treatment.

When asked what she’s most thrilled to experience, Arceneaux says it’s gazing back and witnessing Earth from space for the very first time in her life, as well as getting a taste of zero gravity for the first time.

On a broader scale, I’m excited for what this mission means for the future of space travel — opening up space travel to civilians and people who might not have been able to meet the physical requirements of traditional astronaut programs.

Hayley Arceneaux reveals she’s thrilled that their path is motivating cancer survivors and those who have overcome adversity to keep following their dreams and to never give up hope that better days are ahead.

Arceneaux also understands that her path isn’t one she’s going alone, but with everyone who has supported her, and with everyone she can influence to recognize and give something back to St. Jude and her birthplace of Memphis, Tennessee.

Hayley Arceneaux says the hospital has always symbolized hope to her and the patients, and the city has rallied around it as a shining star for kids and the future well-being of coming generations.

Before you leave, make sure to check out Jared Isaacman’s wife Monica Chacana.