Meet the Cast of Countdown Inspiration4 Mission to Space on Netflix 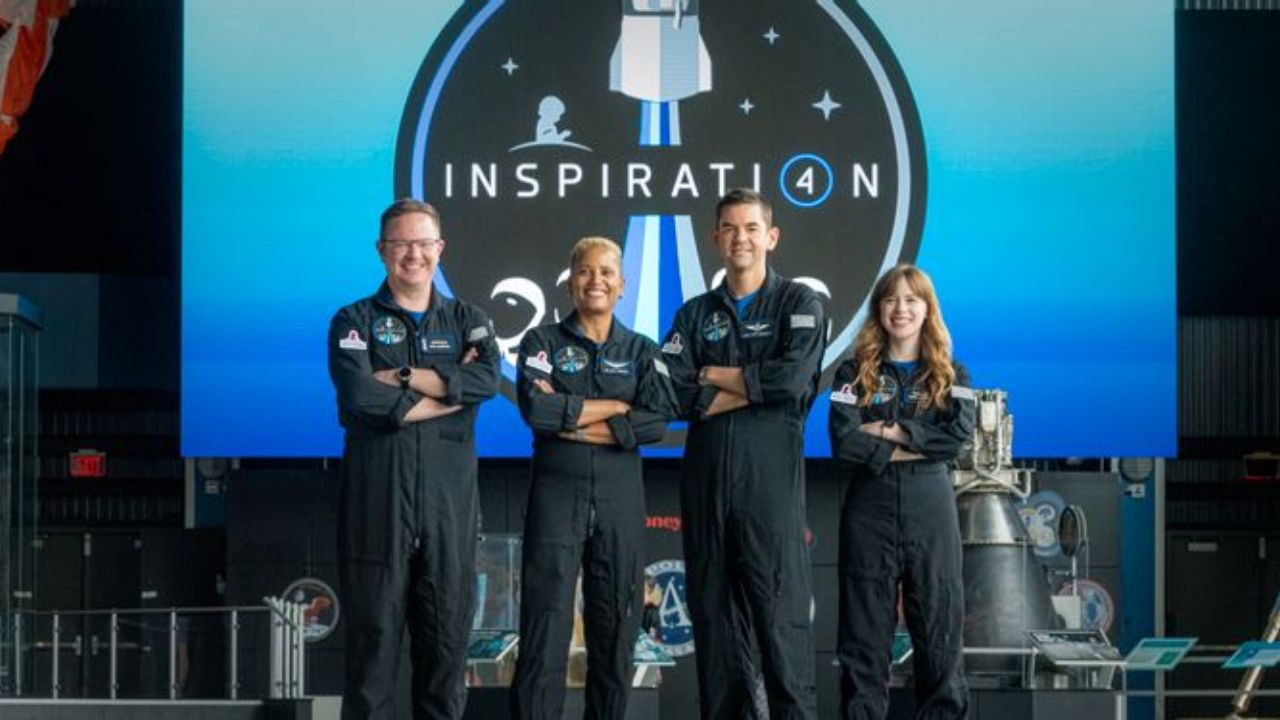 The latest trailer provided a more comprehensive welcome to the four individuals embarking on their voyage to space. We learn about some of each cast member's personal interests and what motivates them in their endeavor.

After a brief introduction by Elon Musk on the mission's seriousness, we first bump into Hayley Arceneaux, a cancer survivor during her childhood and pediatric caregiver.

She helps kids go through the same hardships she went through when she was their age and intends to motivate other children with similar aspirations.

Meanwhile, Chris Sembroski, an Air Force vet, is finally getting an opportunity to fulfill his childhood ambition of traveling to space. In the trailer, he is seen with his wife, who is preparing to launch him into orbit.

Dr. Sian Proctor is a scientist who is inspired by her father's words of encouragement as well as her dad's passion for space.

With the conclusion of the journey, she will be the fourth Black female American astronaut to venture into space.

Lastly, there's Jared Isaacman, the Chief Executive Officer of Shift4 payments and a highly competent pilot, but the clip stresses his joy of being a father.

Hayley Arceneaux's knee began to hurt when she was ten years old. Her physician thought it was simply a sprain, but scans revealed Hayley had osteosarcoma, a form of bone cancer, merely months later.

Her family sought healthcare at St. Jude Children's Research Hospital, which comprised of chemotherapy and limb-saving operation. The Countdown: Inspiration4 Mission to Space alum is currently out of treatment and doing well.

Earlier, the SpaceX astronaut and Inspiration4 crew Hayley Arceneaux revealed secrets from her journey to space.

Chris Sembroski was raised with a natural interest in space. In high school, he spent late nights stargazing on the roof of his school, and in college, he launched high-powered model rockets, which solidified this fascination.

As a counselor at the United States Space Camp, the new Netflix star performed simulated space shuttle journeys and promoted STEM-based education to encourage the younger generation to study these fields and discover their interests.

Dr. Sian Proctor, the new cast on Countdown: Inspiration4 Mission to Space, is a geoscientist, adventurer, and science communicator who has a lifetime interest in space travel.

She was born in Guam while her dad was serving at the NASA tracking station during the Apollo missions, and she has continued her father's enthusiasm and love for space.

It's no secret that Jared Isaacman, founder and Chief Executive of Shift4 Payments, is an expert in the field of seamless financial transactions.

He began the business in 1999, when he was only 16, in the cellar of his family's home, and has grown it into an industry-leading payments tech firm with over 1,200 staff.

On a personal front, Jared is married to his wife Monica Isaacman since 2012, with whom he shares two children.