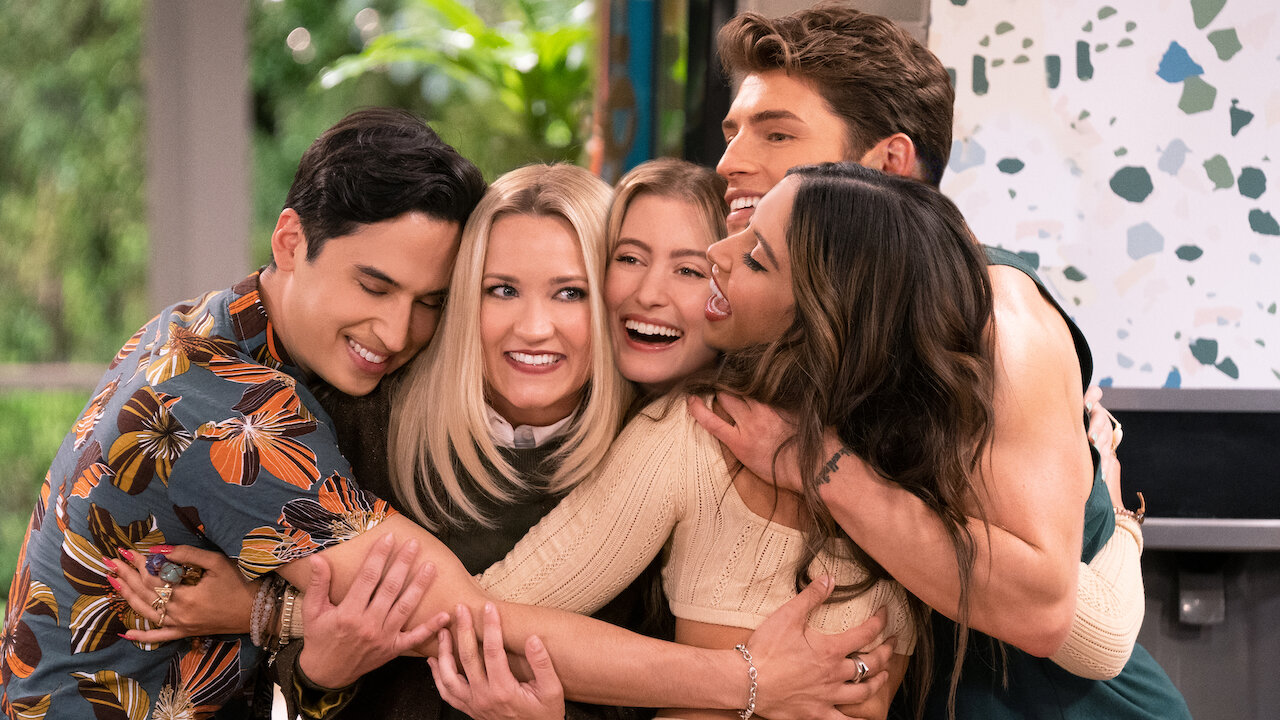 Pretty Smart is the 2021 grown-up version of the basic, digestible magic given by the programs of the 2000s.

While this new show Pretty Smart is currently streaming on Netflix, it stars Hannah Montana‘s Emily Osment along with an ensemble cast that transports us back to 2006.

Chelsea, a graduate student & author, is rejected by her fiance and is forced to relocate in with her unrestricted, considerably less serious sister Claire and her three oddball roommates.

Chelsea faces numerous hurdles as she adjusts to her new life, but she learns a lot along the way—with a couple of narrative twists thrown in for good measure.

Pretty Smart premiered on Netflix on 8th October, so we were understandably curious as to what all the hoopla was about. If you enjoy lighthearted drama with a dash of comedy and passion thrown in, this is the perfect program for you.

Naturally, you spend the premiere episode trying to figure out where you’d seen the extremely recognizable characters previously (don’t worry, we did, too).

Thus, we dug deep ourselves to find an answer. Meet the cast of Netflix‘s Pretty Smart in 2021 below.

Emily Osment is arguably most recognized for her portrayal as Miley Stewart‘s best friend, Lily, in Hannah Montana.

Moreover, she appeared in Spy Kids 3D: Game Over and Spy Kids 2: The Island of Lost Dreams. She’s experimented with singing throughout the years, and her music has appeared in several of her Disney films.

Olivia Macklin‘s journey is only getting underway, having had several brief appearances before landing a major role in a Netflix production.

The Pretty Smart star appeared as a regular cast member in Filthy Rich (2020) and LA To Vegas (2018), as well as in the period picture Radium Girls.

Gregg Sulkin, like Emily Osment, is a Disney star who has recently joined the Netflix club. He made appearances in the Disney hits As the Bell Rings (2007) and Wizards of Waverly Place (2010-12).

Later in his career, he appeared in a number of prominent television shows, including Pretty Little Liars (2012-13) and Runaways (2017-19).

Solana is a spiritual healer. Trust what she says, ‘cause she’s PRETTY SMART! Binge it Oct 8th on @netflix pic.twitter.com/47A1LqUwvP

Cinthya Carmona is another rising star who had a number of recurring parts on television prior to becoming a cast member in Pretty Smart.

Michael Hsu Rosen is a multi-talented man who, in addition to acting, is a great dancer and singer, and he even dropped out of Yale to pursue a career on stage. As Michael’s star power rises, the decision certainly looks like it worked for him.

Rosen previously appeared in Tiny Pretty Things (2020), made a cameo on The Good Doctor (2021), and is now ready for Netflix stardom.

Before you leave, check out updates on Season 2. Plus, get to know Dave actor Kevin Miles.