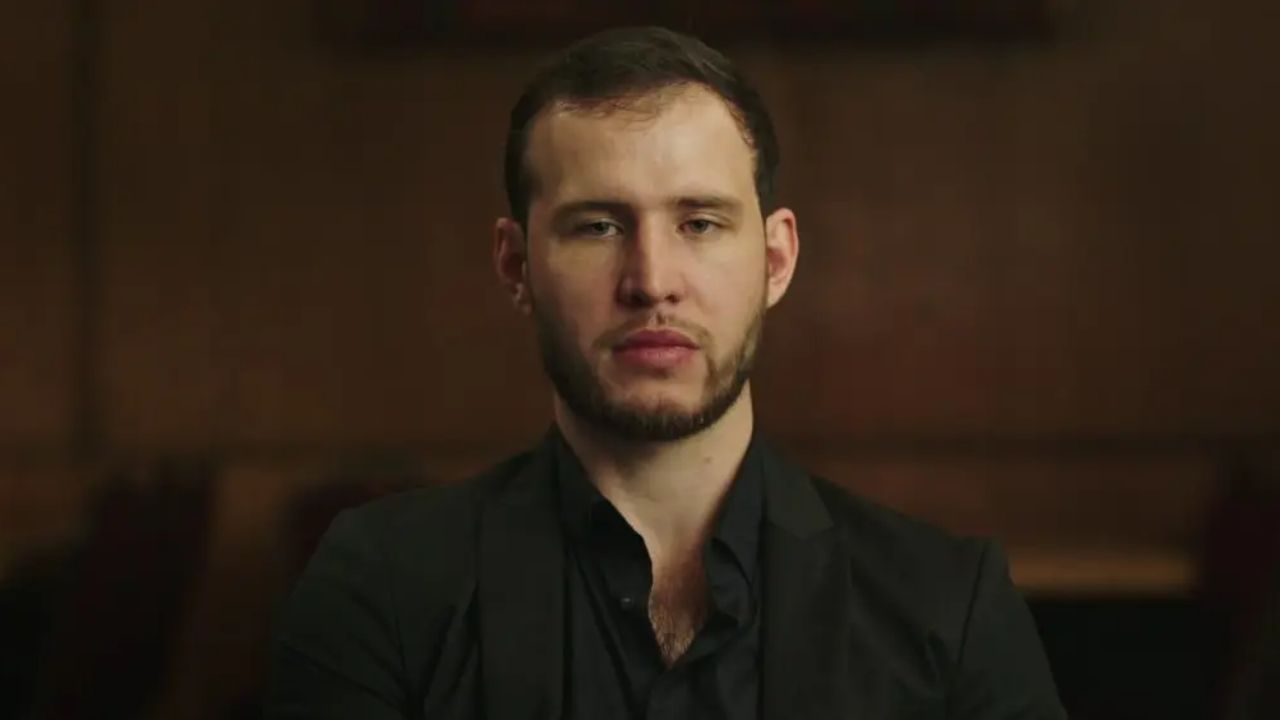 Nazim Seliakhov from Bad Vegan is one of the cast members in the Netflix show. When it comes to his nationality, Nazim Seliakhov is Russian. While Anthony Strangis’ religious talks involving the Devil affected Sarma Melngailis, Nazim Seliakhov remained unfazed and rather questioned his beliefs based on religion. As for social media, Nazim Seliakhov does not have an Instagram account. Since some fans seek the name origin, the name Nazim is primarily a male name of Arabic origin, meaning Organizer.

Bad Vegan, a new Netflix docuseries premiered on 16th March 2022, which features the entire life of an American chef, Sarma Melngailis. Sarma was the owner of two restaurants, and her business was running smoothly, however, due to plummeting profit margin, she was unable to pay off her employees, and was caught plundering others’ money.

Showcasing all the ups and downs of Sarma’s life, this new docuseries, Bad Vegan is getting quite popular, all while she is eventually paying back all of her debts.

Previously, we touched on Will Richards and Sarma’s net worth.

On 16th March, Netflix released a true-crime documentary, Bad Vegan which was solely related to the life of the American chef, Sarma Melngailis. As of now, only four episodes have been released, and others are yet to get publicized.

Sarma (@sarmamelngailis) owned two restaurants: Pure Food & Wine and One Lucky Duck, and Nazim initially worked as the Operational Manager in both these restaurants.

Nazim Seliakhov is originally from Russia. He has a Master’s degree in International Business from the Pyatigorsk State Linguistic University. After completion of his education, Nazim moved to the United States, and he commenced working as a bartender.

At that instant, he met Anthony Strangis and fabricated a story of how Nazim was an ex-military officer. Nazim faked out a story to allure Anthony to partner up with him in the business.

Partnering up with Anthony, Nazim made his first investment of $35,000 to Anthony but with no official papers signed. As Bad Vegan disclosed, Nazim actually knew what Anthony was up to, however, he still decided to stick by his side.

Driving with Anthony, Nazim had uptrained his rage several times as Anthony is a quite religious person, while on the other hand, Nazim contradicted his thoughts on religions, and thus, questioned him several times.

Moreover, Nazim Seliakhov gave his best in helping out Sarma and even recorded the phone calls. Although she asked him to delete them out of fear, Nazim didn’t agree to it, and thus, they kind of set a trap against Anthony.

As seen from the Netflix docuseries, Bad Vegan, Nazim Seliakhov was hated by Sarma’s employees, and Anthony, and thus, they called cops several times, pointing their fingers at Nazim.

This eventually led to Nazim Seliakhov losing his job as the Operational Manager at the restaurants, however, this couldn’t confine his career, rather, he worked as the same post in Viridium Distribution in Portland, Oregon.

Presently. Seliakhov from Bad Vegan is an entrepreneur and is the founder of a pharmaceutical-grade Industrial Hemp Processing Laboratory. He currently resides in New York, and with his company, he is filled with wealth as well as fame. Conversely, he keeps his life away from social media platforms, and as of now, he doesn’t own an Instagram account.

With the end of Bad Vegan, a majority of people were interested to know Nazim’s love life but due to his discretion on his personal life information, we do not have any updates on his relationship status.