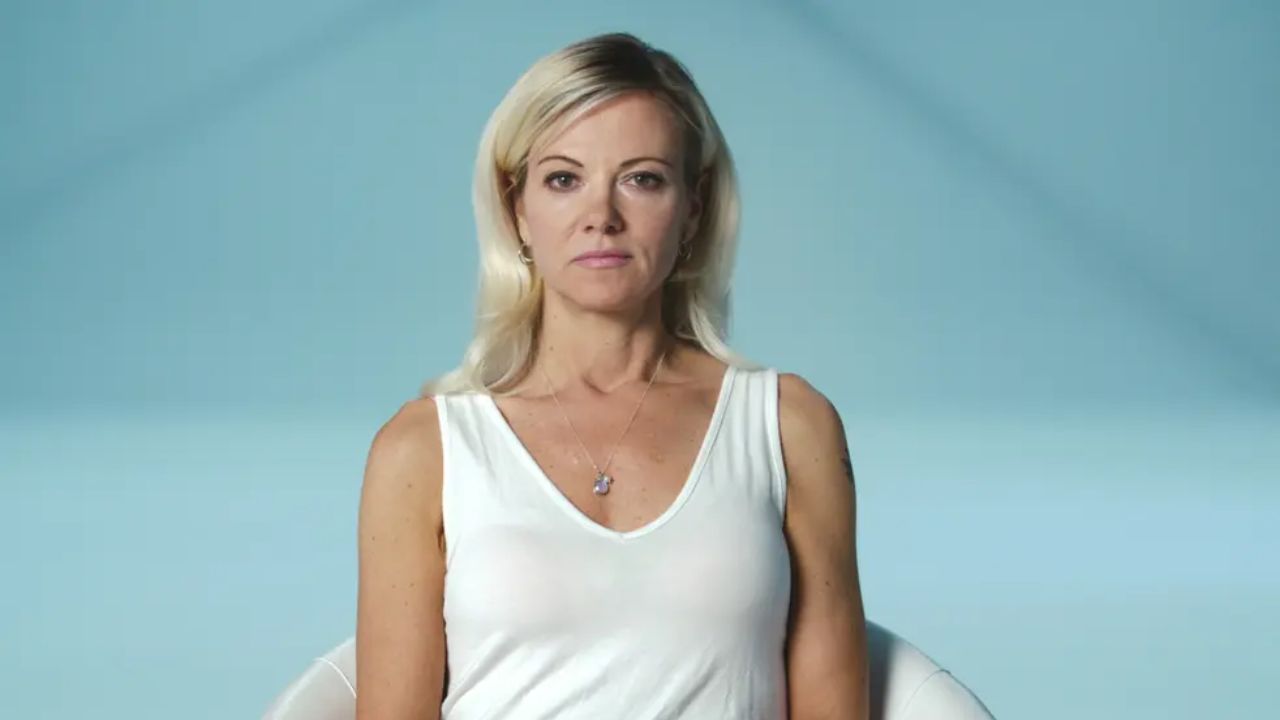 The absurd Bad Vegan ending and the farcical phone call at the end are creating quite a fuss on Reddit. Netflix’s Bad Vegan: Fame, Fraud, Fugitive fails to tie up the story in a way to maintain the intended narrative. The viewers have been resigned to believing that the cheery and light-hearted conversation that took place between Sarma and Anthony was not what usually happens between a criminal and the victim.

Enter Shane Fox. Shane just sweeps her off her feet and makes her fall in love. They marry. Gradually, Shane begins taking over Sarma’s restaurant and professional life. Shane tells her that he is not a human, he is immortal, and he can make her and her dog Leon immortal as well. All she has to do is prove her love and loyalty to him by giving him money.

Sarma Melngailis falls for this like she falls in love. She transfers millions from business accounts to personal accounts duping the investors of her own restaurant. She also stiffs the employees’ pay. She realizes there are consequences to be faced for what she’s done.

She and Shane are charged with fraud and violating labor laws. She takes off with Shane. After about a year of being on the run, they are caught and jailed.

Previously, we touched on Nazim Seliakhov and social media memes.

Bad Vegan is a docuseries is told from the perspective of the victim, who, in this case, is not the investors or employees, but someone who was involved in the embezzlement herself, Sarma Melngailis (@sarmamelngailis).

Apparently, what she did was all under the influence of Shane Fox, which we now know is just an alias for a person named Anthony Strangis. She was manipulated into embezzling from the investors and not paying her employees.

So, if the narrative was that she’s a rich white dignified crook, she wants to correct that inaccurate narrative because she is not just the perpetrator but the victim in her own right.

She says that nobody talks about the manipulation of the mind. So, mostly she talks in the docuseries about how she was manipulated and tricked and gaslit and lied to and taken advantage of.

The docuseries, while it was a hit with the critics, failed to gain the sympathy of the audiences. The story generated quite polarizing views for a tale about deception and lies. When the docuseries explored the manipulation that Sarma faced, how she fell for Shane when he said that he was not a human being, how she believed it when he said he could make her dog immortal, viewers snapped out of it.

If this series had intended to get Sarma back in the good books of the public like she was before then, it failed.

The makers should have cooked a different believable story because the audience didn’t buy how a degree-holder from the University of Pennsylvania’s prestigious Wharton School of Business fell from those simple ridiculous lies.

Yeah, right, he’s not fat, just wearing a fat suit. Sure, the restaurant can be expanded but first, you have to withdraw the money from the restaurant funds.

Then there’s the ending of the series, which shows the phone call between herself and Anthony Strangis. If the viewers had reservations about her story until then this phone call did the trick, it put an end to all those reservations because now they are sure about this story itself being a scam.

This was the nail in the coffin. Let’s give the transcription of that phone call a read and then make up our minds along with the conversation.

Anthony: I was gonna…I almost texted you last week. You know I miss you. I do miss you.
(Another lie probably!)
Sarma: [makes gagging sound]
(The most appropriate reaction!)
Anthony: Really?
(Must be shocked at how he is losing his touch)
Sarma: That’s my response. You realize you do have to step out of the meat suit and appear on a unicorn.
(So finally she has stopped believing Anthony’s lies. That’s good.)
Anthony: I know that, and it’s already in the works in my mind. There will be something.
(Yeah, there will be after he is done with making the dog immortal.)
Sarma: You gonna shapeshift in front of me?
(Not falling for things like that again.)
Anthony: I mean…[laughs]
(When you don’t know how to react, when your trick fails you, when in doubt, just laugh.)
Sarma: [laughs] Come on, you know I’m serious!
(Wait, what? She also laughed?? And laughed in a way that was not mocking him, and not a derisive one?? I mean it sounded like the laugh you would be having at a loved one’s joke, so…)
Anthony: I know you are. Well, I can still make you laugh, so that’s good.
(If you can still make a person you scammed out of millions laugh, yeah, that’s probably good because there’s still a chance- of scamming them again. No lies detected.)
Sarma: Yeah, no, it’s not good.
(Explain why not!)
Anthony: Yes, it is. In a long period of time, I’ve been all over the world, been in different places, and met all sorts of people over a whole lot of years. I love you. You’re the smartest person that I’ve ever met, okay? And you’re the most beautiful thing.
(Here’s the logical explanation from the illogical fraud. Also, what a tragic love story. You scam someone and you fall in love with the victim with whom there is no chance of reconciliation. But she laughed softly at his funny fraud, maybe there’s still a chance.)
Sarma: It fucking pisses me off because you’re right.
(Oh my god!! Will she never learn?)
Anthony: [laughs] It was really good hearing your voice. Alright, Sam. Good night.
(Well, that was anti-climactic. I thought they were going to have phone sex.)
Sarma: Good night.
(Does she think that he got off too soon?)

So this was the phone call. For a pair of a conman and his victim who knows, that was unnecessary and too cheery. Throughout Bad Vegan, Sarma maintains her victim narrative. When she speaks, it’s like she’s going to burst into tears any second.

Could she really have been deceived? Could she have been such hopelessly and madly in love that she couldn’t think of herself? Could it really have killed her as she finally came to terms with that?

Cue the phone call. After the phone call, yeah, that’s not right. The woman is full of bull&&&&. She really expects the audience to fall for this absurd ‘woe is me’ story. She didn’t bother coming up with believable lies. This is what most of the viewers were talking about.

When the audience didn’t take the story as it was intended, Sarma posted to her Instagram to say the ending was disturbingly misleading.

Bad Vegan director Chris Smith and executive producer Ryann Fraser also weighed in their opinions on the criticisms. They clarified that the phone call was not included to imply that Sarma and Anthony were still close. Since the call was dated 22 months after prison, it was included for Anthony’s ‘it was nice to hear your voice’ to show that they were not in touch.

Also, it was supposed to show Sarma in a confident and strong light how she made fun of the tales Anthony had spun, telling him that he had to show up on a unicorn for there to be any reconciliation.

All of them, however, fail to see how it’s not the communication the viewers are taking an issue with. Rather, it’s the casual and light manner Sarma adopted when she was talking to someone who essentially ruined her life by getting into her mind.