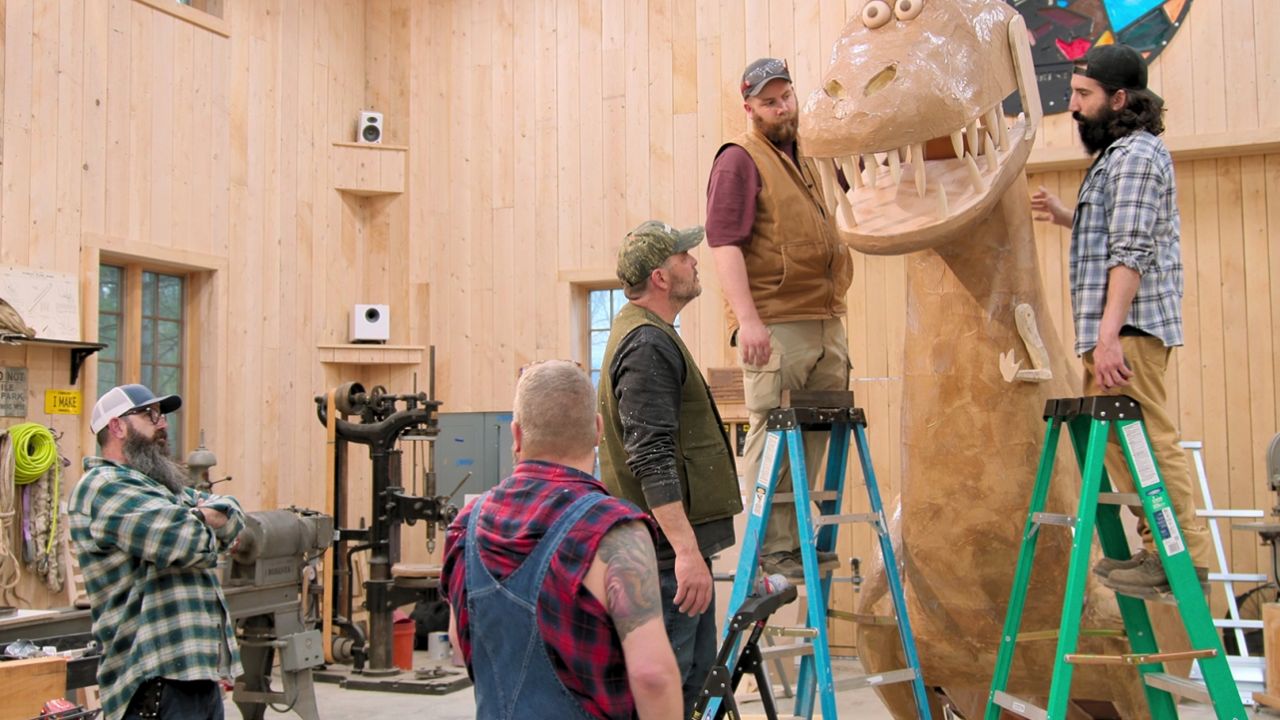 Do you think it is possible for Netflix, one of the biggest streaming services to run out of creativity? Because its latest show Making Fun could be a hint that they have and maybe that’s why they decided to borrow some creativeness from the kids as sort of a last resort thing.

Making Fun is a show where babies are the visionary and a group of talented adult cast members are those who execute their visions. In this case, visions are of outlandishly ridiculous ideas that, when brought to existence, are without the utility of any sort because, well, the ideas belong to babies and babies have never been known for being smart and practical, they are just loved and fawned at for being cute. Think of catapults that fling cat poop to a ‘dino-taco-toilet’ that barfs up Mexican cuisine.

The series premiered on the streamer on 4 March 2022 with all of its eight episodes in case you want to check it out. Or even if you don’t, it’s still there only.

Previously, we touched on the filming location and Aaron Mattia.

To put the fun in Making Fun, there are expert artists and creators who turn kids’ wacky ideas into nonsensical and pointless realities. It’s just like what one of them says ‘Some builds will be good, some builds will be bad, but all of them will be absolutely pointless.’

Those who have been taking baby’s wish as their command are a group of experienced and adept craftsmen and passionate creators turned Netflix cast members. It is the five of them who have been turning kids’ dreams into reality. They are Jimmy DiResta, Paul Jackman, Pat Lap, Graz Makes, and Derek Forestier.

The leader of the engineers who brought the children’s dream to fruition is Jimmy DiResta (@jimmydiresta). He has dedicated 30 years of his life to the craft of designing, creating, and building.

Jimmy catches everyone’s eyes with the use of vibrant colors in his work of art. He is the creator of a line of build-your-own products that are available from Walmart, in-store and online.

The New York-based designer was born on April 3, 1967. He has served as a set decorator on Trash to Cash. He has also co-hosted a show, which focused on his craftmanship, called Hammered with John & Jimmy DiResta. You can check out what he’s done on his Wikipedia page.

Paul Jackman (@jackman_works), as per his Insta bio is an artist and an aspiring Instagram model who is more known for his sense of humor in his social circle.

The Making fun cast is a genius at woodwork and engineering. He quit his office job after his wife joined the military to start Jackman Works to create.

Pat Lap, full name Patrick Lapierre, is a 42-year-old skilled woodworker who is the designer of cool stuff like a giant acoustic guitar boat and wooden sink.

He not only creates but he also makes funny and inspiring videos on his Instagram handle (@patlapofficial) of what he creates. He was born on 28 May.

John Graziano aka Graz Makes (@grazmakes) is a supremely talented artist who has not created any niche in his art. As per his Insta bio, he is Graz and he makes all sorts of things. Especially hand-crafted blades and knives which are his special forte. But other than that, he enjoys creating anything and everything. He was born on 24 July.

The Making Fun alum describes on his website that he is a maker and content creator working with a mix of materials, with a primary focus on knife making and metalwork. He has a shop located in Salem, Massachusetts, which he uses to learn about all types of materials.

Derek Forestier (@derekfrommalden) is a home decorator and craftsman. He has mentioned in his Insta bio that he has expertise in handmade signs, furniture, and original gifts.

The Making Fun Netflix cast member sells his products as well as creates customized products with customers’ ideas. All you have to do is DM. He was born on April 7.