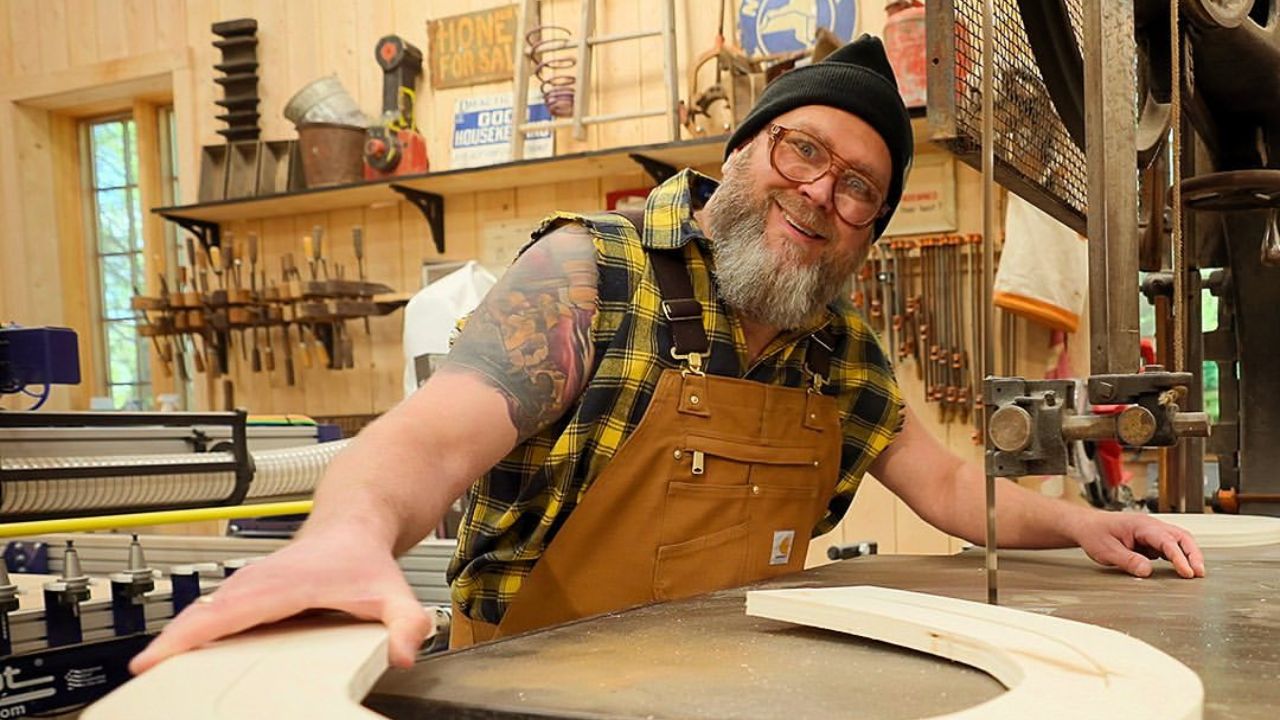 Patrick Lapierre, aka Canadian Pat and Pat Lap, is one of the cast members on Making Fun Netflix. Currently, 42 years of age, he is an expert in woodworks and does everything related to wood in the show. Fans are curious about Canadian Pat’s Instagram where they could follow him.

Everyone wanted to make something amusing, weird, and pointless when we were a kid but had no idea how to do so. Well, we might witness something similar to that. Making Fun is a new Netflix show made with the help of designer and video producer Jimmy DiResta.

It follows skilled artists and creatives as they transform children’s craziest and wildest ideas into reality. Some of our wildest fantasies are finally coming true, thanks to this engaging show.

Netflix has decided to channel children’s raw, creative, and wild energy into a new reality program to see what grownups can create with their wild imaginations. It’s a fun show that incorporates elements of design, building, engineering, and carpentry.

Each of the eight episodes, which run for just under 40 minutes, has something new and great to offer. The show premiered on March 4th.

Previously, we touched on Aaron Mattia and what happens to the builds.

Who is Canadian Pat from Making Fun Netflix?

Pat Lap, whose full name is Patrick Lapierre, is a 42-year-old woodworker who enjoys making and sharing funny and inspirational films on Instagram. He’s made some really remarkable items, and on the show, he even showed us a sneak peek of a big acoustic guitar boat he made. He is also known by the name Canadian Pat.

In the trailer, we can see some glimpse of the creative creation of DiResta and his crew — Jackman, the engineer, Derek, his best buddy, Graz, the poor joke teller, and Canadian Pat the Canadian, planning and putting together the dinosaur using almost all of the shop’s gear.

Pat, a Canadian, is particularly skilled with a lathe, for example. The structure is made of wood, the body is insulated, and the head is made of foam. The tacos are delivered from the dino’s mouth via a conveyor belt.

Canadian Pat is odd in a nice way. He is strange yet very Canadian at the same time. He not only creates, but he also makes amusing and motivating videos of what he does on his Instagram account (@patlapofficial).

On February 9, 2022, Patrick announced on his Instagram account with the caption, “Making Fun is coming to @netflix on March 4th!” adding a rockstar and sunglasses emoji in the end.

Furniture, wooden bowls, wine and beer holders, and other common items are among his designs.

Making Fun is very distinct as the show experts ask random children their crazy ideas and the team then decides whether or not to accept their request.

Someone might ask them to make a flying wooden plane without using any machines. Crazy, right? Well, they are children and they have the craziest ideas. The point is the show cast gets to choose their fortune.

Despite the fact that the series is not intended to be scripted, a high-performing show requires some consistency. That isn’t to say the show isn’t authentic. For example, they may shoot a few moments many times to guarantee that all technical parts of filming are completed perfectly.

Aside from the innovation, the humorous conversation between Jimmy and his friends is another feature that adds to the enjoyment of the show. Their interaction appears more natural as a result of their familiarity.

However, in order to keep things interesting, it might be possible the show creators had some scenes to create. The show creators might have helped them even though the cast is definitely an expert in their field.

It is not sure if the show is scripted but it definitely is fun to watch. Considering the fact that the show is eligible to watch for every age, Netflix’s new idea of producing shows like this might have a huge opportunity to have space in the coming days.