Does Thing Die in Wednesday? What Happens to Him at the End of the Netflix Show? 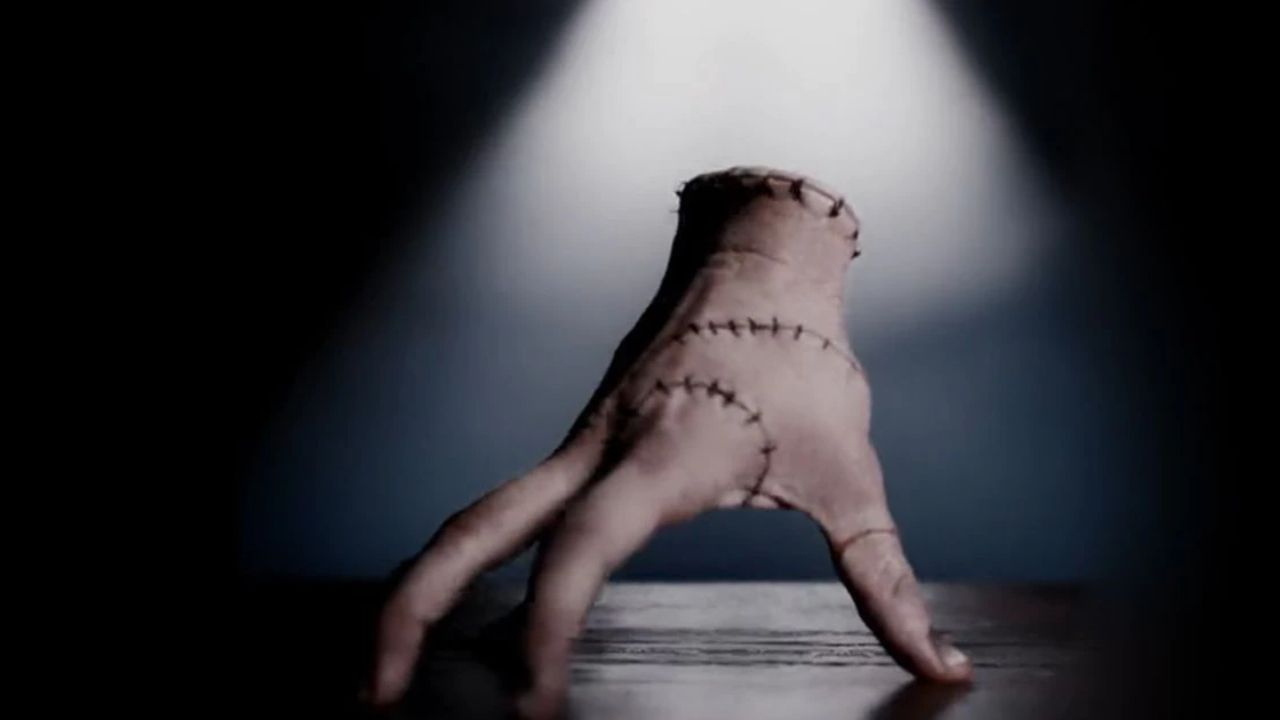 No, Thing does not die at the end of Netflix’s Wednesday. The unusual-looking partner of Wednesday survives even after getting stabbed into the wall in the seventh episode of the show. Follow to know more about Thing and the actor who plays the role.

Wednesday on Netflix follows the titular character as she enrolls in a particularly unusual school in the town of Jericho. Wednesday Addams‘ (Jenna Ortega) parents choose to enroll her in Nevermore Academy, the boarding school they attended, after sending her to eight different schools in five years. Wednesday first keeps her distance from the other students and acts distantly, but the longer she attends Nevermore, the more she blends in.

Life-threatening danger just kept coming her way after that. But while Wednesday clearly made mistakes on a number of occasions, it turns out that this macabre figure had a point about creatures, both natural and supernatural. In a way, it was her destiny.

If you’ve found your way to this article, it’s likely that you were also interested in learning more about Wednesday’s unusual sidekick Thing, an artificial hand that has an important part in the show. If you’ve seen the show you know how important Thing’s role was in the journey of Wednesday. Many viewers even wonder if he dies after what happened at the end of the show. Well, we’ve got you covered.

In case you’re interested, know about Ms. Thornhill and if Wednesday is a witch.

No, Thing Does Not Die in Wednesday: He Survives Even After He Was Stabbed Into the Wall!

When Thing is discovered stabbed to the wall in the seventh episode of the season, we all felt upset. Although it appears as though we were about to lose Thing, we are relieved to report that he survives what might have been a fatal attack. It’s incredible to consider how emotionally involved viewers become in a character in Wednesday who hardly ever says a word. Victor Dorobantu, on the other hand, is such a brilliant performer that it is simple to grow attached to Thing in a way that might not have been expected. Now let’s know more about the bizarre character as well as the actor who played the role.

Though some parts of the character are enhanced by CGI, Victor Dorobantu’s right hand plays the part of Thing in the Netflix series. Having established himself as a magician across central Europe, Dorobantu, a Romanian native, made his television debut on Wednesday.

It was crucial to creator Tim Burton, according to PopBuzz, citing a press release, that Thing was portrayed by a real person who would have to be present on set on Wednesday. In addition to spending three hours getting ready for each session, Dorobantu reportedly had to wear a blue body suit that the VFX teams could digitally erase from the finished product. For times when particular motions or positions were required, there was also a bag full of stand-in prosthetic hands cast in different positions.

Dorobantu expressed his joy over witnessing Wednesday and his right hand playing such a classic role during a statement at the Red-Carpet premiere. He remarked,

I can’t even describe [this feeling], I don’t even know [the words], trust me I’m like in a combination of emotions like of crying, of laughing, of anger – I don’t know, it’s everything at the same time.

Wednesday’s production designer Mark Scruton also explained to Gold Derby how the set had to be altered, necessitating artificial walls and even trap doors, in order for Dorobantu to position himself appropriately for several parts.

Will There Be Season 2 of Wednesday?

As of this writing, Netflix has not renewed the second season of Wednesday. Miles Millar and co-creator Alfred Gough mentioned in an interview that they have been discussing it. Gough mentioned,

Miles and I are talking amongst ourselves about it. There’s definitely more that you can explore in the world of the Addamses.

That raises the possibility that there might be a series for each member of the family, which is another path the program might go. Millar and Gough explained they didn’t want Wednesday to be perceived as a “reboot of the Addams Family” in a different interview with Vanity Fair. On the other hand, Jenna Ortega told NME that the future of the show is still uncertain. She remarked,

I have no idea if we’ll come back. It could continue but it could also end. I think that’s what’s kind of nice about the show – we have the option.

Before leaving, know the meaning of “Woe”.