Who Stabbed Thing in Wednesday? Does He Die? 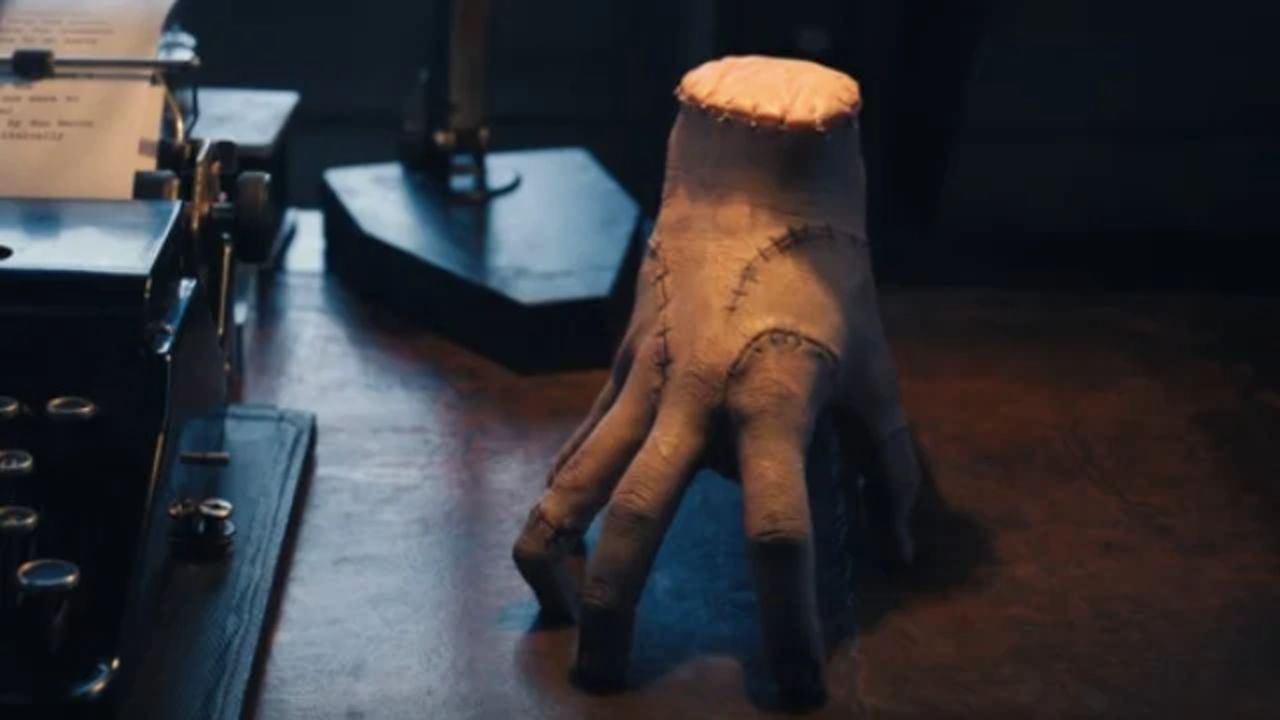 In Netflix’s Wednesday, Marilyn Thornhill aka Ms. Thornhill stabbed Thing. As Thing was given the responsibility of protecting Nathaniel Faulkner’s diary, Ms. Thornhill attacked him to steal the diary and prevent Wednesday from finding her truth. And yes, he does not die.

The Netflix original series Wednesday, which is based on characters created by artist Charles Addams, follows the titular Wednesday Addams (Jenna Ortega), who enrolls in Nevermore Academy after visiting eight other boarding schools in a five-year period. Her parents previously attended this boarding school. In this version of The Addams Family, humanity is separated into two subspecies: normies and outcasts.

This series brings us a story of murder, mystery, and mayhem that upheaved the lives of the people of Jericho. The Hyde Monster was causing havoc on the entire city when Wednesday arrived at Nevermore Academy. Many people were confused about the murders that were occurring, and the local authorities, as usual, believed that the outcasts were to blame.

Since Wednesday was gifted at solving riddles and mysteries, she decided to investigate the situation thoroughly and identify the attacker. Similarly, her close buddy, Thing, also gets stabbed in the back at the end of the show. The show initially does not show who stabs him but we know who did it as our team has already finished watching the first season. Well, here is everything we know.

Also, find out about Sirens.

Marilyn Thornhill Stabbed Thing in Wednesday: As Thing Was Left With Faulkner’s Diary, Ms. Thornhill Attacked Him to Steal the Diary; Does He Die?

Well, Marilyn Thornhill aka Ms. Thornhill stabbed Thing in Wednesday. We are relieved to say that Thing survived what would have been a fatal attack, even though it seemed as though we were about to lose him. It’s remarkable to think about how deeply invested Wednesday viewers are in a character who hardly ever speaks.

Thing first appears in Wednesday’s first episode of the show, when he is sent by Morticia and Gomez Addams to keep a watch on Wednesday Addams while she attends Nevermore Academy. He serves as Wednesday’s helpful companion throughout the series, helping her with her investigation into the ongoing killing spree, spying on suspects, delivering messages, and even helping to damage other teams in the Poe Cup boat race in Nevermore. Now, let’s discuss why Ms. Thornhill stabs him.

In the seventh episode, we saw that Wednesday finally made a fortunate discovery and understood the challenges she was facing. Unexpected visitor Uncle Fester informed Wednesday that the thing she was battling was known as a Hyde. Uncle Fester had once witnessed a friend named Olga Malakova transform into a Hyde, but he knew little else about the monster, leaving Wednesday alone once more. She had looked through every book in Nevermore Academy, but she had not come across any references to the creature.

She was questioned by Uncle Fester if she had read Nathaniel Faulkner‘s diaries. Nevermore was formed by Faulkner, who also traveled much. Because his diary was kept in a safe at the Nightshade library, Faulkner was well-versed in things regarding the outcast community. Wednesday obtained the diary from the safe when Thing opened it, allowing her to learn every last detail about the Hyde Monster.

When Marilyn Thornhill, aka Laurel Gates, entered her room, she was poring over Faulkner’s notes. Marilyn had a keen eye, and when she noticed that Wednesday was up to something, she grew suspicious. She detected the presence of another person within the room as she was leaving it. The following day, Wednesday saw Tyler and briefed him on all the details of Faulker’s journal and her ongoing investigation.

She had no idea Tyler was the Hyde Monster, and she had been suspicious of Xavier the entire time. Tyler would have undoubtedly informed Marilyn everything, and Marilyn would have understood that she needed to obtain Faulkner’s diary as well as use threats to prevent Wednesday from investigating. Marilyn wished to deliver a forceful message to her opponent.

In order to divert attention, Tyler invited Wednesday on a date. Marilyn made the decision to take advantage of her absence and left Thing in control of the diary. To keep Wednesday from learning more about her intentions, Marilyn stabbed him and stole the diary. Wednesday recognized there was a lot on the line after Uncle Fester was able to save Thing. Fortunately, he survives the attack.

Check Out Blurred Reality for more fascinating stories of your favorite stars.