Who Is the Hyde Monster in Wednesday? Is It Tyler Galpin? Or Xavier? 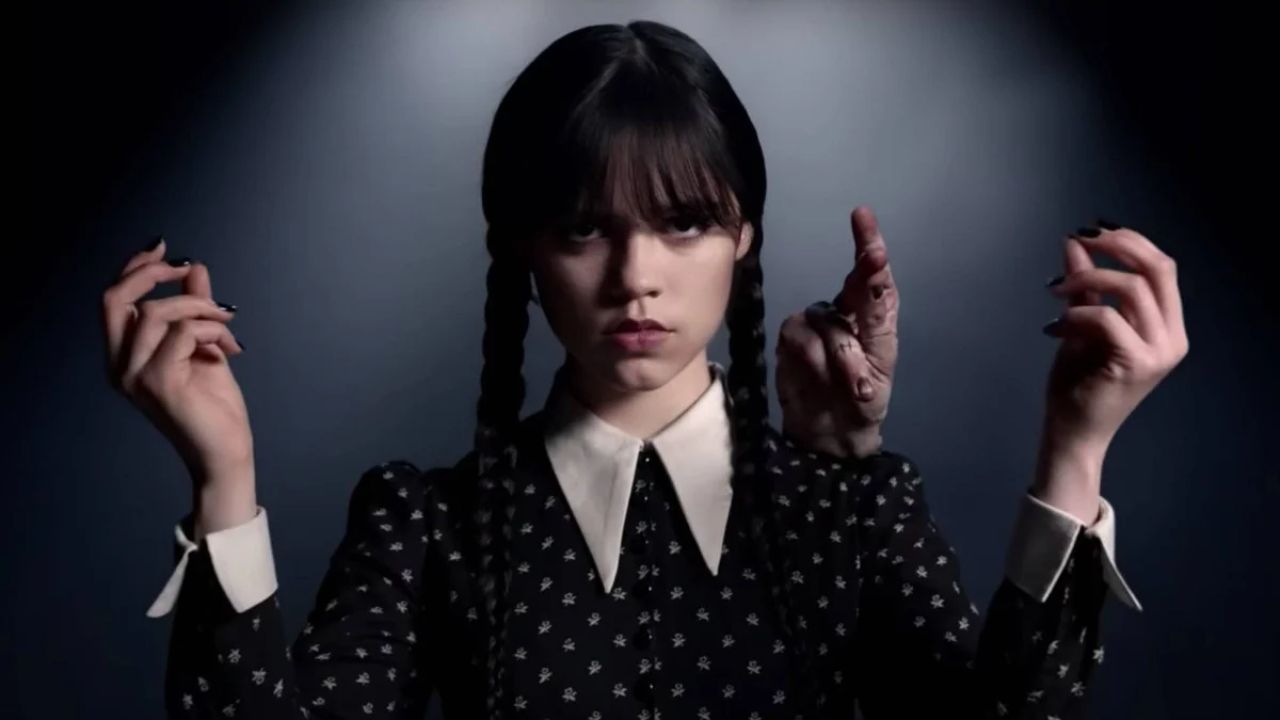 Tyler Galpin, the love interest of Wednesday Addams, is the hyde monster in Netflix’s Wednesday rather than Xavier. However, we learn that Tyler was being mind controlled by Marilyn Thornhill using a plant chemical, who was actually Laurel Gates in the last episode of the show.

Wednesday is a Netflix coming-of-age fantasy mystery series that is created by Tim Burton, Alfred Gough, and Miles Millar. It is based on the creations of Charles Addams, an American cartoonist. After failing to successfully enroll Wednesday Addams (Jenna Ortega) in a regular school, her parents decide to send her to Nevermore Academy, the boarding school they both attended when they were younger.

All of the students and most of the teachers at the unique school known as Nevermore are outcasts – individuals with unique talents that distinguish them apart from the general populace or “normal” people. Even among the outcasts, Wednesday manages to stand out, infuriating Nevermore’s principal Larissa Weems (Gwendoline Christie) with her behavior.

In addition to learning about a prophecy about her destroying the school, aspiring author Wednesday finds herself caught up in a murder mystery involving a wicked creature aka the Hyde monster. Since the story revolves around a mysterious creature killing individuals, many viewers have been curious to know who that monster is. Well, we’ve got you covered.

Also, find out if Hunter Doohan is married.

Tyler Galpin Is the Hyde Monster in Netflix’s Wednesday: Learn What Happens to Him After Wednesday Discovers His Identity!

Wednesday Addams suspects Xavier is the Hyde monster throughout the Netflix series until the unexpected reveal at the conclusion knocks her out. It is revealed at the end of the series that Tyler Galpin is actually Hyde, the monster who has been killing people left and right. Tyler is Wednesday’s love interest and the son of the local sheriff, who works as a barista.

Yes, Tyler has been adopting the form of Hyde, the mutant monster that has been mowing down citizens of Jericho for some time. He loses control of his faculties and has poor recall when he takes on the Hyde form.

He’s never really been on Wednesday’s radar because he’s usually the first to lend her a hand, which is the kind of gesture she hates the most, but she evolves an affection for him. This leads to their first kiss in the diner. But after the two kissed, Wednesday revealed Tyler’s identity after having a vision that proved he was the monster.

In an effort to get Tyler to confess to his identity and misdeeds, Wednesday would go on to confront and even torture him. Her friends, however, disagree and call the Sheriff, who rushes dashing to save his son and arrest her.

Later, Wednesday learns that Tyler was being mind controlled by Marilyn Thornhill using a plant chemical, who was actually Laurel Gates. The Gates family’s daughter, Laurel, was said to be the final member to pass away after the tragedy of the passing of their son Garret. The records claimed that she had drowned overseas, but it was later discovered that the reports had been insufficient and inconclusive. As a result, the characters concluded that Laurel had actually survived and had later returned to Jericho to exact her vengeance.

Wednesday is killed after Joseph Crackstone is brought back to life by Laurel, but she is soon revived by the spirit of Goody Adams. Then Wednesday goes on to defeat Crackstone, stopping Tyler from carrying out any more horrifying deeds as the Hyde monster.

Does Wednesday Addams Have Powers? Is She a Vampire?

We discover during the course of the series that Wednesday Addams lacks powers in comparison to her Nevermore classmates. She can shred on the cello, write a gripping mystery novel, and take down would-be bullies without breaking a sweat, possibly simultaneously for all we know. She is, however, typically gifted in all manner of ways, both mentally and physically.

One unique ability Wednesday does have is the capacity to see both the past and what she believes to be the future. However, as Wednesday discovers throughout the course of the series, these visions are frequently unreliable, and if she is to solve the mystery of the Hyde monster, she must learn to trust her instincts.

Additionally, No, Wednesday has its fair share of vampires and other bloodsuckers, but Wednesday herself is not one of them. Given her mentioned power and agility, you could be excused for believing otherwise, but that is not the case in this instance. Perhaps her unique physical prowess is due to her Addams family bloodline.

Before leaving, find out how old Wednesday is in 2022.