Is Hunter Doohan Married? Does Tyler From Wednesday Have a Wife or a Husband? Is He Gay? His Sexuality and Partner Revealed! 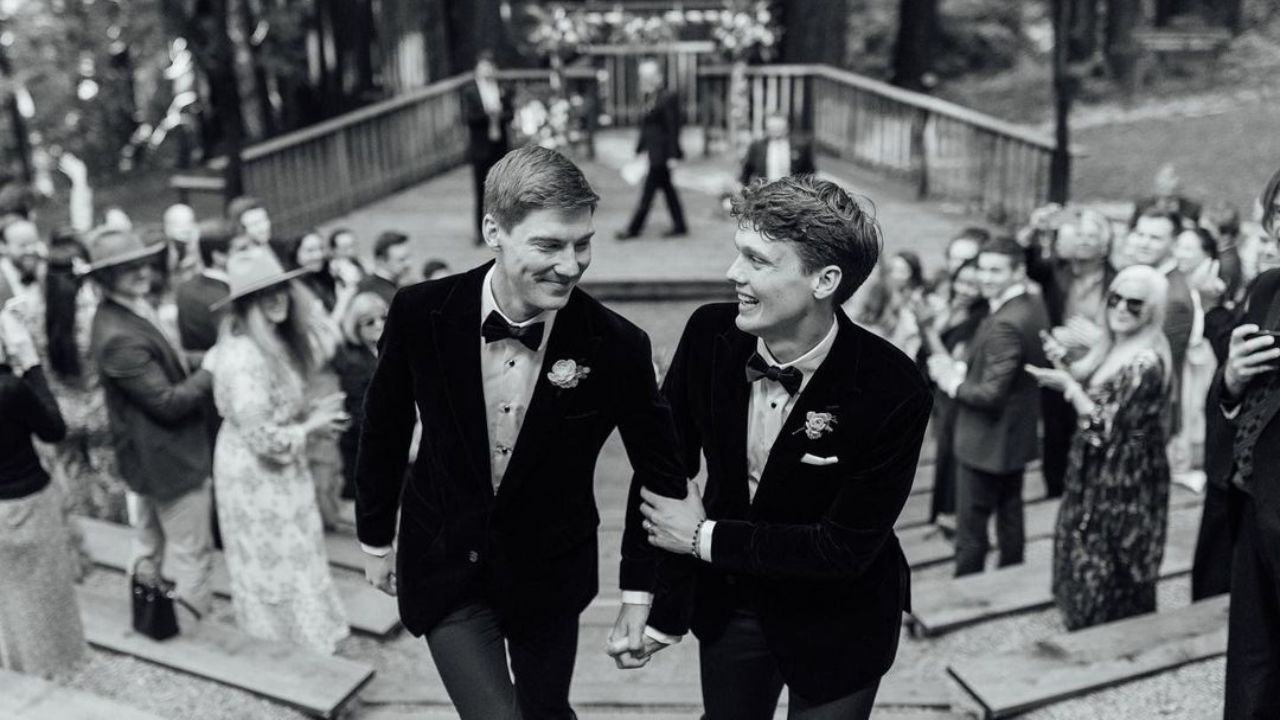 Hunter Doohan and his love life and relationship status have been the subject of public interest ever since the release of Wednesday on Netflix. Fans are curious to know if he’s single, dating, or married. The internet has been buzzing with discussions of the actor’s sexuality and his partner (is it husband or wife). As it turns out, Hunter Doohan, Tyler from Wednesday is gay and is married to his husband Fielder Jewett.

So, Netflix released Wednesday and since then, we got an Addams family member and her cryptic remarks to overanalyze and be obsessed with. Many of us who experience perpetual boredom can also relate to her more if we just give ourselves to a bit more murdery vibe. What better time to do things like these? Either way, we have got a new series to look forward to and new actors to simp over – Jenny Ortega and Hunter Doohan.

So, Wednesday herself may have grabbed our attention with her macabre vibes but Tyler from Wednesday has stolen our hearts with his sweet personality and the monster hidden underneath. And what else? The actor playing Tyler, Hunter Doohan has also occupied everyone’s minds and interests because of just how charming he is. Plus, his romantic interest in the Addams girl makes him so adorable and us envious of her.

The interest in the romantic life of the character extends to the actor Hunter Doohan as well. There has been a lot of buzz surrounding his private life ever since the release of Wednesday. Like curiosity about his sexuality (is he gay), his relationship status (is he married or single or dating someone), and his partner – is it his husband or wife he has a marriage with (if he’s married). Well, we have got all the information you want to know!

Additionally, know who Principal Weems is and the meaning of “Woe”.

Is Hunter Doohan Gay? Who is Tyler From Wednesday Married to? Who is His Partner? Does He Have a Wife or Husband? His Sexuality and His Marriage Status Revealed!

So, as far as Hunter Doohan‘s (@hunterdoohan) sexuality and relationship status (whether he is in the dating market or is in a marriage), he is gay and he is married happily, and his partner, his husband is called Fielder Jewett. He got married to him earlier this summer.

The Tyler actor shared the pictures from their marriage ceremony in an Instagram post. He commemorated their big day by sharing a series of sweet moments from across their wedding. He gushed about it in the caption which said,

Trying to sum up your wedding day in an Instagram caption is hard… It was absolutely the best day of our lives! Thank you to everyone who made it so special! ❤️

Hunter Doohan and his husband had been engaged for almost two years before they got married. The gay couple was set to marry what now seems like a long time ago, which they confirmed via a post on Instagram they put on New Year’s Eve in 2020. Doohan’s face simply glowed when he got on one knee as he asked the question. Since their I dos, they have been in a happy marriage.

They seem to have been married after a long relationship that started in 2018. The first photo of them as a couple was posted on Hunter Doohan’s Instagram in 2018.

Who is Hunter Doohan’s Husband? When Did The Couple Get Married? Why Did People Think He Has a Wife?

Hunter Doohan‘s husband, not wife, (many fans who didn’t know his sexuality thought he had a wife) Fielder Jewett also appears to have belonged to the entertainment world going by his IMDb where he has several producing and acting credits.

As per his IMDb, Hunter Doohan is married to a man who has worked in the world of film for over a decade on projects that have featured the likes of Elle Fanning and Margaret Qualley. He made his acting debut as Dreamer in the American short film Lost Pursuit. He acted in a number of short films and he was a big deal in 2020 because he played Adam Desiato in the Showtime miniseries Your Honor.

The husband is also an associate producer and has worked on the independent films Imperial Dreams, Bleeding Heart, and All the Wilderness. He also helped make the movies Rosy and The Vanishing of Sidney Hall. He also has a producing credit in the 2016 short film After You’ve Gone in which both of them have worked.

As per Jewett’s Linkedin, he appears to have stepped away from the film world in recent years and is now studying law.

Have a look at Blurred Reality for more interesting stories about your favorite celebrities around the world.