What Does Tully Do to Kate in Firefly Lane? Why Is Kate Mad at Tully? 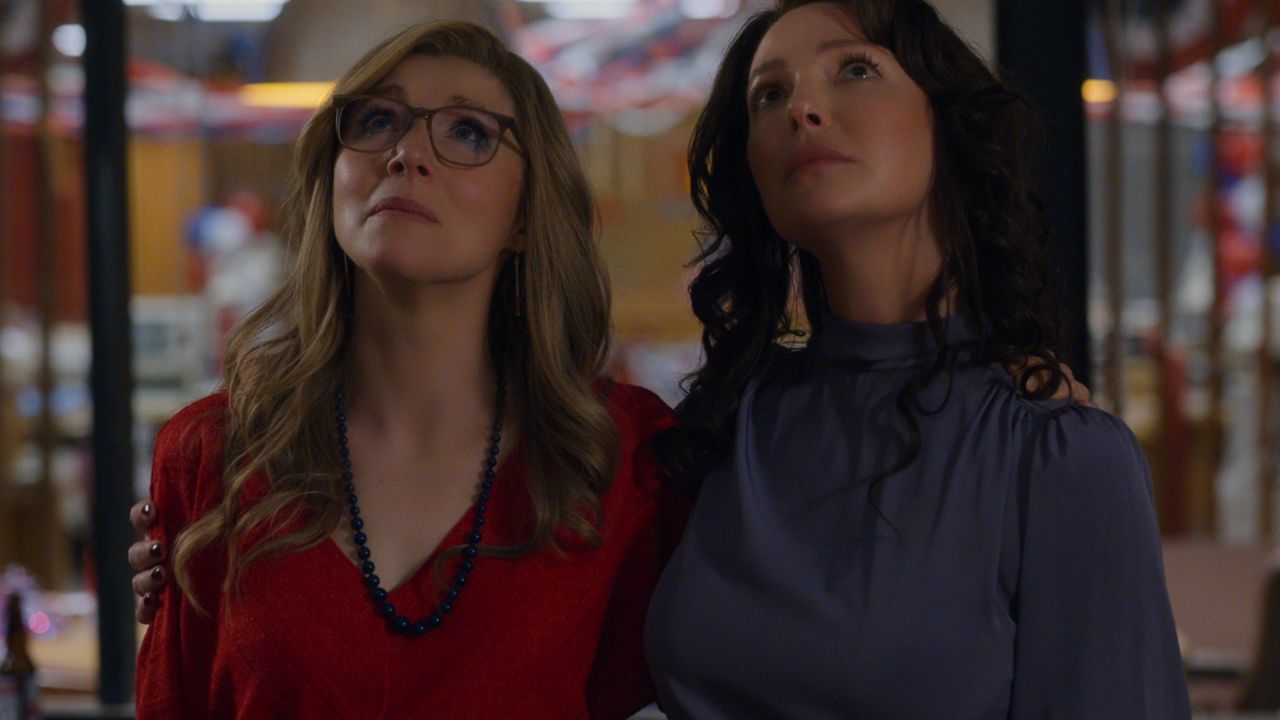 Kate is made at Tully in Netflix’s Firefly Lane as Tully does something that upsets Kate. Well, Tully allowed Marah, Kate’s teenage daughter, out while she was grounded and then drove while drunk with Marah in the car leading to an accident. Even though both of them weren’t injured, Kate is very upset as the accident could have killed both of them.

Firefly Lane is a Netflix TV series based on Kristin Hannah‘s novel of the same name. The show, which was created by Maggie Friedman, follows the lives of two childhood friends as they approach middle age. Hart and Tully are close friends who support one another in overcoming obstacles and going through life’s highs and lows together. However, their bond is strained from time to time, and their relationship changes as a result of these difficulties.

Talking about the challenges, the first season of the Netflix series finished on an incredible cliffhanger when Kate and Tully, who had been best friends their whole lives, had a stunning falling out. Fans of the series were impatiently awaiting the second season of the show to learn what sparked their fight because the cause was not made clear in the season 1 conclusion.

Season 2 of Firefly Lane has now arrived on Netflix, and it promised to clarify what Tully did to Kate to lead to the two of them having such a heated argument. So what do you think Tully does to Kate that she is so mad? Well, let’s find it out.

Firefly Lane: Kate Is Mad at Tully as Tully Allows Kate’s Daughter, Marah, to Go Out While She Was Supposed to Be Grounded and Goes to Pick Up Marah in the Car While She Was Drunk Leading to an Accident!

The closing scene of Firefly Lane‘s first season takes place on the day of Kate‘s father’s burial. She is ready to enter the church when she notices Tully waiting for her by the door. Tully wants to support and pay her respects to Bud, but Kate rejects her, criticizing her that “no one wants you here” and that she “could never forgive you for what you did.” The show doesn’t go into detail about what Tully did to anger her, but it’s obvious that she’s upset since she closes their talk by saying, “I don’t ever want to see you again.”

Season 2 of Firefly Lane reveals the crucial event that precipitated Kate and Tully’s dispute. In episode 7, Kate tries to get back in touch with Johnny, and Tully agrees to watch Marah, Kate’s teenage daughter, so they may have a romantic weekend to themselves. Tully decides to allow Marah to go out with her crush Ashley, thinking that they are going to the movies, despite the fact that Marah is meant to be grounded because she wants to be the cool godmother.

Later that night, however, a terrified Marah calls Tully to confess that Ashley had actually dragged her to a frat party so she could resume her relationship with her ex-boyfriend. After some time, Ashley left Marah there by herself when she started kissing a partygoer. When he tried to get too physical, Marah left and hid before calling Tully to come and get her.

Tully, who had a couple of glasses of wine since she assumed she would be up all night, rushed to Marah’s rescue right away. They were both taken to the hospital when their car was T-boned by another car that ran a red light on the way back to Tully’s apartment, but luckily neither of them suffered any major injuries.

Even though Tully wasn’t to blame for the accident, the fact that she allowed Marah out while she was grounded and then drove while drunk with Marah in the car made Kate mad and led to their iconic argument that resulted in their frigid confrontation in the season 1 finale. Later, Marah makes an attempt to revive their conversation by pressuring Tully into coming over by messaging her using Kate’s phone, but the meeting is disastrous and only serves to worsen the situation.

From what we’ve seen from Part 1 of Season 2 of the series, Kate and Tully haven’t talked in a year, following the car accident and following a dispute. Since then, both of the ex-friends have made an effort to move on. Kate has started attending creative writing classes, while Tully has returned to Firefly Lane to renovate her and Cloud‘s old house.

By the conclusion of the season, Tully is offered a magnificent position that would allow her to travel to Antarctica and film a documentary about climate change, and Kate is also given some shocking information.

Kate is notified that she has stage 3 inflammatory breast cancer in the last seconds of episode 9. Her longstanding closest friend Tully is the one she looks to for comfort as the news hits her like a hammer blow. Tully, however, has already left for Antarctica when Kate gets to her apartment, leaving her huddled on the floor as the credits start to roll.