Does Tully Hart Die on Firefly Lane? What Happens to Her After the Accident? 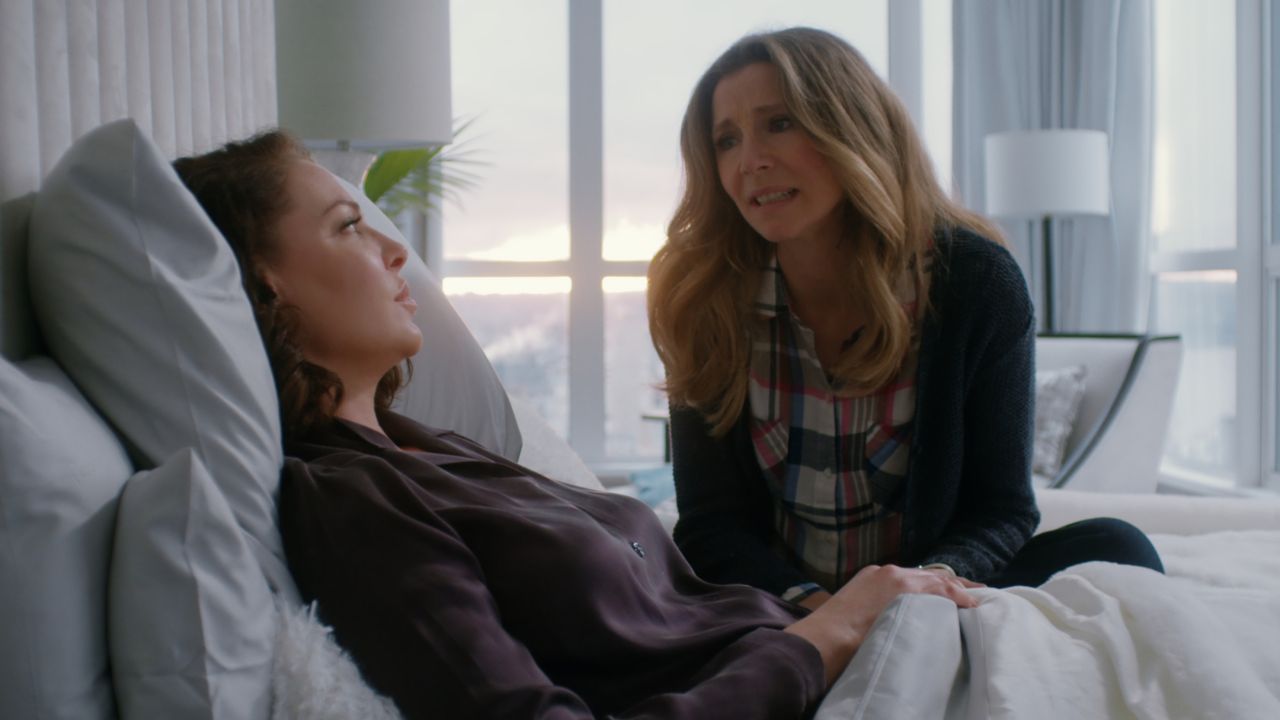 No, Tully Hart does not die in Netflix’s Firefly Lane. Even though she suffers from some facial and spine injuries, none of those injuries are fatal enough to take her life. However, she does have a dispute with Kate after the incident.

Firefly Lane is a dramatic television series on Netflix produced by Maggie Friedman that is based on Kristin Hannah‘s book of the same name. Tully Hart and Kate Mularkey, who were childhood best friends, are followed throughout the novel as they experience the highs and lows of life from the 1970s to the early 2000s. Tully and Kate attempt to make sense of relationships, profession, prior trauma, and other issues at various times. But some events alter their lives permanently and put their relationship to the test.

Season 2 of the show has finally arrived on the streaming platform. We are left wondering why Kate and Tully stop talking as Season 2, Part 1 begins immediately after the events of Season 1. But in Season 2, Part 1, we learn something even more surprised at the end. One of the most important aspects of Tully’s journey in season 2 part 1 is her accident.

Only fleeting glimpses of her facial injuries, the keychain with the beer pin, and a red car are seen. However, we are unsure of how or why it occurs. Most importantly, everyone is curious to know what happens to Tully next after her accident. Does she die? Let’s find it out.

No, Tully Hart Does Not Die Following an Accident in Firefly Lane: She Suffers From Significant Facial and Spinal Injuries but None of Them Are Fatal!

No, Tully Hart does not pass away in season 2 of Netflix’s Firefly Lane. According to The Cinemaholic, she is involved in a collision and has significant facial and spinal injuries, although none of them are fatal. She makes a full recovery over the following few months, and as the year goes on, her facial scars disappear. She is placed in a morally ambiguous situation as a result of the accident.

When Tully and Marah spend time together at their place, the latter asks Tully whether she may go to the movies with her friend Ashley. She lets Marah leave even though she’s been grounded by Kate, but warns her to be careful. Soon after, Marah, who is distraught and terrified, calls her. Marah reveals that Ashley wanted to meet her ex-boyfriend, so Ashley brought her to a frat party.

Marah was left alone with the boys after Ashley and he made up. Marah hid in a closet as one of them started touching and molesting her. As soon as she hears everything, Tully jumps to her feet, gets her car keys, and drives to the location to pick up Marah. Prior to the call, Tully had a few drinks, but she now understands that she is OK and is able to drive.

Marah is quickly rescued by Tully from the party, and the two are now returning home. She and Marah are hurt when a car collides with hers at high speed as she passes a green light. She later awakens in the hospital, and we are aware that she is still alive. Marah also experiences several wounds while she is still alive. It’s interesting to note that Tully has had several near-death experiences before the accident.

Before attending an event in her early days at KPOC, Tully visits a shop to get some snacks. As the man enters the store and raises his pistol to the cashier, she becomes aware of the situation. She informs Johnny, who is waiting outside, that she has her equipment ready, and the two decide to make this a news item. She describes everything that is happening in a microphone as someone attempts to call the police. Later, when the gunman becomes angry, Tully is unintentionally shot in the shoulder.

The crew takes Tully to a hospital while the cops quickly detain the suspect. She is still alive since the shoulder was the only part of her that was hurt. She has so been on the verge of passing away twice, yet she survives. The conclusion of Season 2, Part 1 shifts the year 2005 forward ten years, and she returns. By the end of season 2, part 1, all these events indicate that Tully does not die in Firefly Lane.

However, it isn’t the same in Kristin Hannah‘s book. Although there is a significant separation between the two, the cause of it diverges from the plot of the original book. In the book, Kate’s underlying jealousies toward Tully and her closeness with her daughter Marah are what lead to the downfall of their friendship. Marah begins to idolize Tully, while Marah and Kate’s relationship fails.