Wednesday: Meet the Principal Larissa Weems Cast/Actress, Gwendoline Christie; How Tall Is She? Does She Die in the Series? 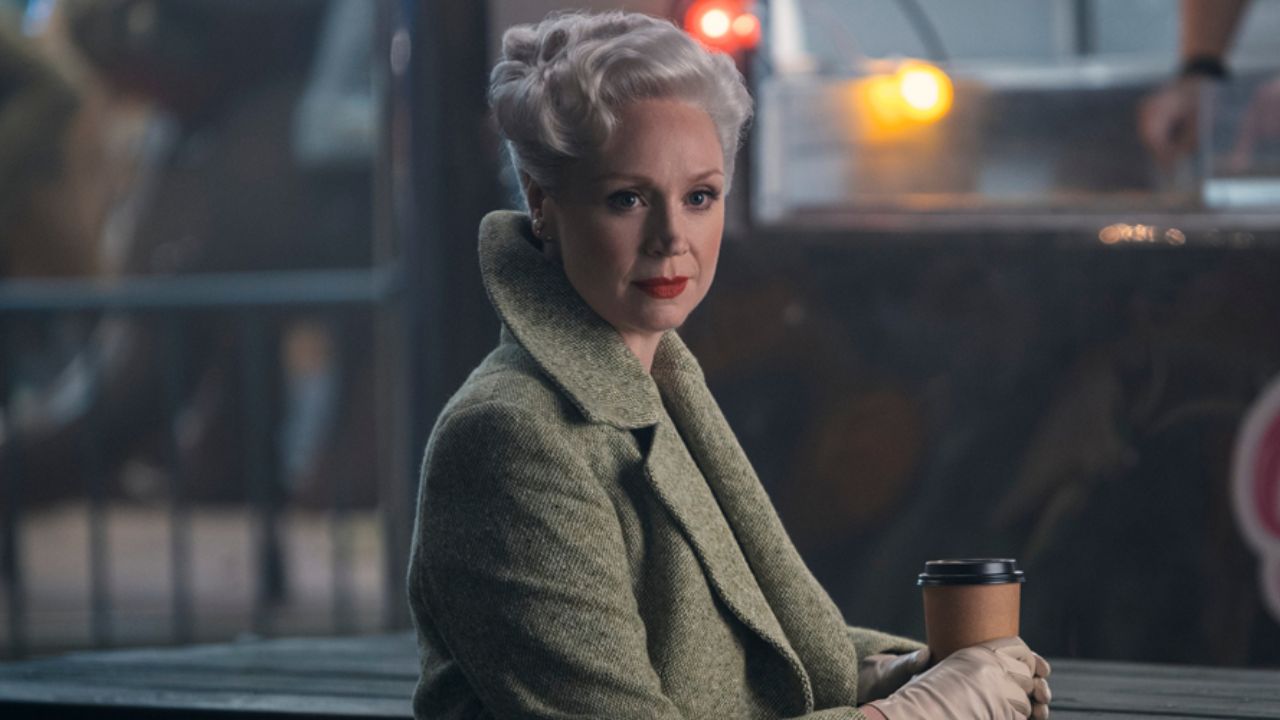 Actress Gwendoline Christie, renowned for her role in Game of Thrones, was cast in Netflix’s Wednesday to play the role of Principal Larissa Weems. Of course, everyone mostly knows her because of her height (6’3”). Additionally, her character in the series dies while battling Marilyn/Laurel in the season finale.

Wednesday on Netflix, Tim Burton’s take on the Addams Family, follows a teen Wednesday Addams (Jenna Ortega) as she enters Nevermore Academy, a school for teens with supernatural skills and other societal outcasts. While attempting to unravel a long-standing mystery that started back when her parents were students at the academy, Wednesday learns how to manage the pitfalls of high school. She discovers that, despite her best efforts, it might not be simple to get away from the legacy of her family’s history.

The cast of Wednesday is a mix of veteran performers taking on larger-than-life, beloved, and, to be honest, iconic parts, young actors landing their big break, and emerging stars playing her Nevermore classmates. The cast of Wednesday is what makes the story of the young storm cloud so engrossing; they effortlessly transport you into a setting that is both familiar and strange.

One of the important characters of the show is Nevermore’s principal, Larissa Weems. Weems is a former classmate of Morticia‘s, and the two of them had a friendly rivalry when they were classmates. Similarly, some viewers of the show have been curious to know about the cast who plays the role of the Principal in the series as they believe they’re familiar with that face. Well, we’ve to you covered.

Also, find out about Sirens, the meaning of “Woe”, and if Hunter Doohan is married.

6’3’’ Actress, Gwendoline Christie, Was Cast to Play the Role of Principal Larissa Seems in Wednesday: Know How Her Character Dies in the Netflix Series!

Yes, you’re absolutely correct if you believe you’re familiar with Principal Larissa Weems. Actress Gwendoline Christie (@gwendolineuniverse) was cast of plays the principal of Nevermore Academy. Christie is mostly renowned for portraying Brienne of Tarth in the HBO fantasy-drama series Game of Thrones. Furthermore, she is also known for her roles in the Star Wars Sequel Trilogy, Severance, and most recently Netflix’s The Sandman.

Anybody who sees Gwendoline Christie or any of her characters can easily remember because of her height as she is 6′ 3” tall. Yes, you read it right. She is also known for her huge body size in addition to her acting skills. Obviously, it is unusual for women to be that tall. Hence, most of us initially remember her because of her height. Now let’s talk about her character in Wednesday.

Principal Weems has shape-shifting power. She takes the identity of the boy and tries to convince the people of Jericho that Rowan left town after Rowan‘s passing in an effort to maintain harmony between the normies and the outcasts. Weems appears as Tyler in the series finale and misleads Marilyn/Laurel into confessing. In a fit of wrath, Laurel uses a poisoned needle to stab Weems to death.

Meanwhile, Weems actress, Gwendoline, is still shocked by her character’s death. She explained,

I feel like Weems would never be defeated by something as commonplace as death. So really what I was playing in that moment was that Weems was confounded by the situation.

Even though Wednesday didn’t always view Christie as a guardian, Christie is interested in how her passing may affect Wednesday. She further described,

It was quite moving because by that stage, Jenna and I had built up such a bond, and in a way I didn’t want to leave her.

Netflix’s Wednesday introduces a whole range of new characters by focusing on one family member and moving the action away from the mansion. Stars like Gwendoline Christie from Game of Thrones and The Sandman and former Wednesday Addams actress Christina Ricci play brand-new characters. According to Christie, it was that new character aspect that gave her some hesitation which she told in an interview with Digital Spy. While she remarked that she used to love the show when she was a kid, she also explained,

And so, you know, there was a bit of trepidation there, because it’s important to me that the character worked within the world.

She was happy with the role she was approached for. The idea of a woman who is entirely self-created captivated her and she decided to play the role. She further added,

So that felt exciting to me. It’s also the type of part that I would never be cast as. And as an actor, I love to transform, and I love to play totally different kinds of roles. So it was just a real thrill.

Before leaving, know where you can purchase Wednesday Addams’ shoes from.