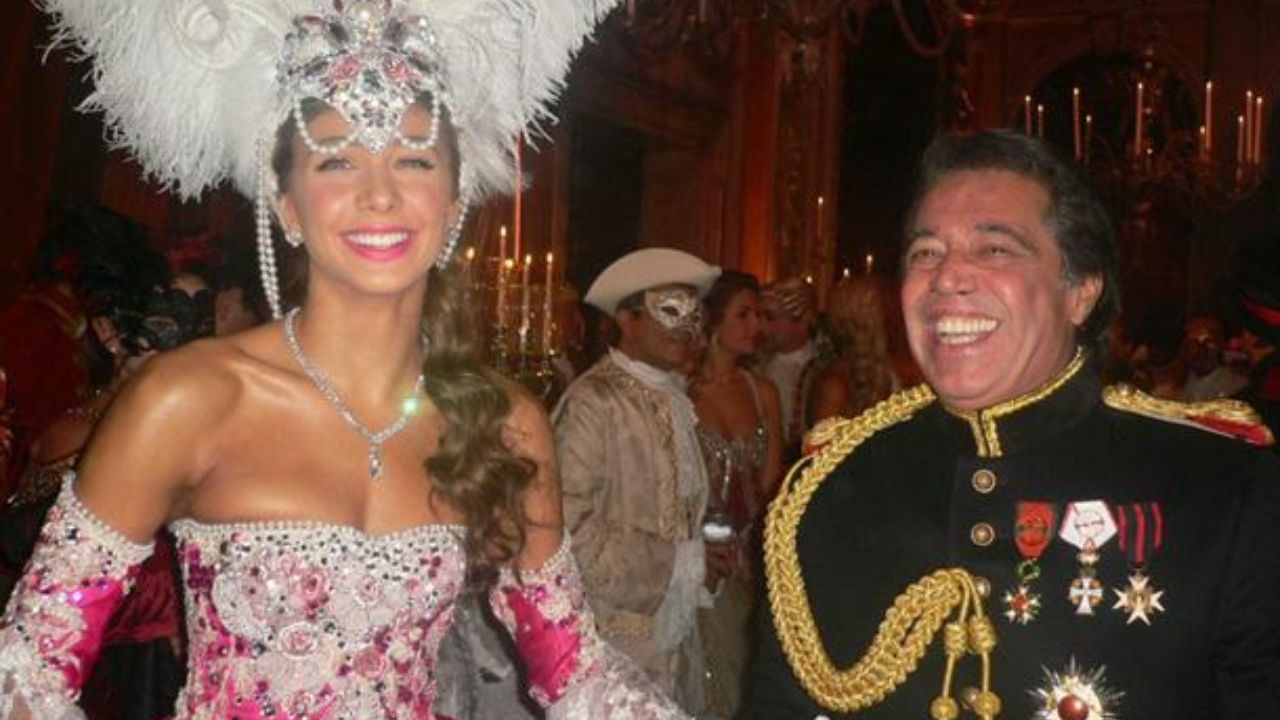 Walid Juffali/Walid Ahmed Juffali, the late husband of Loujain Adada, had an estimated net worth of $4 billion at the time of his death. The Saudi Billionaire and the Dubai Bling cast got married in 2012. The couple hosted their lavish wedding in Venice. However, he died in 2016 at the age of 61 battling cancer.

Dubai Bling, a Netflix reality series, follows a group of self-made millionaires as they go about their daily lives in Dubai. The series depicts the group navigating a high-profile social life while catering to their personal and professional duties, with lavish parties, expensive cars, and unfathomable luxury. The real-life glimpse into the lives of the wealthy and famous allows us to experience what it’s like to be a millionaire for a day.

Loujain Adada, a native of Lebanon and former supermodel, made an appearance on the show as a pleased mother of two who seemed eager to enter the dating scene once more. She claimed that she had married when she was 21 even though her husband, Walid Juffali/Walid Ahmed Juffali, had passed away a few years earlier.

Walid Juffali, one of the most well-known and significant Saudi businessmen to date, was renowned for his vast business empire. Nevertheless, he made an effort to give back to society throughout his career and was known for his giving and sympathetic character. If you wish to know about him, including his net worth at the time of his death, you’ve come to the right place. Let’s get started.

Previously, we touched on Brianna Ramirez.

Walid Juffali/Walid Ahmed Juffali: The Husband of Loujain Adada Had a Net Worth of Around $4 Billion at the Time of His Death; Details on His Wedding With the Dubai Bling Cast!

Walid Ahmed Juffali, mostly known as Walid Juffali, was a native of Saudi Arabia who was born on April 30, 1995. His father, Ahmed Abdullah Juffali, was in charge of founding E. A. Juffali and Brothers, one of the largest businesses in Saudi Arabia. He spent the majority of his formative years in Saudi Arabia and Switzerland, although he graduated from the University of San Diego with a bachelor’s degree in international business and political science.

Walid later earned a Ph.D. in Neurosciences from Imperial College London before founding The Brain Forum, a group devoted only to studying the brain and its theories. According to reports, Walid began his professional career before most people his age because, soon after receiving his bachelor’s degree, he was in charge of developing Siemens Saudi Arabia and Nabors Industries.

Throughout his career, Walid Juffali held a number of high-profile positions, including Chairman of Dow Chemical Arabia and E. A. Juffali and Brothers, both of which he took on in 2005. In the same year, he was elected to lead Siemens Arabia’s board of directors, given board member status at Nabors Industries, and elected to lead the Samba Financial Group SJSC (then known as the Saudi Financial Bank).

In addition, Walid Juffali founded two businesses, NeuroPro and W Investments, the latter of which operated as a wealth management company, and held the position of Chairman of the Jeddah Chamber of Commerce and Industry. The fact that Walid hosted the Middle East Broadcasting Corporation tv show, The Investor, in 2006 might be interesting to readers.

Despite having a very successful career as a businessman, manufacturer, and philanthropist, the divorce settlements from his first two wives had a significant negative impact on his net worth. Basma Al-Sulaiman, Walid’s first wife, received a settlement payment of 40 million pounds, while Christina Estrada, the focus of a protracted divorce proceeding, was granted 95 million pounds by the court.

Walid Juffali married Loujain Adada (@loujainaj), a supermodel from Lebanon, as his third wife in November 2012. The couple hosted their wedding in Venice. She and Walid enjoyed a contented marriage and had two daughters. However, the business tycoon passed away unexpectedly at the age of 61 in 2016 not long after the birth of their second child, concluding a protracted fight with cancer.

At the time of his death, the businessman’s net worth was estimated to be slightly north of $9 billion, but two years later, conflicting estimates decreased the figure to around $4.5 billion. However, it’s safe to estimate that Walid’s total net worth in 2016 was somewhere in the range of $4 billion given his vast corporate empire, the organizations he owns, and his numerous commercial ventures.

Following the businessman’s instructions, Walid Juffali’s estate sold most of his belongings at auction and distributed the cash to his three wives and five daughters. Loujain reportedly earned $1.1 million from her late husband’s estate as a result, greatly boosting her overall net worth. But after Walid passed away, she decided not to continue her career and instead concentrated on being a hands-on mother to their girls.