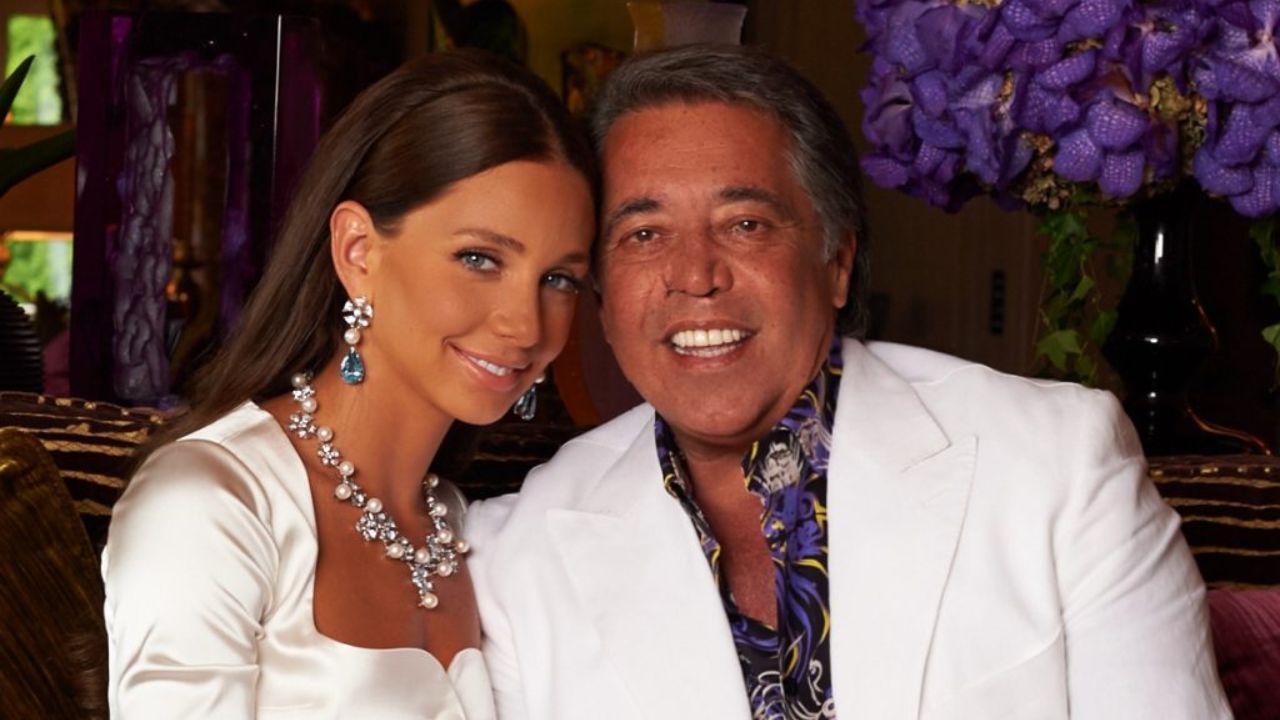 Walid Juffali and Loujain Adada/LJ got married on November 2012 when the billionaire was 57 and the model was 22. They hosted their wedding in Venice and reportedly spent more than $10 million. The couple even gave birth to two kids/daughters. However, the Saudi Arabian businessman died in 2016 at the age of 61 battling cancer. Reports suggest that he had a net worth of $4 billion at the time of death. As shown in Netflix’s Dubai Bling, Adada is now seeking love and is ready to find a partner again.

If you haven’t heard, Dubai Bling is a brand-new Netflix series that you should watch if you’re a fan of a reality show. A group of friends who belong to the affluent and glamorous elite of the city is featured in the show. Like most reality TV friend groups, the cast experiences its fair share of internal drama, which leads to outrageously shady remarks, awkward group outings, and occasionally even violent altercations.

But all of this drama involves the men and women of Dubai Bling, who are covered in designer labels and priceless gems, just like the ladies of The Real Housewives of Beverly Hills and the entertaining cast of Bling Empire.

Loujain Adada/LJ, a native of Lebanon and former supermodel, made an appearance on the show as a joyful mother of two who was eager to enter the dating scene again. She mentioned her marriage at the age of 21, even though her husband, Walid Juffali, passed away a few years later when speaking about her past. As a result, many people have been wanting to know about their relationship, wedding, and who actually Walid is. Well, let’s get started.

Previously, we touched on Kris Fade.

Walid Juffali and Loujain Adada/LJ’s Wedding: The Couple Gave Birth to Two Kids/Daughters Before the Saudi Arabian Billionaire Passed Away; What Was His Net Worth at the Time of His Death?

Loujain Adada (@loujainaj), also known as LJ, was raised in Lebanon but was born in California. The reality TV actress started off as a model and made her mark in the entertainment business at the age of 21. But after falling in love and getting married to a wealthy Saudi businessman, Walid Juffali, she made the decision to give up her profession.

Walid was well-known in the Arab business community for leading E.A. Juffali and Brothers as its chairman. He inherited the business, one of the biggest private businesses in Saudi Arabia, from his deceased father. The entrepreneur was also the Chairman of W Investments, a Zurich, Switzerland-based investment company. He was 57 years old when Walid and Loujain got married in November 2012, and many people were taken aback by the huge age difference.

The bride compared the wedding to a fairytale and said she felt like a princess. Walid was already officially married to his second wife, Christina Estrada, at the time of his marriage to Loujain, so this was by no means his first wedding.

According to Saudi law, which permits polygamy and simultaneous marriage to four women, it was legal. Soon after, Walid Juffali divorced Estrada in accordance with an Islamic custom that allows males to do so by only repeating the word “talaq” three times. Although it is legal in Saudi Arabia, the word’s English translation, divorce, is regarded as problematic when used to separate from one’s wife. Estrada, who had been divorced secretly, was compelled to file a lawsuit and won £75 million (about $87 million) as a result.

Walid and Loujain had their two kids/daughters, Talia and Lana, while they were still together. Unfortunately, he passed away while battling cancer in July 2016, just a few months after Lana was born at the age of 61. Walid left his wealth and inheritance to various causes and charities after passing away. He set aside a sizeable sum to be divided among his three wives and five daughters.

The businesses owned by E. A. Juffali and Brothers were all valued at several million dollars, but NeuroPro and W Investments were regarded as multi-million dollar businesses. According to rumors, Walid’s wealth was so significant that he had no issues paying his second wife a massive amount of money as part of their divorce settlement.

The businessman’s estimated net worth at the time of his passing was just over $9 billion, but two years later, new estimates brought that figure down to roughly $4.5 billion. However, based on Walid’s vast business empire, the companies he owned, and his numerous business ventures, it is safe to conclude that his overall net worth was around $4 billion in 2016.