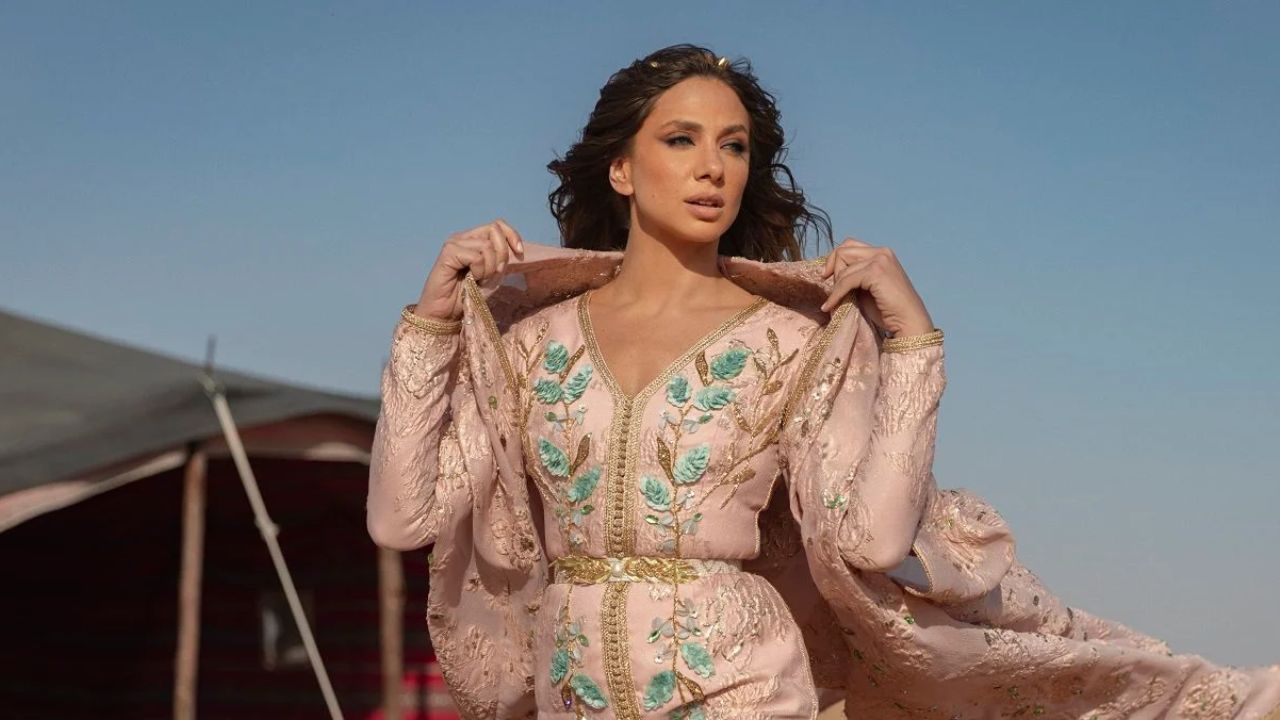 Loujain Adada aka LJ, one of the cast members of Netflix’s Dubai Bling, was born in California, United States, in 1989. Later, the 33-year-old’s family moved back to Lebanon where she spent most of her early years. According to some reports, her net worth is estimated to be $4 million. Similarly, she was previously married to a millionaire Saudi businessman, Walid Juffali. However, he passed away due to cancer right after their second child was born. Follow to know more about the mother of two with her complete Wikipedia.

It’s about time for a new Arab reality TV show, and this one is bringing all the bling, glamour, and glam back home. Today marks the premiere of the newest Netflix original series, Dubai Bling, which follows the daily rich (and maybe dramatic) lives of ten Arab millionaires.

The new reality show follows a group of self-made millionaires in The City of Gold as they negotiate high-profile social lives while juggling personal and business obligations. By revealing what precisely happens behind the scenes at elaborate parties, opulent events, and multimillion-dollar business deals, the show offers a true view into the lives of the wealthy and famous. Along with a hearty portion of friendship, the show also features intense conflict and romance.

Drama is unavoidable when there are so many powerful personalities on one screen. One of the cast members, Loujain Adada aka LJ, is teased by Netflix for being outspoken, assertive, and not shy to express her opinions. Similarly, many of the viewers have been wanting to know more about her. Well, let’s get started.

Previously, we touched on Fahad Siddiqui and Ebraheem Al Samadi.

Loujain Adada aka LJ’s Wikipedia: The Dubai Bling Cast, 33, Has an Estimated Net Worth of $4 Million; Who Was Her Husband?

Although Loujain Adada (@loujainaj), was born in California, United States, in 1989, however, her family quickly relocated back to Lebanon, where she spent most of her early years. Despite the fact that she reportedly finished her education in Beirut, the 33-year-old appears to have grown up loving fashion and modeling.

At the age of 14, the Dubai Bling cast was given the chance to pose for an advertisement in a magazine thanks to the support and encouragement of her parents. She fell in love with the business after her modeling job, and when she saw that she could follow her passion while also earning a good living, she was inspired to become a successful model.

The Californian native started off modeling for magazine advertising and modest businesses, but as her reputation grew, she soon became a force to be reckoned with. Loujain’s achievement was also noticed by the entertainment sector, and at the age of 21, she was given the opportunity to host the music show, Energy Spin Magazine, on MTV Lebanon.

But only a few months later, the model got married to Walid Juffali, a millionaire Saudi businessman, and made the decision to give up modeling in favor of her family. Despite the fact that Loujain Adada and Walid were significantly older than each other and that their relationship was frowned upon, Loujain stuck with her husband and even had two children with him.

Months after the couple welcomed their second child into the world, however, Walid passed suddenly from cancer in 2016 and requested that his possessions be sold at auction with the money going to his three previous wives and five kids. Loujain preferred to avoid her work life in the years after Walid’s death and instead concentrated on becoming the ideal mother for her children.

However, the mother of two was forced to accept the offer when Netflix approached her with the chance to feature on Dubai Bling. Loujain Adada greatly benefited from the TV appearance because Loujain now has a sizable social media fan base. Loujain also seems prepared to resume her modeling career, aside from signing a few brand deals on social media.

Talking about Loujain Adada’S net worth, a fashion model may expect to make between $15,000 and $30,000 in Lebanon. However, given Loujain’s popularity and expertise, we can confidently conclude that her earnings during her modeling career were at the top of the range. Furthermore, Loujain would have made roughly $35,000 per year throughout her years in the entertainment industry as a highly sought-after TV host.

She collected about $1.1 million following the auction, although it appears that the majority of her financial worth comes from her inheritance from Walid Juffali’s estate. We estimate Loujain Adada’s current net worth to be around $4 million based on her career trajectory and her earnings from Netflix’s Dubai Bling.