Jawahir Khalifa From Too Hot to Handle Season 4: Ethnicity, Instagram, Age & Birthday of the Model! 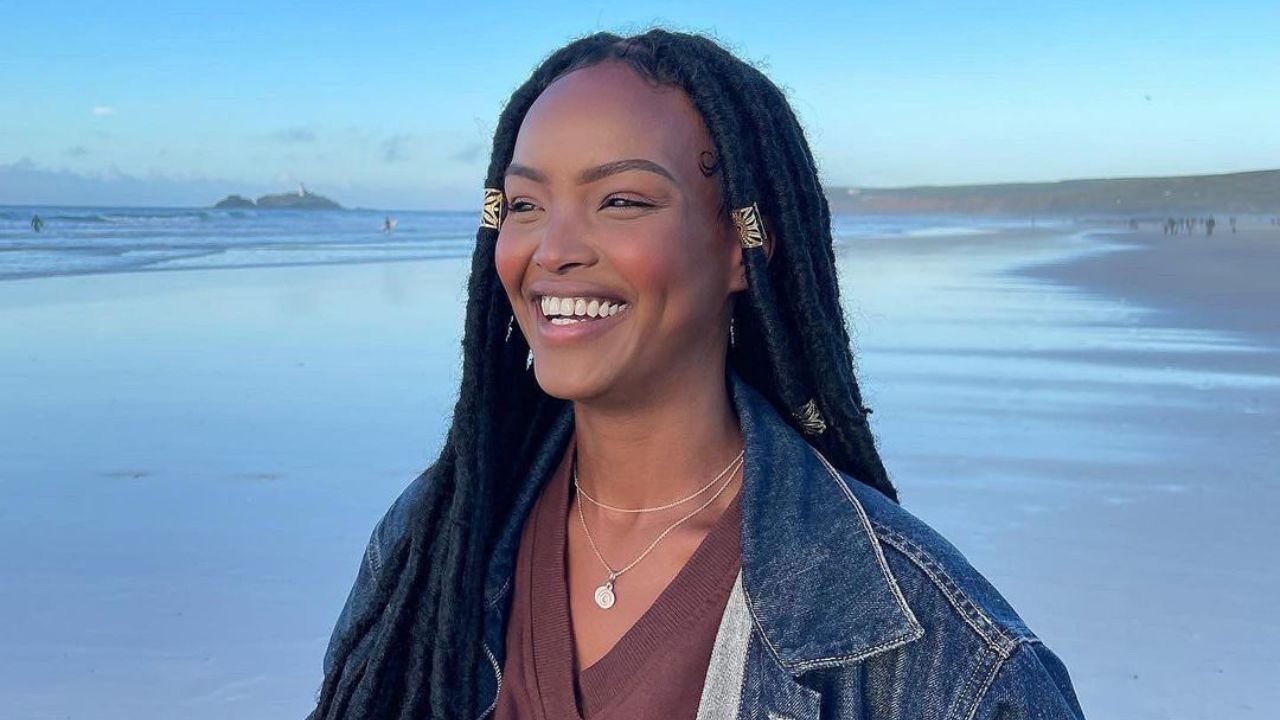 Jawahir Khalifa, one of the cast members of Netflix’s Too Hot to Handle Season 4, was born in 2000, in a Muslim household in Somalia. Likewise, the 22-year-old model celebrates her birthday on August 17 every year. Despite being of Somali ethnicity, she currently lives in Amsterdam, Netherlands. Follow to know more about Jawahir with her Instagram handle.

With the intention of creating genuine ties between the competitors, Charlie Bennett and Laura Gibson created the Netflix dating reality series, Too Hot to Handle. Lana, the show’s virtual presenter, encourages the group of single and hot people is encouraged to fall in love without engaging in something sexual. They get a big financial award At the start of each season that is reduced by a certain amount for each violation.

With the cast members having no idea what they were getting themselves into, Season 4 became even wackier. Netflix startled celebrities by posing as the dating show Wild Love, a fake dating show. With $200,000 on the line, the cast members try their best to resist temptation and keep their hands to themselves.

One of the beautiful singles featured in Season 4 is the melanin beauty, Jawahir Khalifa. Fans are curious to learn more about her personal life because of her stunning appearance and charismatic attitude. Well, here is everything we know about Jawahir.

Previous;y, we touched on Sophie Stonehouse.

Jawahir Khalifa (@jawahirkhalifa) was born in 2000, in a Muslim household in Somalia. The 22-year-old beauty celebrates her birthday on August 17 every year. Jawa and her parents traveled to the Netherlands in 2008 when Jawa was just 8 years old. Her whole formative years were spent in Holland.

Despite being of Somali ethnicity, Jawahir Khalifa moved to Holland, Netherlands. When sharing details of her private life on social media, the Too Hot to Handle cast model keeps them highly private. When it comes to skill, charisma, and amazing appearance, she undoubtedly checks all the boxes. However, we do know that the reality TV star reportedly has a brother named Omar.

Jawahir graduated from Koning Willem I College with a degree in international business studies in 2020. She attended ROC Midden Nederland from 2016 to 2019 before her enrollment in Koning. She has a propensity for seeing new places and has crossed off a number of them on her bucket list, including Kenya, Bali, the UK, and the US. She is currently a resident of Amsterdam, Netherlands.

Jawahir came across some news regarding “Hollands Next Top Model” auditions. She filled out the application, included a photo, and submitted it. Khalifa felt uneasy about her decision because thousands of other people made the same. Fortunately, she received a call from the studio for a screening/interview, which went well and led to the show’s producers choosing her.

Jawahir was surprised to be accepted into the modelling show since she hadn’t taken the application seriously because she didn’t think she would be selected. She participated in season 12 and finished 9th when she was eliminated. She rose to fame on television after the show later aired that year. As soon as people began to know her, she received several offers to model.

For the past several years, she has traveled extensively for modeling projects, and her career is exploding. She has collaborated with big labels throughout the years, including Noé, Rainkiss, El Taller del Brujo, Hunkemöller, and others. Jawahir describes herself as both a PR manager and an actress. Interestingly, the model is equally as influential on Instagram, where she now has over 26k followers. In addition, Jawahir has a YouTube channel dedicated to the issues faced by children from third-cultural backgrounds where she discusses music and third culture.

Jawa returned to television in 2022 with the fourth edition of Too Hot To Handle, which premiered on Netflix on December 7. Fans of Jawahir Khalifa may be surprised to learn that despite her amazing appearance and slender body, Jawahir has only ever been in one relationship. She tried her luck at finding true love on the Netflix show.

She was first attracted to Sebastian “Seb” Melrose, and the two of them even had a romantic kiss in the pool. When it didn’t work out, our favorite model instead focused on Nick Kici from Michigan. They then became one of the most popular couples, and they even shared a kiss, breaking the no-kissing rule.

Despite having their share of ups and downs, Nick and Jawahir seemed to have overcome the challenging times in their relationship. However, following the completion of the filming, neither Jawahir nor Nick made any public statements about the nature of their relationship. While Jawahir follows Nick on social media, he continues to have 0 followers. Fans should expect to see more of the two in the future, but for now, it seems Jawahir and Nick are at the very least close friends.