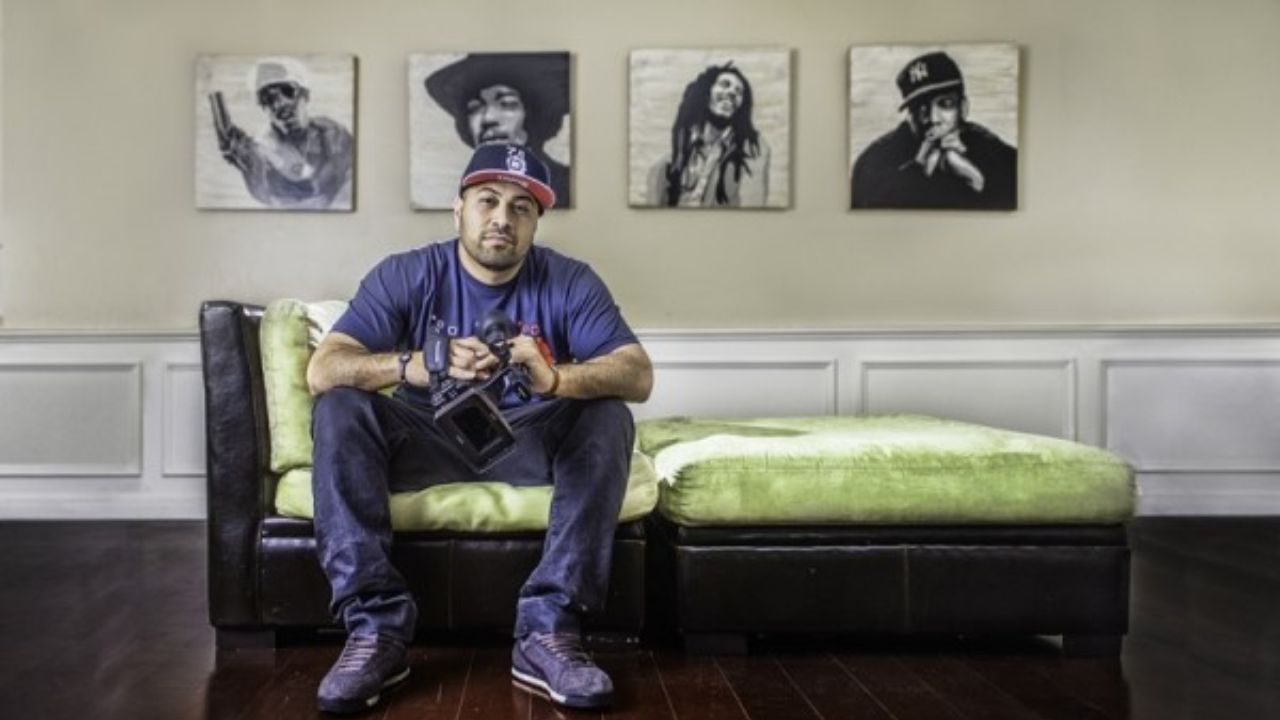 Tony Vainuku, whose precise age is unclear, is the Emmy Award-winning director for the docuseries In Football We Trust in 2017. His film Sincerely 4ternity was screened in The Real Housewives of Salt Lake City in which many guests including Brooks Marks had a private show. His latest docuseries Untold: The Girlfriend Who Didn’t Exist is now premiering on Netflix. While Tony Vainuku does not have a wife, he is reportedly dating his girlfriend Marie Varanakis. His net worth is estimated at $1 million in 2022.

Tony F. Vainuku is a Polynesian American filmmaker and director. Tony Vainuku, is a skilled director well-known for his work in film. He is admired for his laudable work as a director on films and television shows including Untold: The Girlfriend Who Didn’t Exist, In Football We Trust, and many others. Because of his feature-length documentary In Football We Trust, Tony won an Emmy Award in 2017.

Tony started his career as a creative multi-media director, and today, in addition to directing movies, he also owns the Soulpro clothing line. Tony Vainuku was born in Salt Lake City, Utah, to immigrant parents, his father from Tonga and his mother from Holland. He received his degree from Utah’s Westminster College.

Together with Erika Cohn, he co-directed his first feature documentary, In Football We Trust, which had its world premiere at the Sundance Film Festival in 2015. He directed the 2022 Netflix film Untold: The Girlfriend Who Didn’t Exist. The production business M88 recently signed him.

His recent television show Untold: The Girlfriend Who Didn’t exist is aired on streaming services like Netflix. The fans online are admiring his work and he is gaining a lot of attention from the fans online. Read this article to know more about the talented director and his works.

The Emmy Awards 2017 Winner Tony Vainuku: The Director Behind in Football We Trust, the Girlfriend Who Didn’t Exist, and Sincerely 4TERNITY!

Tony Vainuku (@tonyvainuku) is an amazing director who directed many films including Untold: The Girlfriend Who Didn’t Exist, In Football We Trust, and many others. Turns out Tony Vainuku, the director, is Jen‘s cousin and has starred in The Real Housewives of Salt Lake City. Jen is hosting a party at the Shah Chalet for the showing of his film, Sincerely 4ternity. Reportedly Brooks Marks and many others attended.

Untold: The Girlfriend Who Didn’t Exist is a documentary film directed by Tony Vainuku and Ryan Duffy for Netflix in 2022. The movie is the sixth in a nine-part documentary film series called Untold. The plot chronicles the lives and career of Manti Te’o (@mteo50), an All-American football star for Notre Dame, and examines how a secret internet relationship endangered both his reputation and profession. The documentary premiered on August 16, 2022.

When the truth came out, Te’o was made fun of in the media and on television for his fake internet girlfriend, which at the time was enormous news. The two-part documentary The Girlfriend Who Didn’t Exist, part of Netflix’s Untold series, revisits the odd narrative and exposes who he was actually speaking to.

Similarly, Tony Vainuku’s film In Football We Trust portrays a moment in time as the Pacific Islander presence in the NFL grows. This feature-length documentary takes viewers inside the tightly-knit Polynesian community in Salt Lake City, Utah, offering a fresh perspective on the American immigration tale. The film, which was shot over a four-year period with exceptional access, depicts four young Polynesian guys in close proximity to gang violence and near poverty.

In 2017 Vainuku won an Emmy for best director for his great documentary In Football We Trust. The two-part Untold documentary series finale, was also directed by the Polynesian-American director and was produced by the Way Brothers on Netflix. Vainuku is now working on a docuseries for Scott Budnick’s One Community as well as the documentary series American Gladiators with Campfire Films.

Tony Vainuku, the director, has now joined M88. And UTA remains Vainuku’s agency, while Community Films represents her in commercials. Phillip Sun, a former partner at WME, together with colleagues Oronde Garrett and Gaby Mena founded M88 as an independent representation company in 2020 with the help of MACRO founder and CEO Charles D. King.

Profile
Ali Skovbye’s Wikipedia: Age & Instagram of the Firefly Lane Cast!
Profile
Julia Haart’s Education: What Qualification Does She Have? My Unorthodox Life Update!
Reality Check
Haart Sphere Metaverse by Julia Haart: Her New Company Could Be the Face of Technology; Learn About Her New Startup/Business!
Profile
Meet Julia Haart’s Ex-husband, Yosef Hendler: Is He Married to His New Wife? What Is His Occupation/Job & Net Worth?
Profile
Julia Haart’s Diet: Know Why the ‘My Unorthodox Life’ Star Looks Too Skinny in Season 2!