Is Manti Te’o Still Playing Football in the NFL? Who Is He Married To? Where Does He Live? 2022 Update! 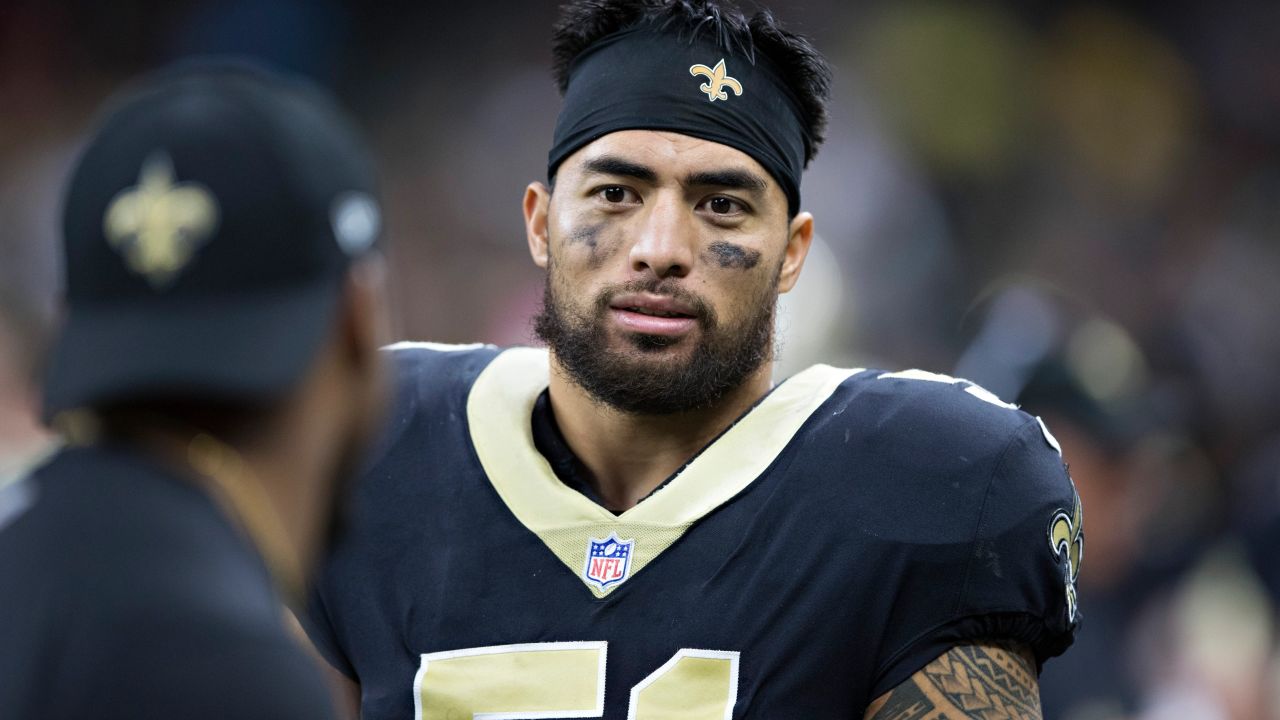 Manti Te’o is technically still playing football in the NFL, however, he is an unsigned free agent as of 2022. He can be part of the NFL if a team decides to sign him. Additionally, he is married to his wife, Jovi Nicole Engbino, and lives in Utah.

Untold: The Girlfriend Who Never Existed, a Netflix original tells the story of a rising football star who was catfished. The subject of the story is Manti Te’o, whose career appeared to be more promising than that of any of his colleagues. Manti wasn’t simply very skilled at the game; he also gave off the impression of being a devoted Christian and, more significantly, of having experienced a great personal tragedy.

The Netflix show describes how Naya Tuiasosopo assumed the identity of Lennay Kekua. Despite never having met the real Lennay in person, Manti formed a relationship with her. The story started to fall apart when Manti revealed that his lover had passed tragically from leukemia six hours after his grandmother had died. This is when everything came to a head.

As the show is making headlines globally, viewers from all around the world are currently seeking more information about all the people involved in the incident. Most commonly, viewers wonder if Manti Te’o is still playing in the NFL. Let’s find it out.

Previously, we touched on Tony Vainuku.

Manti Te’o Is an Unsigned Free Agent With the NFL as of 2022 and Can Be Seen Still Playing Football if a Team Signs Him: Who Is He Married To? Where Does He Live?

Manti Te’o (@mteo50) is still playing football in NFL, however, he is a free agent and has yet to be picked by a team in 2022. Also, he currently lives in Utah and is married to his wife, Jovi Nicole Engbino.

Te’o established himself in the sport of football at an early age and had a distinguished undergraduate career at Notre Dame. In addition, he was the 2012 Heisman Trophy runner-up and the winner of awards including the Maxwell Award, Lott Trophy, Bednarik Award, and Walter Camp Award.

The media and the fans were already aware of Manti Te’o’s skill for the game, but when it became known that he had lost both his girlfriend and his grandmother in the course of less than a day, they praised him for his dedication even more. He received a ton of condolences, but all rapidly changed when a Deadspin piece showed that his dead lover was a fraud.

After that, his personal life and football career were completely in the public eye, which had a negative impact on both. He denied the claims that he was involved in the hoax and described how upsetting the entire experience was for him. In and 2013 interview with Vanity Fair, Manti Te’o said,

You have someone you love die. And you find out the person isn’t real—that it’s all a big prank. You still go through the feelings of losing that person. The relationship, to me, was real. The illness, the accident, her dying—these were all real to me. So my feelings about them were real.

At the time, Manti was a renowned college football player, and he has been a well-known figure in the sport ever since. Even so, when he was getting ready for the NFL draft, he was frequently the target of jokes. Manti has been accused by some of participating in the scheme for publicity.

Manti Te’o was selected by the San Diego Chargers in the 2013 draft despite the negative media blitz, and he played defensive linebacker for the team for four seasons. Before joining the Chicago Bears in 2020, he first signed a two-year deal with the New Orleans Saints. He is an unsigned free agent with the NFL as of 2022.

Additionally, in August 2020, he made the announcement that he was getting married to Jovi Nicole Engbino, a beauty advisor and personal trainer. A year later, they welcomed Hiro, their first child, and, according to CBS News, they are currently expecting another kid. Manti also said at the end of the documentary that he forgives Naya Tuiasosopo even if they are no longer in contact.

Moreover, Manti Te’o has established a career outside of football in real estate. He is the chief executive officer of San Diego-based real estate investment company, HI 5 Homes. Additionally, he also founded Ohana Homes and Investing in San Diego with others.