Stephanie Hoffman from ‘Metal Shop Masters’ on Netflix is a Welding Goddess! 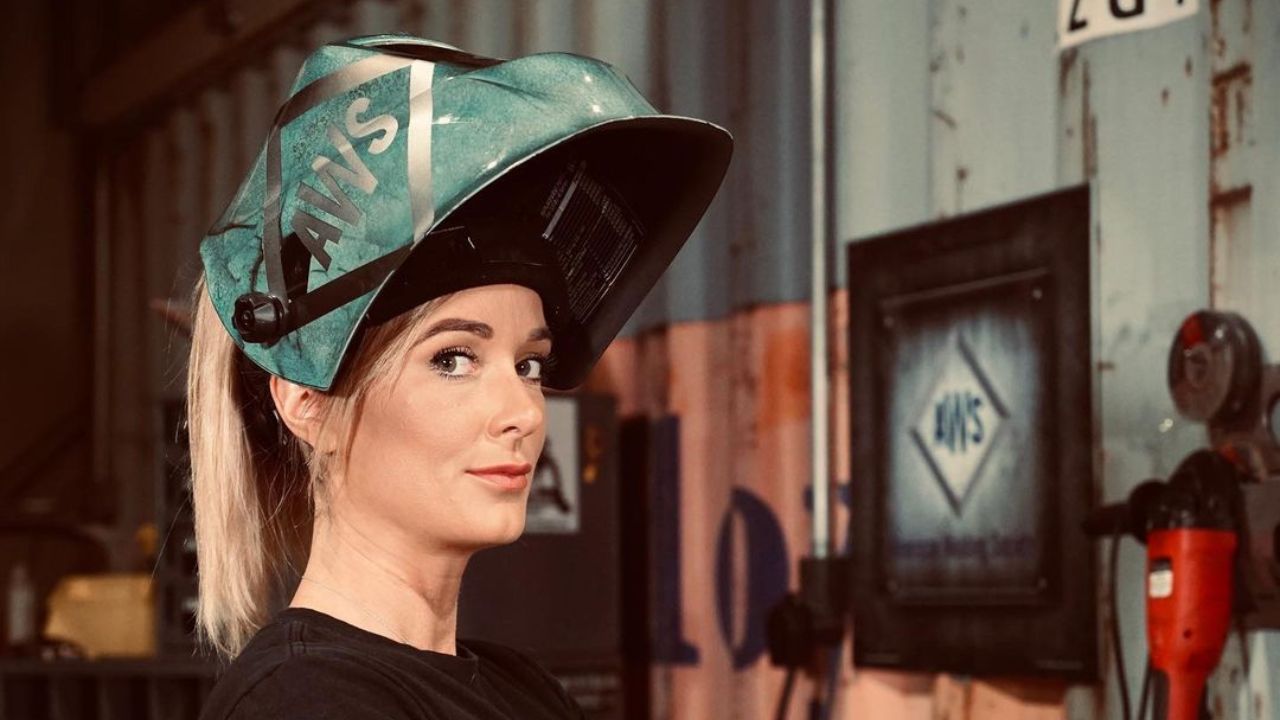 Welding expert Stephanie Hoffman is a judge on Metal Shop Masters Netflix. Stephanie is married to her husband Steve Wedding and shares a daughter.

Metal Shop Masters, a brand new reality competition series on Netflix, debuts on the streaming platform on 10th September. To compete for a $50,000 ultimate prize, exceptional master welders compete in an array of challenges.

The show is hosted by comedian and Netflix mainstay Jo Koy (rumored to be gay) and the cast includes two of the top metal fabricators as judges, Stephanie Hoffman and David Madero.

Stephanie Hoffman is a brand new Netflix star on Metal Shop Masters. Her inspiration for metalwork came from her father, who owned a paving company that employed welders.

The 13-year-old Hoffman enjoyed helping her father with his work and learned to weld when she was 13. While a student at Lacey Township High School, she had the opportunity to take elective classes in welding.

Ocean County Vocational-Technical School certified her in her final couple of years of high school. Hoffman served in the U.S. Army Intelligence Corps following her graduation.

Stephanie resigned from the military and reverted to welding. And now, she is starring on Netflix‘s Metal Shop Masters.

As for her academics, Stephanie Hoffman earned a degree in teaching and went on to train welding at Salem County Vocational-Technical Schools.

In the meantime, she is a member of the American Welding Society (AWS), with whom she traveled the country and led workshops to inspire more people to pursue a welding career.

UnderGround Metal Works is owned and operated by Hoffman. Her workshop focuses on tattoo-inspired metal fabrications (a manufacturing process used to shape metal into parts or end products) and has a large social media following.

For many of her projects, she frequently partners with Barbara Parsons, called Barbie the Welder.

Stephanie Hoffman Shares a Daughter with Her Husband Steve Wedding

Stephanie Hoffman resigned from the army to devote more time to her daughter, Brylee (born in 2009). Brylee, too, is a metalwork aficionado, and Hoffman has remarked how much she enjoys sharing the skill with her daughter.

In addition to being the metal goddess, she is married to her husband Steve Wedding. He’s ecstatic about his wife’s debut Netflix appearance and can be found supporting Metal Shop Masters on social media.