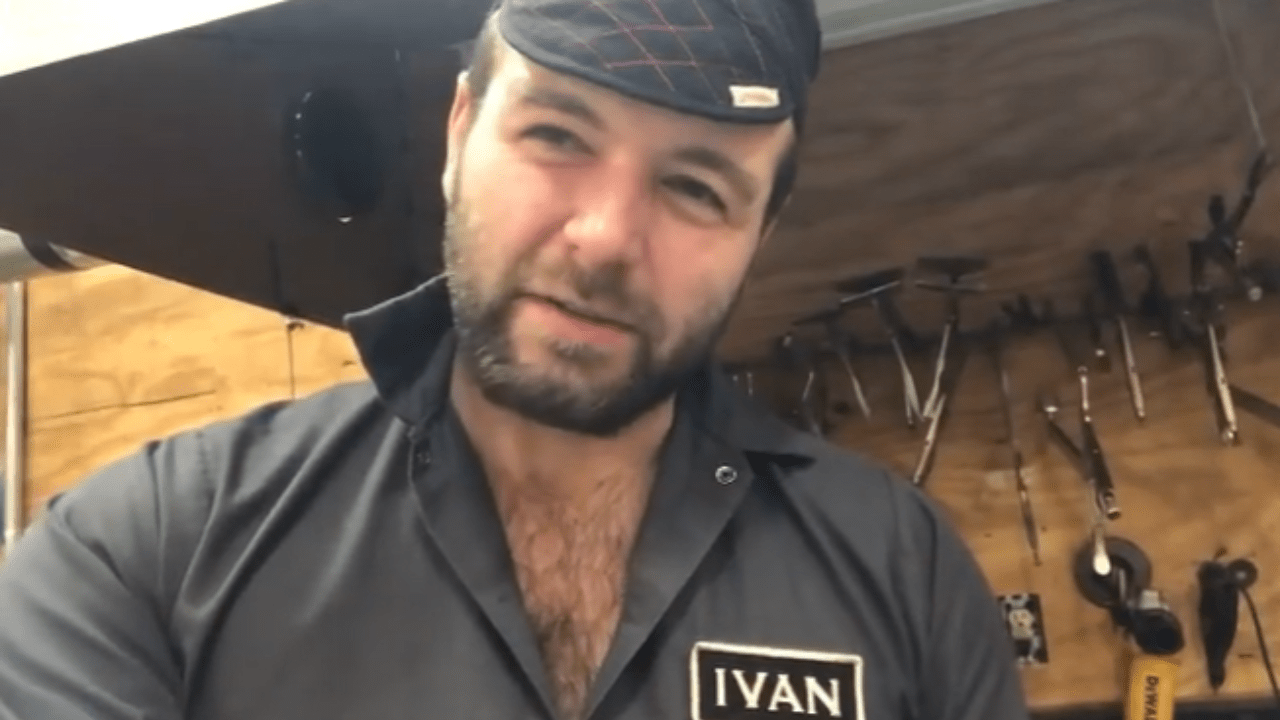 Ivan Iler is a contestant on ‘Metal Shop Masters’ on Netflix. The reality show premieres on 10th September 2021. Learn details about Ivan Iler in more detail.

You may have witnessed some of Ivan Iler‘s artworks in the mid-Michigan area. From Portrait of a Dreamer in the capital city of Michigan, Lansing, to the Ledges near Grand Ledge, there’s something for everyone.

Now, the metal craftsman and sculptor is exhibiting his skills on television through the new Netflix reality competition Metal Shop Masters.

The St. Johns artist, Ivan Iler, is one of the contestants on Metal Shop Masters, a new Netflix show. Season one premieres on September 10 and is all about gathering outstanding metal performers and seeing who can emerge victorious.

You’re giving them certain things they have to work with and they have certain ideas of what they have to build and then they go ahead and build it.

He claims he was discovered for the show via social media. Somebody noticed his work and realized he needed to be on the program.

I thought it was a joke at first. I was like quit screwing with me. They were like, ‘No we’re serious. We’re going to fly you out to California and putting you on the show.’

With elimination on the menu, sparks fly, torches are ignited, and the race is on to determine who will walk away with a trophy, $50,000, and the opportunity to be declared the best.

Iler believes the viewers will be thoroughly entertained.

Ivan Iler, renowned for his truly incredible sculptures, says he’s always loved art. It began when he was a child. He was always attempting to build something, whatever he got his hand on, whether it’s Play-Doh or crayons.

The Netflix alum knew he didn’t have enough money for college when he was still in high school, and there wasn’t much else he could think of doing, so he became a tattoo artist. That’s what he did for a number of years.

That didn’t go so well for him. So he worked in factories, even at a gas station, before opening a motorbike shop.

It appeared to be a chance for him to do his artwork while still earning money. He’s making metal objects, and he works with leather. The Metal Shop Masters contestant enjoys painting and being able to make things.

Then he started creating sculptures out of scrap metal and placing them outside, which changed his fortunes, He ended up opening the door to new opportunities.

Ivan Iler even began to win Scrap Fest in Old Town. Fast forward to today, and he is pretty much living his dream.

The idea that someone decided to make this program and then invite him to be a part of it, to get the opportunity to put his work out there to millions of viewers and let the entire world see what he can do. He’s really humbled, and he believes it’s going to be fantastic.