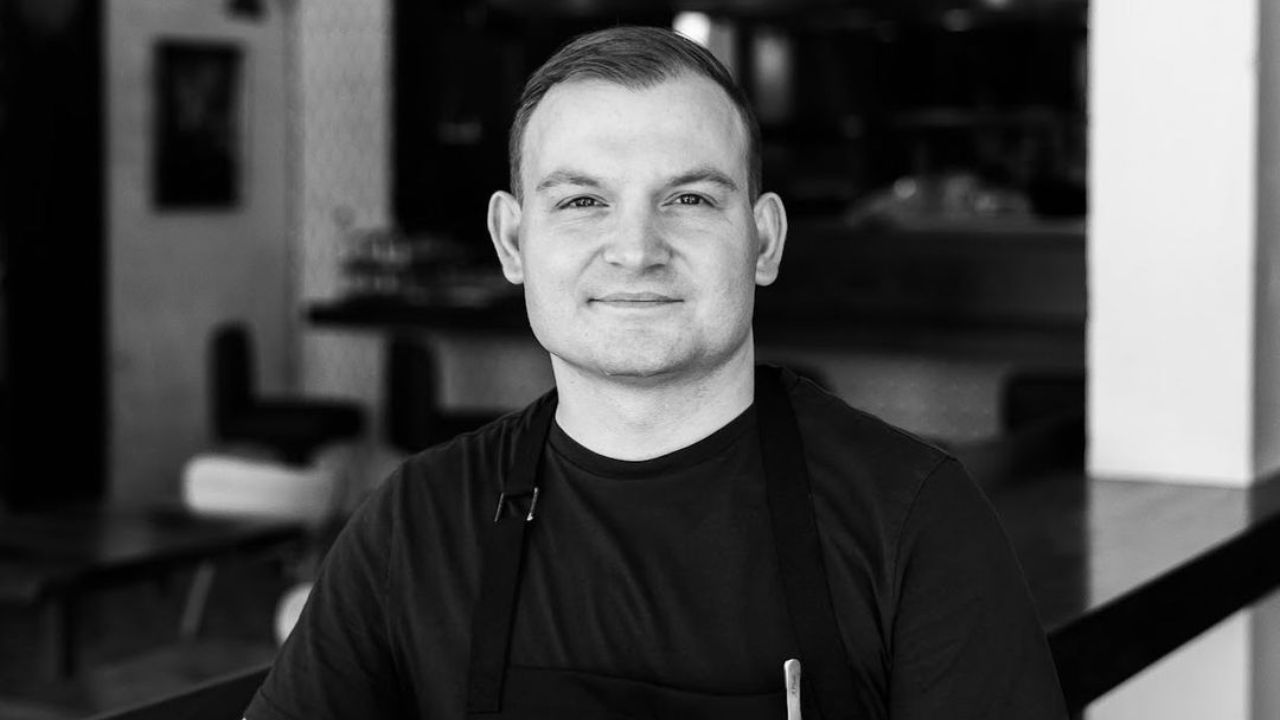 Chef Sergei Simonov, one of the cast members of Netflix’s Pressure Cooker, was one of the semi-finalists of the show. He currently works as an executive chef at Loquita Santa Barbara. According to his Instagram (@chefsimonov), Sergei has been in a relationship with his girlfriend, Joey, since 2014.

However, Pressure Cooker has put its own twist on this by having the 11 participants share a house, similar to Big Brother. It’s interesting that this is the first show of its sort, according to Netflix. The chefs will serve as each other’s judges throughout the eight-episode series. Therefore, it is up to them to choose someone based on their cooking abilities or to eliminate them if they are too talented to compete.

Therefore, it comes as no surprise that the format draws chefs with distinctive personalities, like Sergei Nicholas Simonov. You’ve come to the right place if you wish to learn more about him. Well, let’s get started.

Chef Sergei Simonov From Pressure Cooker: The Executive Chef Has Been in a Relationship With His Girlfriend, Joey, Since 2014!

One of the semi-finalists, Chef Sergei Simonov (@chefsimonov), dazzled the audience with both his culinary and organizational skills. The reality TV celebrity works as the Executive Chef of LoquitaSB, which is located at 202 State Street in Santa Barbara, California. In comparison to his competitors who serve fewer customers and operate as private chefs, he sees the position as a competitive advantage.

He has been overseeing the culinary crew and cooking for more than ten years. He felt he had an advantage over other competitors on Pressure Cooker because of this as well. He explained,

They don’t get to feel the heat and the burn of the kitchen and the line. I’m one of the few that we do 500 to 600 covers a night.

Like several of his co-stars, Sergei had already been on television before joining Pressure Cooker. He was featured on the Food Network‘s Chopped Next Gen as one of the chefs.

During his introduction on the show, Sergei discusses his “punchy and strong” cooking approach saying, “I want to make sure everyone knows Sergei’s here … for the big, bold flavors.” Of course, his dealings with the other chefs occasionally reflect that audacity. For instance, in Episode 1, when Sergei discusses working with renowned chef Brian Malarkey, a few of his fellow chefs appear to roll their eyes; later, a participant criticizes him for being “bossy.”

Sergei, however, is not what he appears. He also shows humility and respect, admitting that he needs to improve his culinary abilities. He recently said in an interview with the Santa Barbara Independent that he still has to improve on several non-food-related aspects of his cooking abilities. As an executive chef, he said that cooking is easy and he just wants to learn aspects of management, including working with people and numbers.

Returning to his professional background, Sergei entered the field in 2011 as the culinary manager at Chipotle Mexican Grill. After working there for over two years, he moved on to The Lark Santa Barbara as a sous chef and continued to work there for the following six years under Jason Paluska’s guidance. He subsequently started working as a sous chef at Herb & Wood in September 2019, then in April 2022, he was hired as the executive chef at Loquita Santa Barbara, a Spanish restaurant that emphasizes using ingredients from nearby farms.

Along with posting pictures of his kitchen on Loquita’s page, Sergei also posts pictures of the dish itself on his own Instagram account. In terms of education, Sergei graduated from the College of San Mateo with a general education degree in 2011 and then earned an AAS in culinary arts from Santa Barbara City College in 2013 before moving back for a new career with his girlfriend, Joey.

She works as a pastry chef in the culinary arts, just like Sergei. His profile indicates that they have been dating since at least 2014. She also worked at The Lark Santa Barbara, where Sergei was employed, from 2017 until 2019. Prior to that, she worked as a baker for 4 ½ years at SAMA SAMA, 2 years at Bacara Resort & Spa, and 4 ½ years at Ojai Valley Inn & Spa.

Unfortunately, Sergei’s performance on Pressure Cooker just wasn’t up to pace. The only two chefs standing were Robbie and Mike after he was eliminated in the semifinal round. They had to create a four-course feast that told their individual stories for the final job, which Robbie managed to slay.