Chef Renee Blackman From Pressure Cooker: Find Her on Instagram! 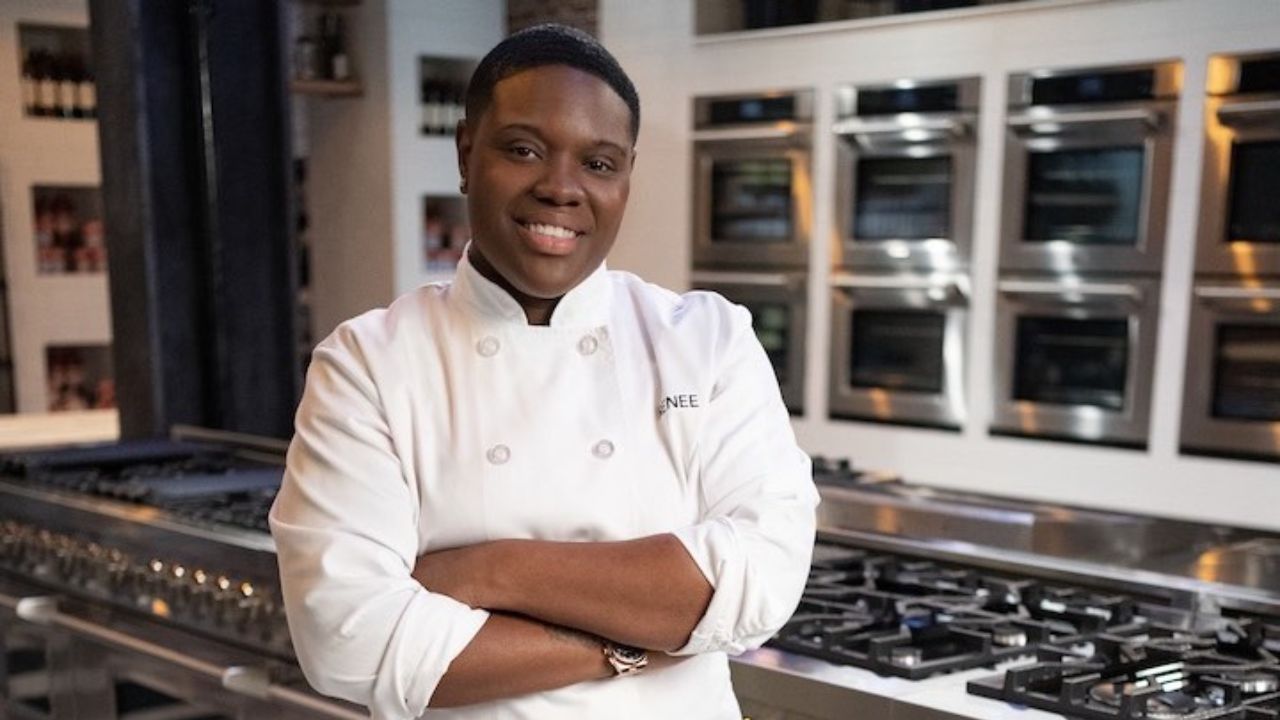 Chef Renee Blackman, one of the cast members of Netflix’s Pressure Cooker, has served many celebrities, including Odell Beckham Jr., Jared Leto, and Kevin Durant. Additionally, she is the owner and executive chef of Bleu Lemonade Parties. Follow to know more about Reenee with her Instagram handle (@chefreneeblackman).

Pressure Cooker on Netflix is a fun reality show that combines competition with food in a unique way. While most culinary competitions rely on the judgment of judges, this specific series lets contestants rate one another and choose the winner. This implies that having the ability to prepare great food is not the only talent required to win the top prize of $100,000. After all, keeping up positive interactions with others could prevent your elimination.

Viewers get a double dose of enjoyment from the availability of delectable foods made by some of the best chefs. As the cooks discover themselves giving in to their competitive instincts, there is undoubtedly enough drama for spectators to enjoy.

Among the 11 contestants, one of the most interesting contestants to watch out for is Renee Blackman. No doubt, she is one of the most popular chefs in the show. With the claim of cooking for many celebrities, many viewers of the show have been curious to know more about her. Well, here is everything you need to know about Renee.

Renee Blackman From Pressure Cooker: The Popular Private Chef Is the Executive Chef and Owner of Bleu Lemonade Parties!

Chef Renee Blackman (@chefreneeblackman) is a well-known private chef and caterer who has cooked for many popular celebrities. She not only builds self-assured tastes, but she also doesn’t mind taking risks. Look to Renee to tell it how it is outside the kitchen: who can’t be trusted, who deserves a second chance, and who should have left long ago. She works well with others and is honest, which is entertaining to see from the couch.

Renee Blackman, a native of Barbados, developed a passion for cooking while growing up by observing her mother Colleen, and grandmother Hazel in the kitchen. She put forth a lot of effort to establish herself in the culinary world, and at the age of 16, she even enrolled in an early culinary program in New York. Renee’s flair for presentation and use of strong tastes have helped her establish herself as a respected chef.

Renee has had positions with organizations including Tommy Bahama, Union Square Hospitality Group, and the Delta Sky Club at JFK International Airport over the years. She has extensive experience working for companies including Creative Edge Parties, Pinch Food Design, and Cloud Catering in New York’s catering business. The chef has also received praise from the James Beard Foundation and has even had the privilege of working in its kitchen.

Renee has been able to prepare meals for NFL and NBA players because of her skills. For example, one of them is NFL sensation Odell Beckham Jr. The football player revealed to the New York Post in 2018 that Renee had encouraged him to eat healthier by slipping in vegetables or drizzling homemade spicy sauce on his food.

Beckham is known for not liking ordinary water, but Renee discovered a way to keep the athlete hydrated by using coconut water. She said, “I buy it by the caseload. Renee also discussed how she expanded Beckham’s appetite in new ways. She recalled, “Initially, when I came in, he said, ‘I don’t like salmon, I don’t like fish. Now, I have him eating salmon and swordfish.” She would also prepare him an alfredo pasta dish with a variety of protein-rich toppings, including chicken, shrimp, lobster, and sausage.

Additionally, even The Real Housewives of New Jersey highlighted Renee’s culinary abilities when she cooked meals at Margaret Josephs‘ home. NFL and Real Housewives stars are only the beginning of Renee’s Resume, according to her booking website. Jared Leto, Kevin Durant, and Chanel Iman are just a few more well-known names on the whole list of Renee’s noteworthy clients.

Especially following her work on Pressure Cooker, it is probable that Renee’s clientele will only expand. On her Instagram, the celebrity chef frequently posts pictures of herself boarding a private jet, perhaps on her way to create something delicious.

She has also been on other cooking programs, such as Food Network‘s Chopped and Kitchen Crash. The reality TV chef has furthermore been highlighted in publications including World Pride Guide, New York Post, and Huffington Post. She is currently the owner and executive chef of Bleu Lemonade Parties, a catering service that offers services, among others, in New York City, New York, and Los Angeles, California. Renee enjoys spending time with her adorable dog, Papa Bleu, while she isn’t working hard.