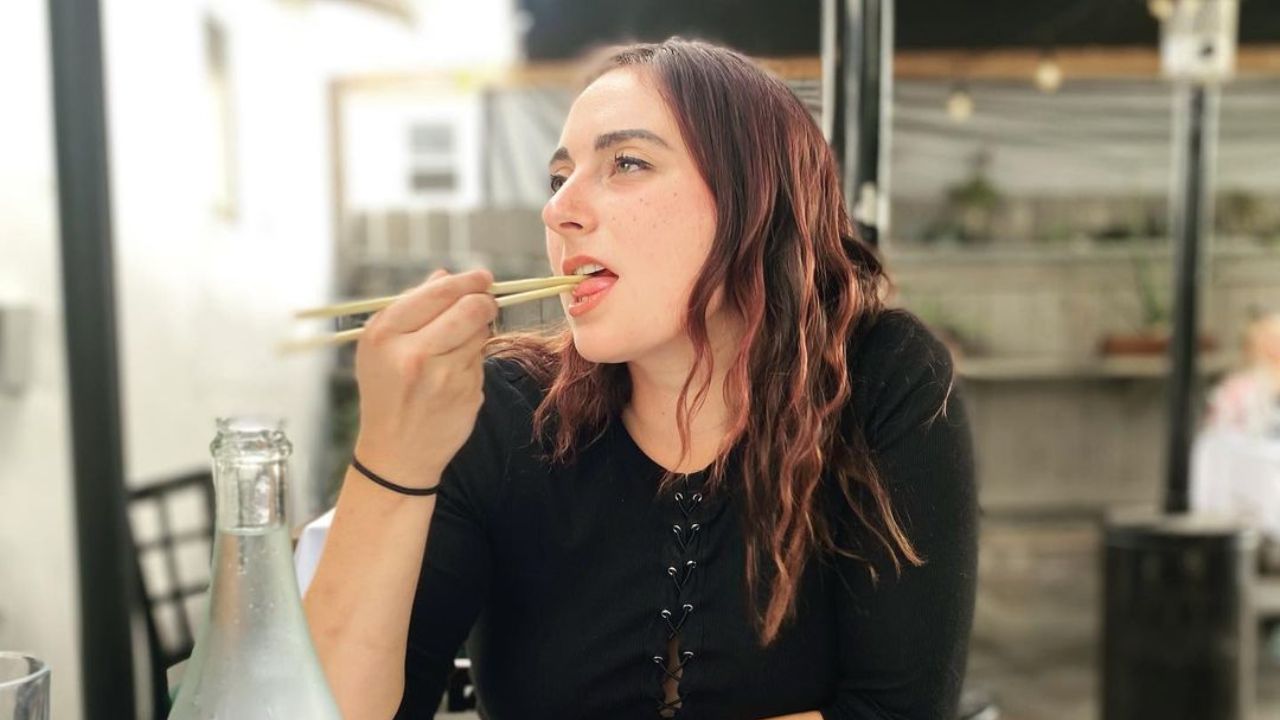 Jeana Marie Pecha, one of the cast members of Netflix’s Pressure Cooker, is a 26-year-old chef who has been passionate about cooking since she was 7 years old. As Reddit users wanted to know, she is now all set to open her new restaurant named Omakase Por Favor, which will fuse Mexican coastal cuisine with Japanese raw food style. Follow to know more about Jeana with her Instagram handle (@chef_jeanamarie).

Pressure Cooker, a new Netflix original series, has a cast of 11 renowned chefs competing in the kitchen for a $100,000 prize. The chefs will be evaluated by one another, as opposed to outside judges, in contrast to other cooking competition shows. As they will be living together, we can anticipate that the drama will intensify both inside and outside the kitchen.

When prized foods are prepared using finely honed abilities — and chefs are challenged to create, eat, and evaluate their colleagues’ dishes — personality quickly overrides taste. Or, to put it bluntly: If no one loves you, it doesn’t matter if you have the finest cooking skills in the group. To say that every episode was filled with anxiety is an understatement. Bonds were strained throughout the first season, and betrayal occurred more than once.

Jeana Marie Pecha, whose techniques significantly helped her advancement in the game, was one of the most well-known competitors from this particular season of the series. Many viewers, especially Reddit users, seek more information about the chef. Well, you’ve come to the right place.

Jeana Marie Pecha From Netflix’s Pressure Cooker: The 26-Year-Old Chef Is All Set to Open Her New Restaurant Named Omakase Por Favor in 2023!

At the age of 26, Executive Chef Jeana Marie Pecha (@chef_jeanamarie) entered Pressure Cooker with the hopes of winning the $100,000 top prize. The 26-year-old felt confident about managing the social component of the competition in addition to her cooking abilities.

In reality, she made every effort to influence viewers’ votes in favor of Brian Nadeau during the second round of the competition. This came after the two made a pledge to support one another. She made an effort to maintain excellent relations with Christan Willis, just in case she wasn’t sent out. With two votes against Christan’s six in the voting results, Brian was declared the winner.

Jeana made careful to continue developing her culinary abilities as the season went on while keeping up her relationships. When it came time for her, Lana Lagomarsini, Sergei Simonov, and Caroline Gutierrez to vote someone out, she was able to guarantee that she stayed in the game since Sergei and Caroline formed an unbreakable bond. In order to avoid being eliminated, she tried to stay as positive as she could with this duo.

However, according to Mike Eckles‘ evaluation of the Top 7 challenge, her dish placed her in the bottom 3 with Renee Blackman and Ed Porter. The three had to compete in an elimination task that Sergei would judge because he had won the last challenge.

Even though Jeana defeated Ed, Renee and she were still at risk of losing the vote. The remaining members of the house voted to retain one of the two cooks on the program. Renee’s elimination from the game came about after the remaining 4 competitors picked her for elimination.

Although she is originally from Los Angeles, California, Jeana now resides in Sacramento, California.  She first developed a love for cooking at an early age, and she always works to advance in the culinary field and influence people via her cuisine. She wants to ensure that everyone around her is having a good time as well as keep a positive relationship with her staff.

Making coastal Mexican or Japanese fusion food is where Jeana feels most at home in the kitchen. She attributes her success in the business to being “the first one in and the last one out.”

Jeana came up with the idea for Omakase Por Favor: Cantina and Raw Bar because of her creative imagination. The company creates a beautiful range of meals that makes you desire more by fusing Mexican coastal cuisine with Japanese raw food style. Additionally, the restaurant will also feature signature oysters, ceviche, and fresh seafood.

Although Omakase’s services are now only accessible for events, it appears that they may open a physical facility in the summer of 2023. The majority of the stuff that Jeana shares on her blog, which she also maintains, is devoted to food. The reality TV chef enjoys spending time with her friends and family when she’s not working with food. She also appears to have a gorgeous cat with emerald eyes that she enjoys a great deal.